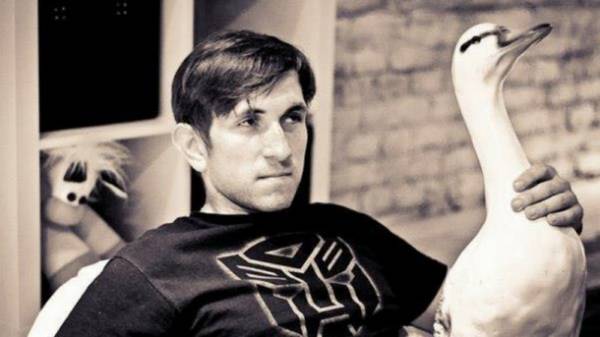 Residents of the city of Charlotte sorry about the death of a Ukrainian Yaroslav Maciuca, who was shot by police. Law enforcement authorities began an internal investigation, reports TSN.

Witness the death of a Ukrainian neighbor Samika, describes Yaroslav as a good guy who helped in the home, was friendly and helpful. According to American women, on the street with a gun in his hand he talked about wanting to commit suicide, and no one else not represented a threat.

“They killed him, not give him any chance! They are trying to say that I shot him in the chest, but they are in the back they shot him,” – says an eyewitness of the events.
Another neighbor of Losiukov said that the Ukrainian was suffering from a mental illness, stopped taking drugs and his emotional state deteriorated significantly. “He was mentally unstable. He did not take drugs and what happened to him, I call “poplevel”. He left the house with a gun, then the police came, saw him, and if you’re pointing the gun at them – this is a threat to the police. They acted in response, used force and killed him. They had no other choice,” says Tyrone.

The police have a recording from the DVR, but it is part of an internal investigation, so the police decided not to share it with the press.
Police officer Brian Walsh, who pulled the trigger was suspended from work. Experienced police officers say that most likely, we are talking about a suicide by cops. This is a common occurrence for US, the essence of which is that wishing to take their own life are often not able to do it, and try to delegate responsible last action in other hands. The easiest way to provoke the police.

“As soon as someone puts the officer’s life is threatened, or the lives of others nearby, the police has permission to shoot to kill. Most police officers are trained to identify attempts “suicide-by-police” or the real need for help, which people often can’t tell,” says coach special programs for law enforcement Jeff Jannarone.