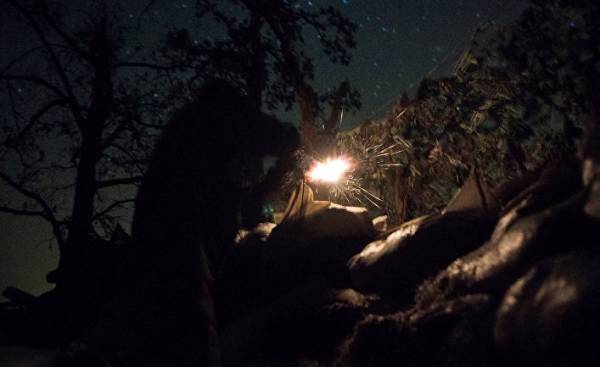 The awful thing is that because of the condescending attitude of the European Union to the fault of Poroshenko continue to die innocent people. In an interview with ParlamentníListy.cz said the Director of Russian “Fund of progressive politics,” Oleg Bondarenko, who is engaged in the conflict in the Donbass. According to Bondarenko, Europe must not close our eyes to the fulfillment of the Minsk agreements.

— ParlamentníListy. cz: For the West, the situation in the Donbass frozen at the stage of regional conflict. The world’s media almost ceased to give news about the events in Donbass. What do You think?

— Oleg Bondarenko: the Civil war in the Donbas continues. In the result of Ukrainian shelling are still dying civilians. However, the world that has little interest in, like the war in Syria and somewhere in Africa. And this is a serious problem in Europe. It is the fourth consecutive year is a civil war, and Europe can’t do anything about it. While in European capitals will take to Poroshenko, the war will continue. Alas, Europe indulges him and doesn’t force you to implement the Minsk agreements.

— Now there is trench warfare. Remarque wrote, “on the Western front without changes”. But these sluggish actions — trap, a real time bomb for Europe. How and when it will end, nobody knows. The horror that because of the condescending attitude of the European Union to the fault of Poroshenko continue to die innocent people

— Russian writer Zakhar Prilepin is the Deputy commander of one of the Donetsk units. But what is its true role? He writes about his participation in the Ukrainian events the book?

— His role — a writer at war. Hemingway, Exupery, Tolstoy, Pushkin, many great writers have gone through it. But the main thing for them was not the number of enemies killed, and redeemed by the blood war prose.

Ukraine and its armed forces, as You noted, do not perform the Minsk agreement, more precisely the so — called Minsk-2. But the second side is not without sin. Can You objectively assess the situation?

— Objectively? The Minsk agreement is in the public domain — to the last document, so read. They suggest, first of all, the withdrawal of troops from the frontline and exchange of prisoners, constitutional reform in Ukraine, the adoption of laws on the special status and the holding of local elections in the Donbass. The parties agreed that only after all this, the border control can be transferred to the Ukrainian side. But Poroshenko wants everything to be the opposite, that is, first, to regain control over the Eastern border. However, after that nothing will make him to meet the wishes of Donbass. Yes, Poroshenko himself admits it. And so the Donbass does not want to be a part of Ukraine. He made his choice, and it should be accepted.

— How the moment the US and the European Union support the Ukrainian armed forces?

— The US continues to supply Poroshenko with lethal weapons. It could trigger a new, more bloody wave of war.

— Would you like to postpone negotiations on the Donbass from Minsk to Prague. Why?

The Minsk agreements were overloaded. Therefore, it would be better to find a new platform for revaluation and regular discussion. It would be more useful. Why Prague and not this site? If Czech politicians will agree on this, then why not?