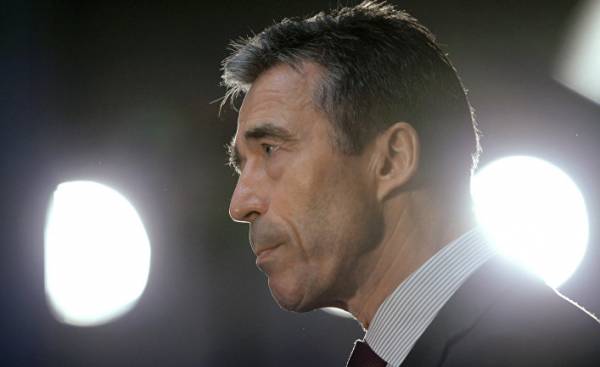 Die Welt: What are the living conditions in the Crimea, three years after the annexation by Russia?

Anders Fogh Rasmussen: first it’s Necessary to say that Russia interrupted the flow of information from Crimea. This complicates accurate assessment of the situation. However, you can assume that the illegal annexation of Crimea carries huge economic difficulties. The conditions of life of ordinary people has not improved. Russia focused on the development of a strong military presence in Crimea, which shows that the true motive of annexation was Moscow’s desire to take strategic and military control of the Black sea.

— What can you say about the situation with human rights in Crimea under Russian domination?

— As far as one can tell, it is catastrophic. The Tatar minority is particularly exposed to harsh suppression by the Russian authorities.

Is it realistic to expect that Russia will ever return Crimea to Ukraine? If not, how to deal with this problem in the long run?

— Allow me to answer this question a historical parallel. The USSR once misappropriated the Baltic States. Many of us who grew up in the shadow of the cold war, it was impossible to imagine that these States are ever on the loose. But at one point the situation has changed, the Communist system collapsed and the three States regained their freedom and independence. Today it is a thriving democracy. It is hard to imagine that it is possible to push Russia to return the Crimea. But it is possible that new events will change the situation. But to keep the opportunity open, the West is in any case can not recognize the illegal incorporation of Crimea into Russia.

— Is there still hope for successful realization of the Minsk agreements? Whether the Ukrainian side alternative scenarios of how Ukraine could regain control over the Donbas?

— The Minsk agreements have a number of weaknesses, not to say constructive errors. But I do not think that there is an alternative to these agreements. In any case, an urgent need to clarify they contained certain aspects. This relates primarily to the return of control over Ukrainian borders. While Ukraine does not have this control, it is hard to imagine how to stop the invasion of Russian troops and weapons to Eastern Ukraine, and how it is possible to hold free elections. Clarification of the question of how and when Ukraine will regain control over its borders must be a priority, because it is a prerequisite to the realization of all the other contained in the Minsk agreements of steps.

But it is not necessary to greatly increase the pressure on Moscow? Now there are rather opposite signs. So, the American President Donald trump can make a deal with Putin at Ukraine’s expense…

— I believe that the risk of concluding such transactions, meanwhile, has declined. In Congress, a wide majority of those who adhere to a tough stance towards Moscow and who supports Ukraine. In addition, events such as the resignation of councillor Flynn’s security because of its close contacts with Moscow complicate the Trump possible concessions towards Moscow. We need to be alert, but I do not think that this danger is relevant today. In General, I support a more active U.S. participation in the implementation of the Minsk agreements. The only way to create the necessary pressure on Russia to bring it to life.

— Can or should the EU do more to support Ukraine in the process of implementing reforms?

In some areas, the EU already acts. With some slowdown as it implements its promise of visa-free regime to Ukraine. The same applies to the free trade agreement, and I expect that the Netherlands will soon ratify it. But as far as support economic development of Ukraine and its public reforms, we really need to intensify our efforts. Since the development of Ukraine towards a society with a functioning market economy and democracy is the best way to push Russia to a constructive position. This will show the Russian population that there is an alternative nationalist Putin’s course.

— Should the Europeans to support Ukraine and military supplies?

The argument against this is that then Russia will take the path of further escalation. But if Moscow continues its aggression, we will be forced to respond. As an option — supply of defensive weapons to Ukraine.

— Increasingly, in Western Europe suggests that the process of implementation of reforms in Ukraine stalled. What do You say to that?

— That’s not true. Ukraine held a deep, partially unpopular reforms. Just two examples of industries in which much has happened: With the aim of fighting against corruption was recently introduced system of electronic Declaration of all incomes of civil servants. In the energy sector were abolished, subsidies, savings were reduced energy dependence. The fact that in some European countries claims to the contrary, I believe a consequence of the Russian disinformation campaign. But of course, it is also true that Ukraine is a long way of reforms. And the EU can and should support.