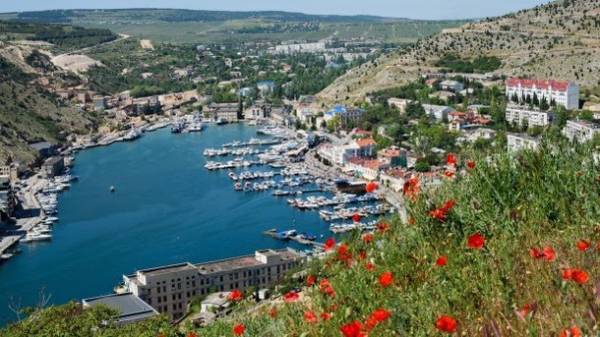 Soviet leader Nikita Khrushchev in 1954 gave the Crimea to Ukraine, and literally forced him to push the Kiev authorities, that they took care of the Peninsula. Told about it in interview to “Observer” the first President of Ukraine Leonid Kravchuk.

According to him, after a trip to the Crimea, Khrushchev was horrified by the situation and decided to give the Peninsula to the Ukrainian authorities.

“Around the same time in the Crimea invited Khrushchev. He took with him the husband of his daughter Adzhubei, who was editor of the newspaper “Izvestia”. Then Adjoubei described this trip. As soon as they got off the train, they immediately attacked the local people. Khrushchev turned around and sat back on the train, but went not in Moscow, and in Kiev”, – said Kravchuk.

He noted that at first Khrushchev had requested the head of the Communist party of Ukraine Oleksandr Kirichenko to take the Crimea, but refused “forcibly” gave it to Ukraine.

“Came in and said, “You have to take the Crimea itself.” This is the idea that we the Crimea, “gave”. He said, “As we can’t, that’s a lot of money.” Khrushchev promised to help, but Kirichenko still refused. Then Khrushchev took his Opanki, were put on a train and they went to Moscow for the Politburo where the decision was made to give the Crimea to Ukraine, which can improve the situation because there are people who know how to farm,” explained the former President.

Note that Russians have always considered Crimea to be Russian and were convinced that Ukraine has received from Khrushchev to the present. But few know that in the part of Ukraine Crimea has evolved from, roughly speaking, “desert” in the developed Peninsula with all the proper infrastructure.