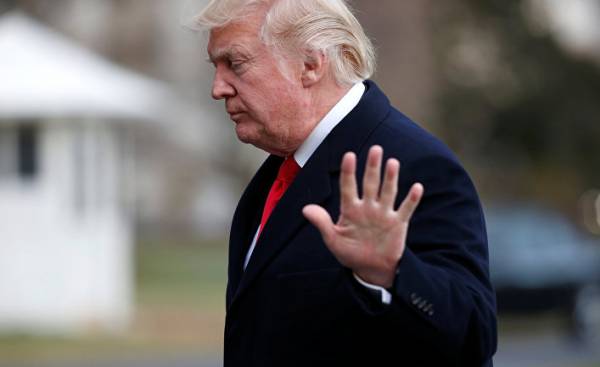 This article I write again on the plane flying to Japan from Washington. This is my third trip to the United States since the end of last year. I participated in the Japan-us seminar on security, which was organized by the Japanese Institute of international Affairs and American research centers, and I think I finally started to understand what is happening in the United States. What I originally was wrong and what was right? I write this openly.

First, I critically analyze their conclusions about the new government over the past few months.

Diplomatic team trump was divided into three groups, which go in different direction

Initially I assumed that there is a rivalry among courtiers, soldiers and experts of the Republican party, but in reality the victory was won by the approximate headed by adviser to the President on policy and strategic issues Stephen Bannon (Stephen Bannon). The military have great abilities, but they are not ready to develop a basic strategy. The result of belated approval by the Congress of the officials of various departments but the Republicans are the experts who know the rules of doing things firsthand, are still out.

Definitely part close is in a very radically, but they think more strategically than I thought. Unlike diplomacy toward Europe, whose ties with Russia are chaotic, diplomacy toward Asia is characterized by stability. Most likely a telephone conversation with the head of Taiwan, and the statements on “one China” it is the preparatory steps that are based on sober calculation.

The essence of the administration of tramp — economic nationalism

This item has not changed and now. Economic nationalism in the international arena means a change to existing policies on trade, but on the inside — a special relationship to the white workers who supported the candidate trump. The main purpose of the administration of tramp — re-election of the current President in the next election.

Tactically to improve relations with Russia and strategically counter China

As for improving relations with Russia, the headquarters of the trump criticized for questionable ties to Russian intelligence, and virtually no improvement. Strategic relations with China are being progressively reviewed. Currently China is struggling to return to the previous level. Things will change if in place of a major terrorist attack…

During last year’s elections, the Republican party controlled not only the presidential administration but also Congress. Some believe that this is evidence of the revival of this party, however, as I note below, the split within the party stronger than it seemed at first glance. The saving grace is that the Democratic party is split even more.

During this trip I was most interested in the fate of a bill repealing the health care reform Obama. This is one of the campaign promises trump, but in the end, the leadership of the Republican party, which proposed the bill, was forced to abandon it. This is a severe blow to the administration trump. One of the reasons is migracionnoe the struggle within the Republican party, but the main reason is that trump non-political experience, and not out of election mode.

Trump has treated this bill with skepticism even before its adoption. He fully trusted the leadership of the Republican party in Congress, have not learned the details of the bill, is not influenced on the Democrats and were going to push their own negotiating capacity. If this is true, the future is scary. The fact that Washington’s policy is different from real estate transactions in new York. Among Republicans who were against the bill, have voters. They have family and friends. One conclusion: trump and his surrounding, which was not enough enthusiasm and efforts to pass the bill, reacted to Washington’s policy is too relaxed.

On the day when the bill was withdrawn, the administration trump announced the construction of a pipeline from Canada, began to discuss the reform of the tax system, and in relation to the withdrawal of the bill behaved as if she doesn’t. Trump intends to continue the election campaign?

We must realize that such a danger exists. Now the policy of Washington toward Asia seems favorable, however, US diplomacy is inextricably connected with domestic politics. Will the trump politics, realizing his error, or he will continue to campaign? The result will affect not only Japan.