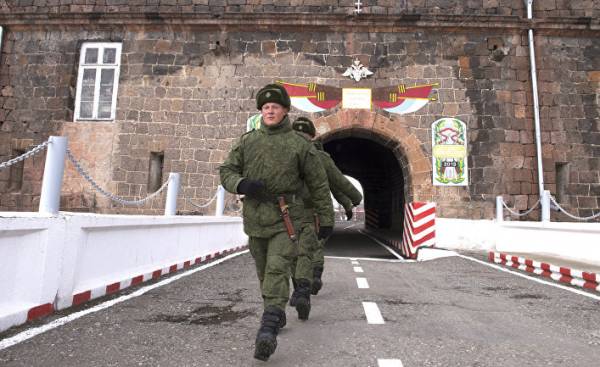 The Minister of defense of Armenia Vigen Sargsyan in his speech at the visiting session of the international discussion club “Valdai” in an interview with the Russian broadcaster RT among other topics, spoke about the influence of Russian-Turkish relations in the South Caucasus region. He said that if Russia will be able to obtain predictable Turkey, it will be in the interests of Armenia. “Because it is more understandable and predictable Turkey is what we always thought. I’m not sure that it could happen quickly, given what is currently happening in Turkey…. The Armenian-Russian strategic Alliance is reflected in the existence in Gyumri 102nd Russian military base. This is an extremely serious limiting factor in the region”,- said Vigen Sargsyan.

This statement from Yerevan is against a background of the process of normalization of Russian-Turkish relations, received a lightning speed in recent months. March tenth President of Turkey Recep Tayyip Erdogan for the third time this year he visited Moscow. After talks with President Putin, he is pleased to have recorded that bilateral relations have recovered almost fully after a deep crisis in 2015. From statements made after the meeting, it became clear that although the parties had not reached agreement concerning Crimea and Syrian Kurds, they have managed to reach a common approach in preserving the territorial integrity of Syria and two major economic projects that have been frozen since November 2015 — construction of the gas pipeline “Turkish stream” and the resumption of construction of nuclear power plant “Akkuyu” in Turkey.

Moscow and Ankara not to stop for the sake of improving their relationships and achieving their higher level than before. Russia is interested in this for the sake of reducing the role of the West in the process of resolving the middle East conflict with the participation of Turkey, strengthening their positions there and smoothing the consequences of economic isolation from the West. In this sense, Russia really need to deal with the most predictable and loyal to Turkey.

But the question is that the closer Turkey gets, the more increases the unpredictability of Ankara at the international level. With this policy, Russia indulges restoration of the Ottoman Empire in Turkey and its expansion to the East, the establishment of a totalitarian regime of Erdogan, suffering from marasmus of pan-Turkism, which will get legitimacy after the confirmation of the constitutional reforms at the April referendum. The whole Europe is trying to prevent the process of the establishment of the Sultanate of Erdogan in Turkey. For this the authorities of Germany, Holland, Denmark banned the Turkish authorities to hold meetings with the Turkish communities in these countries in the framework of a constitutional election, and did not stop even before a possible inciting a diplomatic incident. Under the consistent policy of Erdogan Europe sees the danger not only of alienation of Turkey from the democratic values, but the final loss of control over Turkey.

Contrary to the West, Moscow, opening the doors to Erdogan, not only gives him the opportunity to get rid of international isolation, but also provides a strong card in the hands of the Erdogan — to create an imitation of Pro-Russian orientation and thereby increase its price in the EU and the West. The city directly serves the traditional foreign policy of Ankara-based games on the differences and the receipt of dividends from both sides. At the same time Moscow does not have any guarantee that Ankara is quite reliable, at least for Russia.

The seemingly eternal blindness of Russian diplomacy in Turkey, not learning from history, not only worked against Russia, but also threatened neighboring Turkey regions. While it is not clear how this autonomy will affect the South Caucasus region, for example in the context of the day to the escalating crisis between Iran and the United States, especially that in parallel with this, perhaps under the influence of relations between Tehran and Ankara have become strained. The issue of Iran specifically ignored in the agenda of Ankara and Moscow. Meanwhile, as for the region this is a vital question because it directly relates to the security of all countries in the region, including Armenia.

In this context it is important to remark Vigen Sargsyan made during the sitting held in Yerevan, that in the historical memory of the Armenians remains deep resentment regarding the arrangements of the last century, which are historical Armenian lands were handed over to Turkey. It is clear that we are talking about the convergence of the Kemalist Turkey and Bolshevik Russia — the treaties of Moscow and Kars of 1921. Under these agreements, Armenia, in fact, was divided between them. For the first time Yerevan at a level reminiscent of Moscow the price that she paid for the rapprochement of Turkey and Russia. And the purpose of the reminder was probably to clarify that Yerevan, first, does not believe in the establishment of a solid tandem of Moscow-Ankara in the long term. Second — Yerevan makes it clear to Moscow that though predictable, stable relations between Russia and Turkey is more preferable for Armenia than the political confrontation or war, but Yerevan understands as you can behind him to prepare spells, and sacrifice its vital interests for the sake of another novel. And Armenia will do everything to prevent the recurrence of such a perspective.

This statement was even much weaker than I would like, but still a response to Erdogan’s statement in Moscow after meeting with Putin that the meeting of cooperation of Russia and Turkey at the highest level, the sides discussed issues of creation of the Union of Turkey-Russia-Azerbaijan and settlement of the Artsakh (Karabakh) conflict in this context. Against this background, you can see the special meaning and words of the Vigen Sargsyan about Armenian-Iranian close friendship, and especially about the cooperation between Armenia and NATO. These reminders Yerevan indirectly warned about the possibility of a choice of alternative directions of its security, if not work Russian guarantees of security, or try to go against the interests of Armenia. 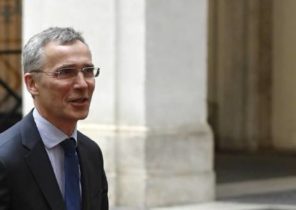