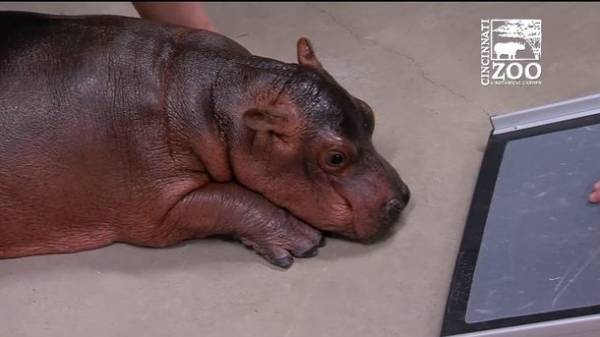 The fact that the baby already weighs more than 73 pounds and was heavy to transport employees of the zoo, so they teach it to yourself to get to the pool. To get to the water the animal should follow special ramps.

First Fiona reluctantly and very clumsily climbs to the top, but after several of these climbs, she more confidently climbs into the pool and does it nearly without the help of zoo staff.

A video with a small but heavy Fiona has already been seen over 12 million times.

Meanwhile, a cunning cat pretended to be dead not to go gulim.