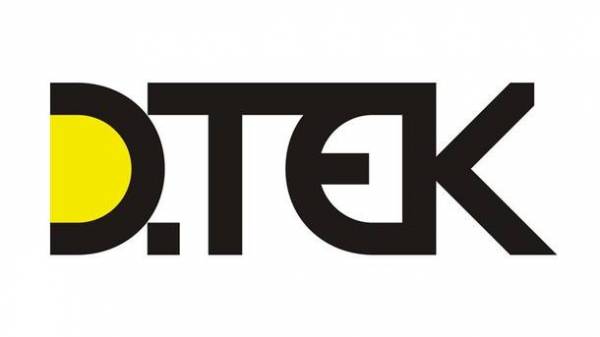 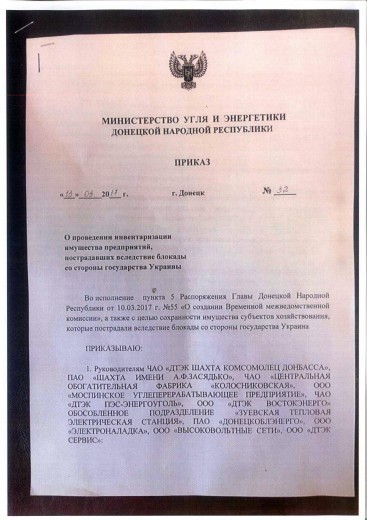 “From this moment on DTEK not control these companies. The company considers unacceptable the requirement of our businesses, any form of pressure will not force the company to change the jurisdiction of its assets”, – stated in the message.

“The incident is the result of political conflict in the Donbas, a hostage of which were and are Ukrainians, Ukrainian businesses and the Ukrainian economy. Businesses operating in uncontrolled territory, is the part of the Ukrainian economic infrastructure. The gap of this production chain will make it impossible for them to work at mines of Donbass, there are no other coal markets, work outside the legal field of Ukraine entails serious legal consequences for all buyers of products, suppliers of equipment and materials for these enterprises. This actually means that you stop the businesses, which will affect the Ukrainians on both sides of the demarcation. The overall result will be a dramatic decline in income and rising unemployment,” said DTEK’s CEO Maxim Timchenko.

For three years of military conflict DTEK has worked exclusively in the framework of the Ukrainian legislation. Last year DTEK, working in the Donetsk and Luhansk regions and are registered in Ukraine, paid to the Ukrainian budget more than 2 billion UAH of taxes. Ukrainian thermal power plants run smoothly, balancing the grid. 36 thousand employees consistently received wages and were provided with social assistance.

“We fought for the preservation of these enterprises in the economic infrastructure of Ukraine for three years, but to ensure further stable operation, we can not. DTEK will try to do everything possible to not leave our employees in distress, suggesting the possibility of transferring and employment at other plants of the company. I hope that the international judicial system and the rule of law will allow DTEK to regain control. Then we can return to normal work”, – said Maxim Timchenko.

In fact the loss of control over enterprises, the company has addressed in law enforcement bodies of Ukraine, state fiscal service, tax authorities and state funds. To protect the interests of the Ukrainian and international legal field, DTEK has attracted a legal company.

Recall that in early March the militants of the so-called “DNR”/”LNR” entered external management at all enterprises of the Ukrainian jurisdiction in the occupied territories of Donbass.

Earlier, on February 28, militants seized control centre of Rinat Akhmetov Humanitarian center, which is located on the “Donbass Arena” on uncontrollable Kiev territories.

Since March 1 of PJSC “Ukrtelecom” was forced to stop providing services to subscribers in the uncontrolled part of the Donetsk region due to the interference of unidentified individuals in the network and the seizure of the office of the company.

On the 13th of March , the rebels seized the hotel “Donbass Palace” and “Park Inn” in Donetsk, the Group of ESTA, and all the equipment in the buildings. 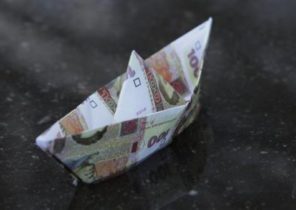