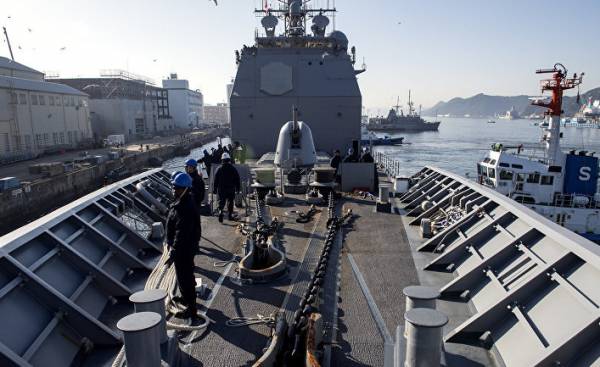 On Tuesday, the Ministry of justice brought new charges of corruption and other crimes seven officers and Admiral of the Navy. This case is called the case a “fat Leonard” bribery and it grew into a scandal of epic proportions that continues in the U.S. Navy for four years.

Among those charged, rear Admiral Bruce loveless (Bruce Loveless), a senior military commander from naval intelligence, who has recently resigned from important posts at the Pentagon and four retired captain of the first rank and a retired Colonel of the marine corps. The military is accused of committing crimes for eight years, from 2006 to 2014.

Sailors accused of receiving bribes in the form of gorgeous gifts, prostitutes and rooms in luxury hotels from a “fat Leonard” as he was called worked in the Singapore military contractor Leonard Glenn Francis (Leonard Glenn Francis), who pleaded guilty in a financial fraud, the CPA for tens of millions of dollars.

In a multi-page indictment lists the bribes allegedly received by the accused, among them 25 thousand dollars, a box of Cohiba cigars for two thousand dollars, brandy for the same amount and hotel rooms at $ 600 per night.

According to the documents of the prosecution, Francis also often paid for violent sexual party, which was attended by many officers from the flagship of the 7th fleet “blue ridge” and other ships.

During other times, “blue ridge” in the port of Manila in February 2007, Francis allegedly arranged a sexual party for the officers in the Suite “MacArthur” hotel “Manila”. According to the indictment, during the party “participants in the sex acts used memorabilia, and historical relics relating to General Douglas MacArthur”.

As noted by the Federal Prosecutor’s office, naval command, in response to the provided Francis the secret service information that allowed his company Glenn Defense Marine Asia to deceive the Navy tens of millions of dollars.

According to authorities, on Tuesday, Federal agents went to six States to consistently carry out the operation to arrest the accused.

Retired Admiral loveless was arrested at his home in Coronado, California. In November 2013, the Navy announced that Admiral checks the Ministry of justice, and temporarily deprived of his security clearance. Last fall Loveless was allowed to resign.

The Navy said that under investigation are about 30 officers, however named only a few names.

Odnozvuchno Admiral Robert Gilbo (Robert Gilbeau) was sentenced in June last year, when he pleaded guilty to making false statements investigators about his contacts with Francis. Shortly thereafter he was dismissed. Next month, the Federal court shall pronounce judgment against him.

In addition, the Navy condemned and subjected to disciplinary punishment of three admirals, of whom Francis was treated at fancy restaurants and gave them gifts.

On Tuesday failed to receive comments from one of the accused. Charges the charges include bribery, conspiracy to commit a crime, obstruction of justice and making false statements to Federal investigators.

All the accused officers have held high command and staff positions in the Japan-based 7th fleet. Francis gave them a bribe, because they could help in the business he and his company Glenn Defense Marine Asia, said in court documents.

This case leads us prosecutors in San Diego with the assistance of the investigative Department of the Navy and the criminal intelligence service of the Ministry of defence.

“This deceit and betrayal of the U.S. Navy on an epic scale,” said acting attorney for the southern district of California, Alan Robinson (Alana W. Robinson). According to her, the defendants “acted together in a criminal group, swapping secrets for sex and serving the interests of greedy foreign military contractor instead to serve his country.”

In connection with the new indictment the number of defendants in the case of Tolstoy, Leonard grew up to 27 people. Today admitted his guilt in 10 current and former Navy officers.

Prosecutor’s office said that the investigation is ongoing, and the test were more than 200 people.

This is the most serious and scandalous corruption case in the history of the Navy that the fleet reeling ever since, as in the course of an international undercover operation agents in September 2013, was arrested Frances, who managed to take from Singapore to San Diego. Francis two years ago pleaded guilty to corruption and conspiracy and court documents indicate that he was cooperating with law enforcement.

Over time, the investigators realized the ease with which this high fat contractor infiltrated the command of the 7th fleet and recruited a few “moles” to work on it.

Corrupt sailors also pleaded guilty in the transmission of Francis’s secret legal documents, using which, he was for a number of years interfered with the investigation in his company.

Despite many signs of large-scale fraud, the Navy continued to negotiate with the company Francis of the transaction to the replenishment of surface ships and submarines across Asia. In 2011, Glenn Defense has awarded contracts to service U.S. ships in the ports of the Russian Far East to Australia in the amount of $ 200 million. After the arrest of Francis in 2013, these contracts were cancelled.

Francis became a legend in the U.S. Navy for their entertainment parties and made public on Tuesday, the prosecution has added new details about how the officers of the 7th fleet fast life in the ports of Asia, making it at the expense of Francis.

So, in February 2007, Frances has spent 50 thousand dollars on shopping, meals and hotel rooms for Newland, de Guzman and the other officers at the time of entering vehicles in Singapore, said in the indictment.

After a month, this contractor, according to the prosecution, led Newland, de Guzman, Hornbæk and other officers in a chic Tokyo restaurant Oak Door. The lunch menu included foie Gras, lobster Thermidor, steaks, Sendai, cognac and cigars.

During a four-day visit “blue ridge” to Hong Kong in January 2008, Francis has provided Dolan, Hornbæk, Loveless and the Property the rooms at hotel J. W. Marriott, which cost $ 626 per night.

Then he invited them and Lausman on an extravagant dinner at restaurant Petrus, overlooking Hong Kong harbour. The menu of eight dishes was a soup with black truffles, salad of lobster, caviar, fried in the pan with the pears and Jerusalem artichoke with duck liver, Pacific Smallmouth flounder, marbled beef steak, excellent cheeses, and for dessert ice cream on the biscuit substrate “Baked Alaska”.

Each dish was served wine or champagne. Total score: 18 371 dollar.

Hornbeck, who at the time was preparing to dismissal from the Navy, also asked Francis if he wanted to take him to work. “If you still consider in the nearest future office in San Diego, I would love to take part in it”, — he wrote.

Job he never got. However, court records show that Francis showered Hornbæk other gifts, among other things, paying 13 thousand dollars for the tuition of his relative on cooking classes in the restaurant Chalet Suisse in Malaysia Kuala Lumpur.

Craig Whitlock — author of investigative journalism, working as a reporter at the Washington Post since 1998. Among other things, he covers national security and foreign Affairs. He prepared reports from more than 60 countries. 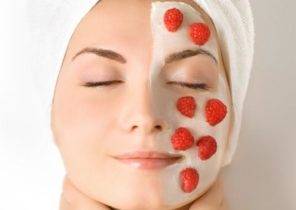 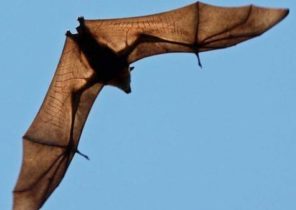