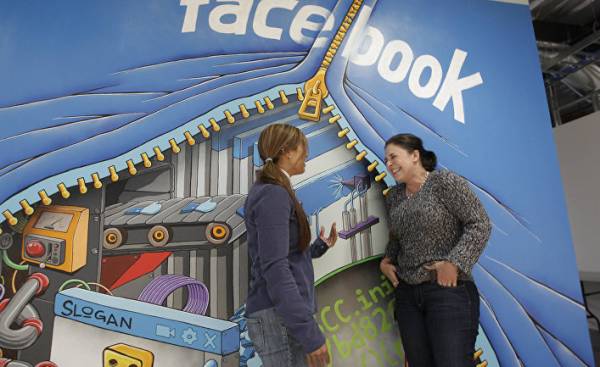 Last week, the company Facebook has announced that two billion people — more than a quarter of the world’s population — are now active users of the social network that mark Zuckerberg (Mark Zuckerberg) 13 years ago has created in his Dorm room.

Two decades ago, the idea that billions of people will be associated with a single product, it seemed absurd, unless the product in question was not, say, a religious text. But now Facebook have more followers than any religion in the world except Christianity, but his company can overtake in a few years.

According to the Ethnologue catalogue of the world’s languages, users of Facebook are now more than native speakers of any of the languages of the world (difficult to calculate precisely, but most of the 1.3 billion of China’s population speaks the Northern-Chinese language, which makes this language the most common on the planet). Likes, Chery, comments and requests for adding friends — all this becomes the closest to humanity a universal language.

Even more impressive than the numbers is the speed at which Facebook has acquired a quarter of humanity. The network announced its first billion users in 2012 — just eight years after its creation. Another billion was added in less than five years.

For comparison, it took about 200 thousand years from the appearance of the first modern humans to the first billion people: this mark we reached in about 1820. The fastest billion the population has increased between 2000 and 2012: for 12 years, our numbers grew from six to seven billion.

Recall that Facebook has reached this level in less than five years.

Calls active Facebook users people who ever visited the site or the app to exchange messages using your desktop computer or a mobile app in the last 30 days. For obvious reasons of privacy of user data is not published for public access, so it is impossible to independently verify the number of users of the company.

Any such fast-growing service will inevitably encounter some setbacks — remember the slogan “the Social network”, the 2010 film about the rise of Facebook: “you can’t make 500 million friends, not having caught a few enemies.” Recently, Facebook was criticized, among others for the suppression of conservative views, assistance in the organization of suicides and murders, the destruction of journalism, harm the health of people and the destruction of democracy in the form in which we know it.

In the madness of the daily disputes in Facebook, it’s easy to forget that none of us, even Facebook has no idea what it’s like when a quarter of humanity connected to a single product, managed by a common set of rules and regulations, where people download their deeply personal information in a single database, transforming the company into a gateway between themselves and the advertisers who want us to buy different things.

We just follow him on the wave of likes and shares, in the future, which made us Facebook.