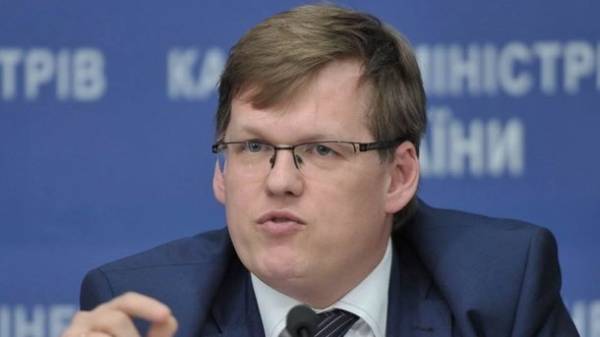 Work on the pension reform in Ukraine continues. The Cabinet does not yet have the final version of pension reform, an ongoing debate within the government, is working with experts and specialists. This was announced by Vice Prime Minister-Minister of social Affairs, Paul Rozenko.

“I think over one and a half to two months we finalize our discussion and will come public at some options for pension reform,” he said.
The Vice Prime Minister stressed that the pension reform process is not envisaged raising the retirement age.

“For us it resolved the issue. In my opinion, today, without increasing the quality of living standards and without increasing the duration of life of Ukrainians discussion about raising the retirement age, need to move for the long term. This question will not rise in the current pension reform. As for the specific parameters of the pension reform, today the Cabinet did not approve any future parameters of the pension system and pension reform, so too early to announce”, he said.

According to Rozenko, the first concrete date already recorded in the state budget of Ukraine for 2017 year. In particular, following the increase in the minimum size of pensions will take place on 1 may, the following – from the 1st of December. The Cabinet is pre-recorded growth of a minimum pension more than 10%. According to government estimates, the growth rate of pensions will be higher inflation.

“If we see that inflation quickly unwinds, we will initiate appropriate changes to the state budget of Ukraine to cover the pensioners of the effects of inflation. But so far in the first two months of economic activity of our country we have positive signals that inflation will be within the range recorded in the state budget, and therefore – will not exceed 9%,” said a member of the government.

“I do not exclude that the pension modernization will be one of the elements of the future pension reform”, – he added.

We will remind, according to media reports, earlier the Cabinet of Ministers of Ukraine has proposed that the IMF, its alternative option of pension reformthat does not increase the retirement age. Pension reform necessary for the country because of the huge deficit of the Pension Fund, which does not allow to pay a decent pension. The Memorandum, signed in September 2016, was not hard rules to raise the retirement age, but there was a recommendation to reduce the Pension Fund deficit.