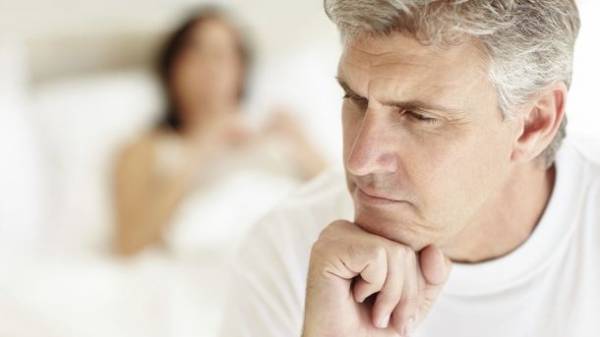 Swedish scientists found that taking medications from the group of inhibitors fosfodiesterazy for the treatment of erectile dysfunction is associated with reduced mortality and risk of severe heart failure after myocardial infarction. The results published in the journal Heart, – N+1.

Erectile dysfunction suffer more than 20 percent of men aged 60 to 70 years. Impotence is an independent indicator for increased risk of cardiovascular disease. These conditions have common risk factors such as Smoking, diabetes, obesity, and sedentary lifestyle. However, can treatment of erectile dysfunction to influence the outcomes of cardiac diseases, was not known.

To investigate the possibility of such influence, the staff of the Karolinska Institute in Stockholm analyzed data from all men under the age of 80 years, admitted to Swedish hospital with a first myocardial infarction (with and without previous interventions on the vessels of the heart) from 2007 to 2013.

In total, the analysis included more than 43 thousand people (average age 64 years), of whom 7.1 per cent regularly received drugs from impotence for an average of 3.3 years of observation (a total of nearly 142 thousand person-years). As such therapy was administered with either inhibitors of phosphodiesterase 5-type (иФДЭ5, such as sildenafil, vardenafil and tadalafil), or an analogue of prostaglandin E1 alprostadil.

After the introduction of amendments on other medications and comorbidities revealed that during the period of observation among men who received иФДЭ5, overall mortality was 33 percent, and the frequency of hospitalizations for heart failure by 40 percent less than the rest. Welcome alprostadila for these indicators had no effect.

The effect was dose-dependent: the adjusted risk of death among patients who received one, two to five and more than five recipes on иФДЭ5, were, respectively, 34, 53 and 81 percent lower than those taking alprostadil.

“The main results — that иФДЭ5 can be safely prescribed after a heart attack, and that they can even prolong the life and protect against heart failure. The work also opens the way for randomized clinical trials of these drugs after a heart attack, which can include women,” explained one of the authors Martin Holzmann (Holzmann Martin).

Scientists note that when interpreting the data caution: people taking иФДЭ5 and sexually active, may be in the best physical condition, not excluded, and the influence of other factors. To clarify the impact of these drugs on outcomes of cardiac diseases, the research team plans to conduct a prospective study with the participation of nearly 140 thousand people suffering from stable angina but not myocardial infarction or surgery on the blood vessels of the heart.

ИФДЭ5 — the most effective and popular drug for erectile dysfunction. Initially, the prototype of this group, sildenafil was developed as a treatment for hypertension and ischemic heart disease (it expands the blood vessels and prevent myocardial hypertrophy), but the effect was modest. However, during the tests, the drug significantly improved erections than participants liked and gave occasion to the developer to register it for use for this indication.

In addition to erectile dysfunction иФДЭ5 (particularly sildenafil) are used for symptomatic relief in hypertension. We also study the possibility of their use for the prevention and treatment of altitude sickness.