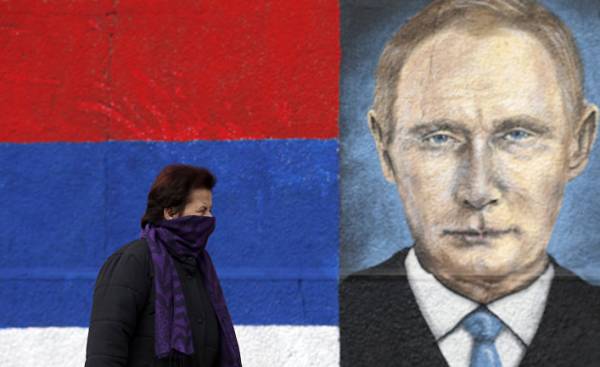 Many readers ask the same questions. Why Putin will not create a party in Serbia? Why it does not Fund and does not support the Patriotic forces? Why doesn’t he have his TV channel?

I will try to answer all these questions, but first we need to understand based on the previous actions of Vladimir Putin, what is its nature and what is political strategy in the struggle with the Beast by the name of New world order.

I emphasize those facts that should be known and considered in such analysis.

1. As far as I know Russian history, was not a single Russian king (Queen) or of the President of Russia, who would be more shrewd statesman, a wise strategist, a more prudent merchant, more cunning negotiator, politician greater, more capable, agile, modern and daring person than Vladimir Putin.

It well describes another point: it became, as it is in Russian, a cruel tyrant to his people, though, and has absolute power.

2. Of course, Putin has also many negative qualities. Personally, I worry about two things: his weak knowledge of the economy and a strong bond with the people who know him from his youth, and who are not able to understand his state vision. However, he trusts them high government posts.

3. Putin managed, giving resistance to the satanic forces of the notorious Family, to save Russia from destruction and occupation. He became a symbol of national and state resistance of other countries and peoples fighting for their sovereignty, national identity and freedom. So his struggle has gained national and exalted planetary sense.

4. Putin came to power through democratic elections — on top lifted his secret the coup d’état of the St. Petersburg KGB group.

5. Putin went through the best school of the KGB, trained espionage and counterespionage. He prepared and “coached” on the management of complex public systems, trained and trained to lead the resource-rich country on the planet — Russia.

6. As a former intelligence officer (political-legal Department), Putin has learned to abide by their rules, he knows what is the hierarchy of command, responsibility for the assumed liabilities, the execution of the task. He is well versed in Russian and international law and are trained to follow established procedures and regulations and also the procedure of functioning of the state. This is important for understanding his character in politics, because Putin — fortunately, not a politician, but a statesman.

7. Legal education, the discipline developed in the intelligence, natural intelligence and counterintelligence experience in practice as well as a code of fair play, accepted in the martial arts. And his street fight the instinct to resist blatant and even stronger villains, determination and a great understanding of their power was balanced by the recognition of exceptional historic responsibility it bears not only for the fate of the Russian state and nation, but for the fate of the liberal enslaved by tyrants of mankind.

8. Ukraine was a deadly trap for Putin, but he guessed this dirty and ill-planned game of the crusaders and skilfully bypassed the placed trap. He had not sent troops to Ukraine, as called for by Horny Serbian phony patriots because it would be unauthorized violation of one sovereign state to territorial integrity of another internationally recognized state. Thus, Putin would bring some serious problems, and he would be accused of inciting a new world war. It was impossible to prevent the gangsters from wall street waited for the implementation of such a war scenario. Today Putin’s patience has paid off. Ukraine is on the verge of collapse.

9. The example of Ukraine shows consistency and firmness of Putin. He remained faithful to the enslaved Russian people of Ukraine. Putin has not betrayed him as the notorious Milosevic betrayed their fellow Serbs across the Drina. Putin firmly stood up for them because they have shown determination in their struggle for independence and sovereignty against the Nazi regime in Kiev. At the same time, Putin signaled that Russian bear awakens from its long sleep Siberian — sharp teeth.

10. The return of the Crimea part of Russia Putin held legally after the referendum, then how silly Khrushchev gave Crimea to Ukraine of the fifth of February, 1954, without any referendums. For the return to Russia voted 96,6% of citizens of Crimea.

11. Putin ordered to reconstruct and to finish the construction of the Moscow mosque, the largest mosque in Europe, and thereby shown that he wants unity for Russia, but nationality and religion are irrelevant.

12. Putin did not intervene in the events in Libya for two reasons: the first is the absence of Gaddafi, who didn’t understand change in world politics, operational plan and strategy. The second reason: militarily, Putin was still completely unprepared to withstand the violent politics of criminals from NATO. He needed to buy time to gain experience.

13. Syria was the crossroads, the battle of Stalingrad to protect humanity from a rabid Animal a New world order. Here it is important to emphasize that Putin launched a military intervention at the request of Assad, the legitimate President of Syria, and thus, the intervention of Russian troops in the Syrian events is legitimate from the point of view of international law.

14. Gamble with Erdogan — the last attempt of the militant crusaders from Washington to provoke Putin and involve him in the war. But Putin saw through this despicable scenario and do not lose composure, and after a false coup, not allowing to fool the Sultan, he forced him to come to Moscow and to bow to the Russian Emperor. So Putin persuaded Erdogan to cooperate, and now keeps it in check and uses to control the Muslims in the Balkans and the middle East.

15. The Eurasian Union is becoming a market with the greatest potential for economic growth. Such a community that respects the sovereignty of each of its members, and in which there is the Brussels commissioners pursuing their own bureaucratic interests, is a modern form of economic and political unification of the States. Putin managed to make his ally a powerful and growing China, making it not only a good neighbor but also a major partner in the opposition to Washington.

16. The rise of the BRICS and the Shanghai cooperation organization proves the success of Putin’s strategy, seeking to change the unipolar world and to attract more countries to fight the U.S. global colonial imperialism.

17. Win the trump, reached through legal means, would not have been possible without the tangible support of Putin, who win trump helped to reduce tensions in the conflict with Washington. Now the Russian President has received precious time to further strengthen their forces and take decisive battle with the forces of Evil are in full readiness.

18. This year, as I expect, because already a lot is being done, Putin will crown its policy victory for national candidates in Italy, France and Germany. When this happens, Brussels will have to admit defeat. In Bulgaria, Moldova, Estonia and Hungary win national political power who turn their backs on Washington and turn to Russia.

19. Offer Volkswagen open a plant in Russia and thus solve the current problems created by Washington, only proves once again how Putin is a skillful and inventive in matters of public policy.

Now, when we all realized it, I will write about the relations of Serbs and Putin, and will answer all questions.

1. To my knowledge, Putin defends fraternal relations with the Serbs and deeply respects the sacrifices that the Serbs went, struggling over the centuries for their freedom and national identity, so that the Serbian question is solved in world politics, together with the Russian question.

2. The truth is that today Serbia would be United, if it wasn’t for the rise of Russia, and if Putin did not belong to the Serbs. Satraps of Brussels and Washington have annihilated us and turned in the Belgrade pashalik. This policy of the crusaders — already at least two hundred years.

3. Putin is not going to turn Serbia into a Russian province, and we do not tie our national interests with Serbia as a Russian province. All the rest is lies and slander spiteful petty-bourgeois fanatics of the EU.

4. In Serbia amateurish political kvazielita, which has absolved itself of historical responsibility. It is politically illiterate, charlatan, reckless and parochial kvazielita, which does not recognize historical trends and do not understand what is happening in the world. In 1989, after the fall of the Berlin wall, these people turned away from the drunken Yeltsin and defended communism, and in 2016, supported and financed the winner of trump, and one evil lady.

5. Serbian politics since the revolution of fifth October and up until the present day, is extremely anti-Russian and focused only on the West and Washington, which does not see Russia as an ally, and enemy. Putin, they believe Asian despot.

6. All personal attempts of Putin to help the Serbian politicians in power, since the inconsistent Djindjic until the obsequious traitor and a madman Vucic, did not bring any fruit, because the managers from Brussels and Washington did not give permission for rapprochement.

7. Despite the attitude of Serbian politicians to Putin, he continues to defend Serbia. He is interested in the fact that Serbia remained independent and sovereign state. Putin no matter who ruled Serbia — that is, to the electoral will of the citizens. It is important for the protection of Serbia as a state, that, as he demonstrated, is consistent with his understanding of international politics.

8. Putin follows the letter of the law and does not directly intervene, as Washington and Brussels in the internal Affairs of a state. This significant difference of Putin from the crusaders. But this difference ardent Evrofinance do not want to see.

9. Putin will not create his own party in Serbia, and violate people’s right to self-determination. Putin expects that we’ll solve our own problems, and that formed a kind of Patriotic group of honest, right-thinking, hard-working and decent Serbian citizens, who will become a powerful democratic force for the implementation of systemic changes in politics Serbia. To negotiate with a divided and greedy Patriotic inflated Russophile, just waiting to get the money and then plunder them, too small for the great statesman who today decides the fate of humanity, freedom and justice for the benefit of States and peoples.

10. Parasitic and pressurises each other Serbian patriots waiting to see what Putin and Russia will bring them to power in Serbia. But these political rascals need neither Serbia, neither Putin nor Russia.

11. The problem, dear friends, is not in Putin and in Russia, but in ourselves. Until we recognize historical processes, while we are divided and quarreled, painfully vain and envious, while we are pursuing their petty personal interests, we are not ready to unite for protection and rescue in Serbia. And Putin with Russia unlikely to be able to help us. I personally oppose such aid because it can only complicate the present political situation and to bring to power a new kind of fraud. We do, of course, is not necessary.

12. At the end I note that we should concentrate on our internal problems and to gather strength to defeat themselves, their morbid vanity, narcissism, and political madness. We must put the interests of Serbia and the people above our personal interests. The generation that lives today, regardless of age, must bear its historical responsibility and leave Serbia to future generations in much better shape. Will it? It is a must! No matter what the historical circumstances were such that Serbia made a fateful turn.

Our social work should be to help citizens to understand the times we live in. I call it irrigation! After that there is an awakening and begin agitation. The situation in the country unbearable. Citizens to solve it. And what you have to do it yourself, we can’t expect Russia and Putin. 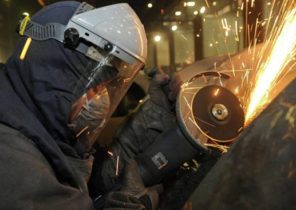