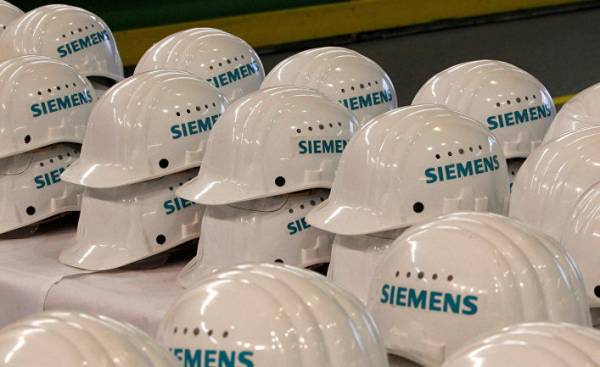 From Siemens was extremely frivolous to conclude a contract with the Russian engineering company Technopromexport for supply of four gas turbines for a large power plant. The power plant is supposed to be built in Taman, where visible and the Crimea. But in reality, the German equipment was on the black sea Peninsula occupied in 2014, the Russians, from-for what the EU and US have imposed sanctions against Russia, calling for a ban on the supply to Crimea of equipment such the turbines of the company Siemens.

Siemens, one of the largest German industrial corporations, selling turbines, was involved in the Crimean scandal. It could have been avoided, but the main point of the last two years was naivete combined with a lack of flair from the receipt of the order in the spring of 2015 to eventually beyond the control of the delivery of the turbines in the Crimea. They were made in Russia by a joint venture under the leadership of the Germans, and then just redirected to the Peninsula.

Thus, Siemens has compromised highly valued trading partner — Russia. The Munich group was trapped Technopromexport and — by the way state — the parent company rostec. He demonstrated fraudulent creativity, and well prepared redirect turbines. Siemens is trying to limit the damage. In the Central office of the company believe that not worked the controls and timely action could prevent the delivery.

Loud and early warning signals were ignored. In July 2015, after only three months after signing the sales agreement with TPE, there are serious rumors about a possible unfair use of turbines. Although the speculation was quite insistent in Munich do not worry, no one has listened to the concerns. Otherwise, before sending equipment in mid-2016 would be obvious that the mounting was a desolate area where there was not even a hint of a plant. But Siemens apparently felt confident, because the contract contained a clause prohibiting the supply of the Crimea, and sent the turbine to Rostov-on-don.

Noticed by all only last September, that is too late to insist on compliance with the Treaty. And filed in Russian courts claims to the contrary the implementation of the transaction and the Prosecutor against the company rather comply with the mandatory program measures to limit damage. The Russians will not be stopped. In levity, and perhaps negligence Siemens you can blame, but in the intention to circumvent sanctions — no. The managers of the concern are not so stupid to because of the order of 112 million euros to stake its world image and to get involved in the conflict with the authorities in America and Europe. The more that Siemens in late 2006 badly shaken by the corruption scandal and guidance since that time ordered to act strictly in accordance with the rules (compliance). However, the Crimean scandal means that the improvement required for this part with the aim of tightening control abroad.

Compromised and personally by the head of Siemens Joe KAESER (Joe Kaeser), which is blindly trusted by almost 160-year-old cooperation with Russian. Fresh in the memory telecare his visit to Russian President Vladimir Putin directly after the annexation of Crimea. The KAESER is nothing special to object partners, which is so courted. Russian friends all deny. Political intervention may be able to help. However, the damage to the image already made, soon to be followed by economic. Investments, which in recent years amounted to about one billion euros, in the future, apparently, will disappear. Relationships are very tainted. The trust has eroded. Joint venture Siemens Gas Turbines Technologies is on the verge of elimination. Under German leadership it was too “Russian”.

Who in the future will sell the turbines, if they can smuggle in Crimea, even from the Siberian tundra? Why Gazprom could not do what makes Corporation? Infrastructure transactions related to railway equipment is now under threat. Turnover associated with Russia, has fallen from two to 1.2 billion euros.

Crimean scandal around Siemens will cause distrust in the other German companies and will worsen relations with Russian business partners. Statement of the Eastern Committee of German economy that the sanctions are strictly enforced by the German side, they sound brave. In recent weeks, perhaps, not only Siemens diligent and nervous versed in its business activities in the country of Putin. 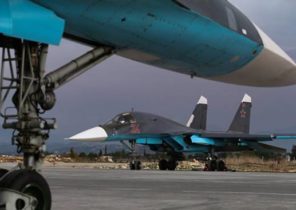