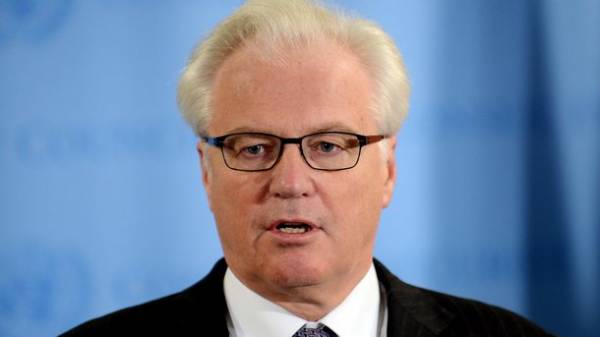 Russian Prosecutor General’s office said yesterday that the fugitive Viktor Yanukovych did not send to Russian President Vladimir Putin a letter with a request to send troops to Ukraine. This was announced by the head of GPU, Yury Lutsenko.

This statement denies the words of the master of the Kremlin, victim of the Russian permanent representative to the UN Vitaly Churkin and the fugitive Ukrainian ex-President Viktor Yanukovych.

Recall that Churkin, who died suddenly in February of 2017, earlier justified the invasion of Russian troops in Ukraine by the letter from Yanukovych, supposedly demonstrating a copy of it to the UN. Social media users wondered whether his demise with the position of the Prosecutor General of the Russian Federation.

Find the cause of sudden death Churkin. The Prosecutor General’s office officially denied the statements window during 01.03.14 Churkin a letter of Yanukovych. pic.twitter.com/exXYSnwrld

Wow! The Prosecutor General’s office confirms that Putin and Churkin lied about the letter to Yanukovych with a request to send troops https://t.co/zKawTtTyIf pic.twitter.com/gv0vxqH9WN

Russian prosecutors the guardian of truth and justice ))) pic.twitter.com/9XvQ8OTTwB

“Sho? Churkin showed? No no Churkin. And there’s no mail”
#clowns pic.twitter.com/mC2D2MQ3BK

And I was Yanukovich’s statement on the invasion, but I gave it to Churkin! Churkin was already dead. So the statement is not!pic.twitter.com/VwtRN6qIHc

Russia said it was not the letter of Yanukovych with a request to send troops to Ukraine.
I understand why Churkin suddenly died,he only showed it

Letters of invasion was not, writes GP RF. But Churkin read out in the UN, and where is he? That it was told himself Yanyk with Putin.They following?

Ie and katsapy acknowledged that the piece of paper signed by Yanukovych, which shook Churkin – fake? Maybe there are some sanctions for lying to the UN?

So Shaw turns Churkin choked on the tea?