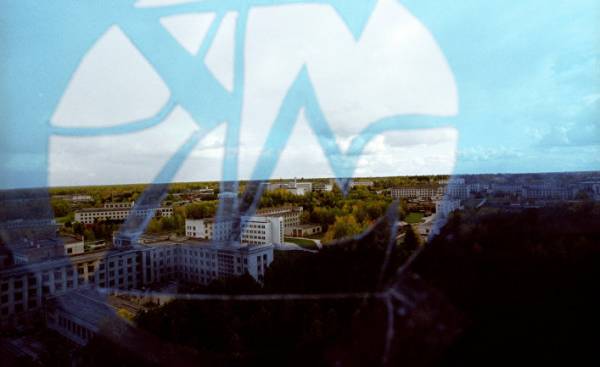 To leave, slamming the door. So decided to do Barack Obama a few weeks before you pass the keys to the White house to the new owner (whom-not-call). In particular, it adopted a series of measures against Russia, which was accused of cyber attack on American elections. All this has forced journalists to think about the possibility of a future cold cyberwar, that is the secret of the conflict of great powers with DDoS attacks and viruses to destabilize States.

French Minister Jean-Yves Le Drian (Jean-Yves Le Drian) announced in late December about training of 2 thousand 600 “digital soldiers” by 2019 to close the gap in the new digital diplomacy. In Russia, these cybersunday ready. There are illegal immigrants (with an index of 1 thousand registered crimes Russia ranks third in the world in the number of cyber attacks, after China and Brazil), some of which are recruited by the government. But there are programmers in Akademgorodok, the scientific center in the middle of the birches and pines of the vast Siberian forests.

This was founded over 60 years ago, the town of 3-thousand kilometers from Moscow is completely focused on science. Today, there are four dozen institutions employ about 100 thousand people, despite lasting six months winter with a temperature of -40°C. Before becoming a source of manpower for the Russian cyber warfare, Akademgorodok was a real Soviet utopia.

1957. Stalin died a few years earlier, and led by Khrushchev, the USSR created the appearance of peaceful coexistence with the West and the United States. In other words, it was the cold war. In such a situation a mathematician and academician Mikhail Lavrentyev suggested the government to create a city dedicated solely to science (the main focus was to become popular at that time nuclear physics). Standing double task: save the scientists in the case of the atomic bombing of Moscow and to create a fruitful scientific cocoon in the distant Siberia.

As the American expert Paul Josephson (Paul R. Josephson), the construction of the city was originally sent by the dream of utopia: Lavrent’ev thought that the world’s problems could be solved by isolating scientists from political, social and financial pressures. He probably read “the New Atlantis”.

This utopia has been described by philosopher Francis bacon in 1924 and was the inspiration for the movement of the franc-masonry. In the scientific microsociety is so cut off from the world, that can decide to share him their discoveries with the state.

On the streets of Akademgorodok was not Stalin or Lenin or the Communist party, nothing that could remind the scientific city on state control. Since the beginning of the construction of the huge project used such names as Flower street or Avenue Lavrent’ev, included in the Guinness book of records as the smartest street in the world as over 2.5 kilometres there is a 20 scientific institutions.

All around is nature, and from one institution to another are narrow forest trails. “In fact, one gets the feeling that you’re in another world. For example, when I can’t move forward, I ski or walk among the trees,” says the Frenchwoman Constance Weill (Weill Constance) who came here to study at the faculty of Economics. Quality of life and independence of conquered Soviet scientists, who decided to take a train and go in Akademgorodok.

“I first came to campus in the late 1980-ies and immediately fell in love with him. He was like a oasis in the middle of the Soviet Union. You’re in Siberia, but standing in line at the store, talking to chemists, biologists and mathematicians,” recalls Paul Josephson.

In such a microcosm of the city began much afford against the Soviet regime. In March 1968, the campus held the bard festival with the participation of the dissidents, including the famous Alexander Galich, who gives his only public concert in the USSR. Some banned books like “the Master and Margarita” by Bulgakov was there in the free circulation. In addition to nuclear physics (in 1961 there was built one of the world’s first particle accelerators), mathematics and chemistry, scientists have been working on for a long time suzdalskaya under Stalin, genetics and biological projects (they managed to tame the wild Fox, which has since become a symbol of Academgorodok).

During this period, the then 19-year-old Frenchwoman Michelle Derbin (Michèle Debrenne) finally decided to settle in and deal with linguistics:

“Went there the people wanted something new, both in public and in scientific terms. In the 1960-1970-ies of the people in the campus held events, without asking anything. They formed an Association, have signed a petition against the intervention in Czechoslovakia, etc., the Government never tried to tighten the screws at this level. I think he didn’t care about what happened in Siberia.”

Anyway, the economic crisis of the 1980-ies and beginning of perestroika impact on the free atmosphere of the city. The USSR became increasingly difficult to Finance the scientific projects and the specialists began to gradually move to the West, although hanging on the streets, posters on the inadmissibility of brain drain. Finally, on 26 December 1991 the Soviet Union collapsed.

“It was a tragic event, even in Akademgorodok. Some people was adamant belief in the ideal that they built the country, says Michelle Debrene. — After the collapse of the USSR, the people could no longer continue, because the laboratories had no electricity, no chemicals”.

In 2006, this unfinished and frayed utopia was replaced by another: the Internet. The Russian government has selected the campus for the construction of a huge technology Park, which was fully focused on the world wide web and nanotechnology. Now in the Academpark is more than 200 private companies, half of which specializiruetsya in computer science. Recently, there even appeared first startup, valued at over a billion dollars: OCSiAl has invented a system for the production of single-walled carbon nanotubes, which are in great demand in the field of nanotechnology.

Of course, some scientists are skeptical about how their previous academic utopia turns into a “Silicon taiga”.

“There are those who envy, as University graduates, who promise a brilliant scientific future, now choose a business, not a science,” explains PR-Manager Anastasia Zirka Academpark.

As noted by student Constance Weil, “now half of the city residents are programmers.” It is therefore not surprising that recruiters from Moscow regularly come to Siberia for future cybersoldier, which is based in the Russian service cyber defense (including the FSB, the successor to the KGB).

“As soon as there is such a concentration of young people who love to play with computer code, there are hackers, explains Paul Josephson. — And while on the one hand there are universities and other startups Academpark, such will always be.”

However, some hackers prefer to work alone, though with equally impressive results. In 2011, a 27-year-old Yevgeny Anikin, a sales Manager of a small company, was detained in Novosibirsk (to him administratively campus) for the theft of $ 9 million from the payment system WorldPay Royal Bank of Scotland. This attack was then considered one of the most difficult of its kind, however, the young man (known under the pseudonym Hacker 3) escaped with modest probation after proceedings in Siberian court.