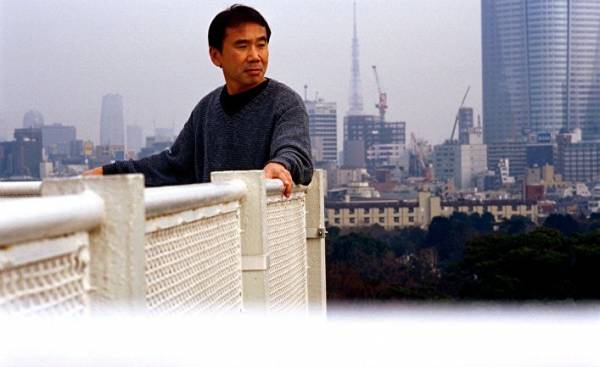 Recently, the famous Japanese writer Haruki Murakami in his new novel “the Murder of the Commendatore” from the first person acknowledged Nanjing massacre as a historical event, but also redefined a war of aggression by Japanese militarists against China and the Nanjing massacre. This led to accusations from the Japanese right-wing forces.

Murakami’s new book gives the following description: “Yes. That is the Nanjing massacre. The Japanese army after fierce fighting, captured Nanjing, after which there were mass killings… Many citizens were killed in the course of military operations, this fact can not be denied. As for the numbers killed, some say that there were 400 thousand, some 100 thousand people… But, in the end, what is the difference between 400 thousand and 100 thousand dead?”

“The question which was asked by the world-famous Japanese writer (what is the difference between 400 thousand and 100 thousand killed), is evoking a question about the nature of the Nanjing massacre, respect for human life, on principles of justice and conscience”, — said the Director of the Museum of memory of victims of the massacre, Zhu Chenchang the correspondent of the newspaper “Renmin Zhibao”.

Zhu Chenchang believes that the issues of Haruki Murakami clearly touched the nerves of those who try to deny the Nanjing massacre.

Nanjing massacre — a serious crime committed by Japanese invaders during the Second world war. It is a historical fact, recognized by the international community. In 1948, the international military Tribunal for the Far East (the Tokyo Tribunal over the main Japanese war criminals) decided that the total number of victims of the Nanjing massacre of Chinese civilians and prisoners of war is more than 200 thousand people, not including the bodies washed up by the Japanese invaders in the Yangtze river, buried in pits and processed in various ways (about 150 thousand people). Zhu Chenchang said: “Those who instigate debates about the number of victims in the Nanjing massacre, do it with the aim of denying the fact of the Nanjing massacre, denial of Japan’s aggression and caused historic damage.”