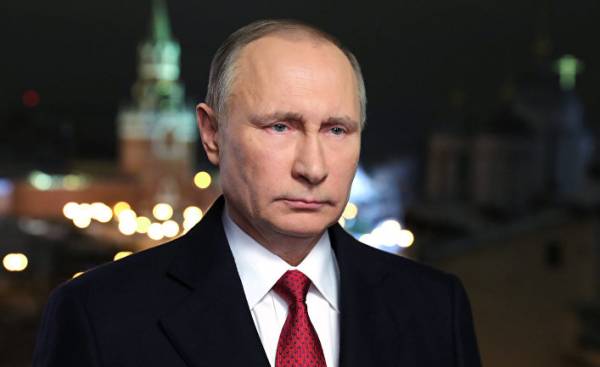 His debilitating message of decadent Euro-Atlantic culture was addressed not only to Russians, but also European nationalists. As Russian President Vladimir Putin became an idol of conservatives all over Europe and how he does it in a period when many are already tired of political correctness, Brussels, progressive politicians on the left and supporters of the migration?

Nationalist populism is, of course, the problem is not the past two years, although the immigration crisis that has gripped Europe in 2015, giving it a significant boost. The disgruntled protests began during the financial crisis of 2008. Then Vladimir Putin probably did not even know how powerful a leader he will be for some of the nationalist and conservative populists just the old continent…

In 2013, he delivered his annual message addressed to the Russian people, in which he declared Russia the protector of traditional values and laughed at the “genderless and infertile” Western liberals. Just a few days before a prominent Pro-Kremlin analytical organization “Center of strategic communications” held a press-conference on which has presented a report titled “Putin — a new world conservative leader.” The center showed in his research that the majority of Europeans is opposed to feminism, fighting for the rights of homosexuals and do not like the progressive style of politics, which held far from the people the liberal elite. Russian President specialists of the center named defender of the traditional family, Christianity and morals.

Shortly before the newly created official media conglomerate Russia today received new head — Dmitry Kisilev, who, for example, stated that gays should not have the capacity to be donors of sperm, and their hearts in case of death in a car accident have to bury or burn, but in any case not be transplanted to the needy… All these events are connected. Even then, President Putin and his associates pursued a policy aimed at the unity of Russians and disunity of the West. Putin sensed the looming split in Western society and saw in it opportunity for yourself.

Often ruthless Putin’s comments to the “rotten” West strategically thought out and targeted not only to Russians, but also for sympathetic hearts and souls across Europe or, as he said to loud mouthpieces of Russian propaganda, “geyrope”. It’s interesting that homosexuals as a corrupting source of decline, Putin used to distract attention from the protests that accompanied his return to the presidency in 2012 after a four-year forced break due to the constitutional “formalities”.

And although Putin himself, in his own words, nothing against homosexuals has not — and it probably is true — to his people he said that gay people pose an enormous threat to “the Russian way of life”. Well-known journalist Masha Gessen called it “sweet potion for the people, the source of unity which has always been the spread of fear and moral panic.” It is no coincidence, for example, Pro-European demonstrators in Ukraine have presented as ardent supporters of same-sex marriage. This point is emphasized every time when Russian propaganda need someone to discredit, because a large part of Russian society is very afraid of such people.

European countries are now experiencing such cultural, demographic and political changes, which had not happened for the last 25 years. Many see in current events the beginning of the apocalyptic end, and the liberal regime does not offer people a satisfactory solution (the progressive left in the mass, declined from the previous roles, and often to avoid serious issues). So the growing popularity of the policy of the strong hand should not be surprised.

Earn points those who are far from Democrats. Increases their chances of growing enthusiasm, backed up by, for example, the unexpected decision of the British to abandon the “diktat” of the European Union. His rhetoric and power politics, Putin gives these forces of zeal and courage… According to the famous commentator of “Radio Free Europe” by Brian Whitmore, Putin is someone like “Che Guevara configured for anti-establishment right-wing”. They are United not only conservatism and declared the desire to protect national interests, but a shared struggle against Islamic radicalism, intolerance of certain minorities, and in extreme manifestations, and the failure of the Constitution.

Marin and Vladimir together for peace

One of the countries where policies in this respect are guided by Putin, is France. Until recently, the two favorites in the upcoming April presidential elections was françois Fillon and marine Le Pen. The situation has changed because of a scandal surrounding the wife of Fillon (assuming he fictitiously employed wife and she generously paid from taxpayers). So rival to the head of the nationalist National front, Le Pen will, most likely, Emmanuel macron.

Fillon, who as Prime Minister in the government of Nicolas Sarkozy has built with Putin a strong relationship concurs with the Russian President on many issues, particularly in terms of the rights (lack of rights) of homosexuals. Fillon is strongly opposed to homosexual couples could adopt children. But, according to some analysts, his undisguised adulation of Putin Fillon “works” not only on international but also on the French public. It broadcasts an important message to deliver: “I want to be like him — courageous and strong and to fight political correctness for your interests and our traditions.”

Even more warm feelings for the Russian state leader nurtures Le Pen, who recently said that Vladimir Putin and Russia are not in Europe any threat, but the real danger lies in the “new cold war” between the West and Moscow. Of course, this is like Putin and reaches the hearts of voters “National front”. Ardent patriots under the leadership of a strong leader will protect their culture from Islam and castrated the Brussels liberal elites. The same thing happens in other Western countries. Like Russia and many supporters antimigration German movement “Pegida”, and right-wing populist party “Alternative for Germany” (although its chances of coming to power while meager, it will take place in Parliament).

We are against them

And, of course, we cannot forget the United States. No us President since the collapse of the Soviet Union praised his Russian counterpart as Donald trump, Vladimir Putin. In this case, paradoxically, the West and Russia, the worst relations since the cold war’s end, in the words of the Minister of foreign Affairs of Russia Sergey Lavrov. But apparently it looks like trump Putin can at any time to go on vacation to ride horses or shoot bears…

In 2013, the famous American conservative, Pat Buchanan said Putin is “going to change the paradigm of global conflict “we against them”” by making it struggle of the conservatives, traditionalists and nationalists of all continents with the cultural and ideological imperialism “decadent” West. This idea was picked up by many other ideologists of conservatism and began to tirelessly repeat. In 2014, shortly after Russia’s annexation of Crimea, 51% of American Republicans belonged to Putin extremely hostile, and in January 2017, 75% of Republicans believed that the friendly approach trump to Russia — that’s right.

When two researchers from the Harvard — Pippa Norris and Roland Inglar — tried to find the origins of the current nationalist political upheaval, they found out that the populists were defeated because of the sense of alienation that prevailed among older white voters who are concerned about the destruction of traditional values. Their resentment was strengthened by the fact that, having admitted his frustration and fear, they immediately become the object of criticism. “These people can feel like outsiders in their own country,” wrote Norris and Inglehart.

This is not a shocking discovery. However, a little bit funny that this rejection is usually tested by the so-called elites, but not to all, but only those who are especially objectionable to Washington and Brussels. So some time ago a prominent British eurosceptic Nigel Farage and billionaire Donald trump was able to meet in trump’s skyscraper in new York and agree that they will pursue policies in the interests of ordinary people, although from the problems of ordinary people trump sitting in his pompous Manhattan headquarters, was “somewhat” distant…

Americans chose their “strong” leader, and Europeans still admire it from the outside. Time will tell whether they choose a path that may lead to rule in an authoritarian spirit. In this respect, a particularly important election in France. If you win Le Pen, the UN Security Council will meet in the country, which is ruled by Donald trump, Vladimir Putin, marine Le Pen, Theresa may and XI. This, people far from the liberal order, in which the focus is on the pluralism of opinions and the importance of democratic institutions…

Anyway, a few years ago, Vladimir Putin began a great game of chess, and while it’s not like he faces the Mat. 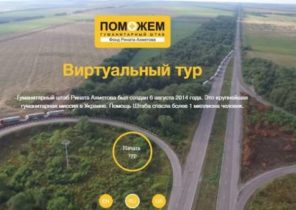