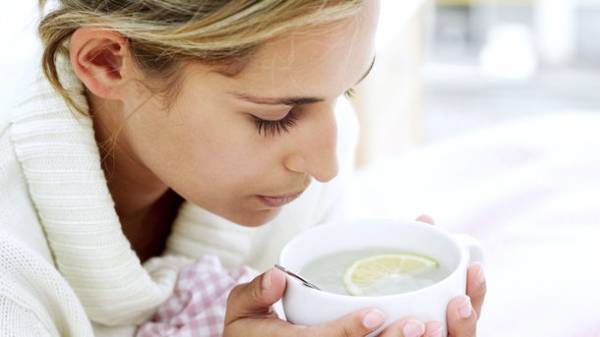 The season of colds, ORVI and flu is in full swing, and they remain at the peak of “popularity” until the middle of March. Not so would be a terrible these diseases, their complications, because by themselves, they only provoke a rise in temperature, weakness, headache and runny nose. But the consequences can be much more serious and unpleasant. What are the most common and unpleasant complications accompany flu and colds and how to avoid them? Let’s find out, writes medic.ua.

The weakening of the immune system

When the body gets a virus or bacteria, he throws all the forces on the destruction of a dangerous “guest”. At this point, it becomes susceptible to other attacks from the immune system greatly weakened from the fighting intensified. To support defenses and give immunity to give up, maintain it with high doses of vitamin C (“askorbinka”, oranges, lemons) and drink plenty of fluids (it accelerates the excretion of toxic metabolic products of bacteria and viruses).

This disease develops on the background of viral infections, when they are joined by the bacteria. In this disease in the maxillary sinuses produces inflammation that is accompanied by a purulent yellow-green nasal discharge, high fever, pain in the sinuses and severe headache, especially when tilted. To avoid sinusitis, is when the secretions to wash the nose with saline three times a day.

When the outbreak with SARS travels from the nasal cavity to the middle ear, the patient appear noises in the ears, sharp pain in the ear, pain when pressing on the tragus of the ear and insomnia. To avoid otitis, first, follow the hygiene of the nasal cavity – mucus necessarily vismirnovite, and from each nostril in turn, and secondly, three times a day rinse the mucosa with a solution of salt.

If the infection goes to the throat, there is inflammation of the mucous membrane of the nasopharynx and the appearance on them of purulent sores. To avoid this, again, follow the hygiene of the nasal cavity (so that the mucus does not run on the back of the throat), and use antiseptic for rinsing and irrigation of the throat (for example, aloe Vera, sea salt, hydrogen peroxide, etc.).

When contemplating to inflammation of the bronchi, appears wet cough, wheezing and pain in chest, shortness of breath and difficulty breathing. This is a serious disease that requires adequate and timely treatment, otherwise it may lead to further inflammation of the lungs. To neither one nor the other happens, it is important when the cough to consult a doctor who will prescribe the right treatment without waiting for complications.

If we ignore the treatment of SARS, the virus may reach the cardiovascular system and cause myocarditis. So, in the heart muscle begin to form foci of sclerosis, as it happens after a heart attack. The result is a tingling in the heart area, fatigue, shortness of breath, and arrhythmia. To avoid this, do not transfer the disease on their feet and promptly start treatment.

When SARS viruses circulate in all the body, poisoning by toxic substances all that they come across on the way. Including under attack, again the heart muscle. As a result of disrupted heart rate and therefore blood circulation. The consequence could be memory loss, numbness of extremities, etc.