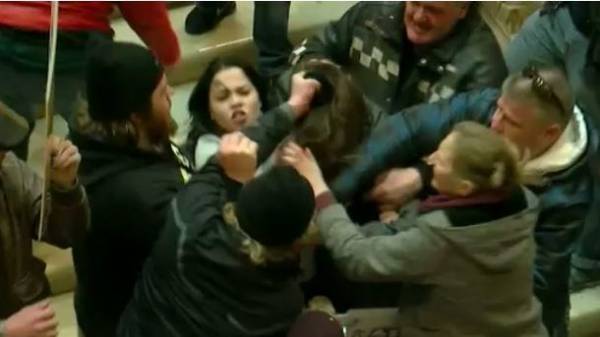 The son of the former Democratic candidate in Vice-presidents of the United States Tim Kane, Linwood Michael Caine was arrested for trying to disrupt the rally in support of President Donald trump, said “Gordon” with reference to CNN.

24-year-old Lynnwood Michael Caine was arrested March 4 in the number of five offenders in the city of Saint Paul (Minnesota) on suspicion of organizing riots. According to police, someone from around Kane’s people threw a smoke bomb at the rally.

According to the channel, Cain is released from custody, but police are still investigating the incident.

On Saturday, March 4, during a similar rally in support of the trump in Berkeley (California) fight about 500 supporters of the tramp and an unknown number of his opponents.

Trump officially took office on January 20. In his inaugural address he stated that American citizens “begin the great work of the reconstruction of the country.”