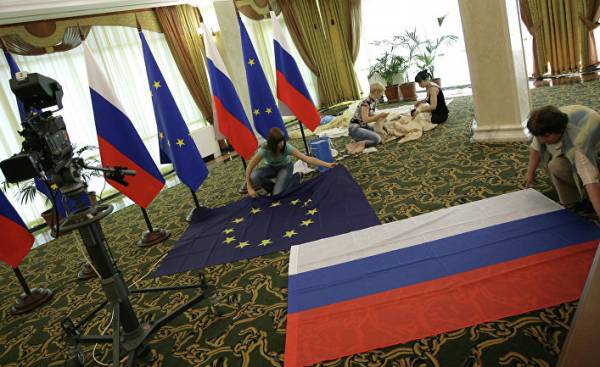 Doctor of technical Sciences, Professor, leading researcher Ventspils radio astronomy centre, Manfreds Snaps-Snape is the author of books not only on subjects related to his main profession (telecommunications), but also on the national economy, the history (of the Voldemārs Ozols, the Germans in Russia, Carl Baloise), and the 100th anniversary of the Latvian state-written book “Latvian Riflemen. As awakened a rebellious spirit.” The NRA wanted to know, as a scientist assessing the impact on Latvia of what is happening in the world, in Europe, and so in our conversation the theme of the shooters is intertwined with reflections on the world order.

NRA: what do you think Of the last time that you did?

Manfreds Snaps-Snape: I finished the book on the sphere, which are still working. On telecommunications of the Pentagon. It will appear in about a month. What is interesting about the Pentagon? It exists on taxpayers ‘ money and is quite open. We can say that the whole strategy of telecommunications in the world goes through the Pentagon. We are able to realize, what ways not to go, because there (at the Pentagon) are wrong. The book is intended as a textbook for those who want to revive the industry. For me it is, as a legacy of the WEF. I have published on the topic of EuroRussia.

— Now it seems that party politics Euro very well to the kisses with a side of Russia.

— Policy changes so fast… within one to two weeks. Remember, the ex-President of Latvia Andris bērziņš two years ago was going to go to Moscow for the May 9 celebration, but the nationals and someone else began to scold him. Or, perhaps, the American Embassy said something… I don’t know, but Berzins did not go. Question: who went? The only prominent statesmen, who came at that time Moscow was the President of the Czech Republic. The next question is: why did he go? For the same project, EuroRussia. Because of the wealth of the Urals. When Putin in Petrodvorets took the leaders of “eight”, in his speech, he called two of the project. We all remember the gas pipe under the Baltic sea, but can’t remember the second project is the development of the Eastern slope of the Ural mountains. Ural mastered in less than half. At the time it was called upon to do Mendeleev and even at the Royal premiere of Sergei Witte developed the relevant projects… According to modern projects, it is necessary to build seven new cities. Built only one. In the French money. The French built a huge plant for liquefied natural gas. But chief among those who will implement the project, Putin seemed to the Germans. It collapsed, although to a certain extent, is ongoing.

The second important for Europe project — the TRANS-Siberian railway, the final destination which was the port of Ventspils. But now talking about the “New silk road”. A month ago it was discussed in Riga. “New silk road” — a new Eurasian transport system, developed by China in cooperation with Kazakhstan, Russia and several other countries. It is estimated that in the orbit of a “New silk road” will be 4.4 billion people — more than half the world’s population. His starting point — Yiwu city, 250 kilometers from Shanghai, then through Russia to Madrid. This is one option…

Germany — officially Pro-American, but German companies that want to survive are not interested that America prevailed, and so they are engaged in the project in the Urals, and the railway. But for all this, there are branches in the Czech Republic, and the funding goes through Czech banks. Therefore, the President of the Czech Republic went to Moscow. And Berzins have to go. Latvia depends on transit. If there is transit, Latvia will. If no transit — no Latvia.

— It turns out that sanctions are not only “phew” in Russia, but also a means for redistribution of power in Russia?

— Russia is extremely rich, it has a very large territory, but a small number of residents, to preserve the richness and territory. Russia has a fifth (21%) of the world’s resources, with 12.6% of the world territory and 2.4% of the population. I have a Stratfor about how it is envisaged to divide Russia. Putin prevents globalization. Putin is to blame.

Why the globalists do so, preferring not to the partnership, and the section of Russia — is unknown to me… But really the game is very big. Through Ukraine wanted to start a world war. Now it seems to be over.

Now trump, who, like Putin, wants to eliminate the “Islamic state” (banned in Russia organization — approx. ed.). If he fails to eliminate it, will change the whole of Europe. Europe is becoming Islamic. Already prepared 40 million around. The world is becoming more wild. Even 20 years ago, the American economist Lester Turow predicted the inevitable rise of religious fundamentalism and ethnic separatism. It will be observed, for example, in the Islamization of Europe.

— What, in your opinion, the outcome of this game?

— At one time to sever ties with Hitler Karl Haushoffer (being summoned to the Nuremberg Tribunal as a witness, he committed seppuku (suicide, the same that a Hara-Kiri — approx. ed.) and his wife took poison) was the idea of building a Eurasian. Japan, Russia, Germany. And this project can now be realized…

But isn’t it utopia? You are in the book of the arrows is quoted forecast Stratfor: “In Europe there is no state that can support such an Alliance. For example, Poland and France are strong opponents of such an Alliance. The Alliance between Germany and Russia would have caused fear and terror throughout Europe”. And America does not want such an Alliance.

And still European aristocracy does not want to live under the dictates of the United States. In anticipation of the Islamization of Europe, and especially because of the reluctance to become a colony of the United States through the Transatlantic partnership, the situation in the European Union is changing dramatically. In such circumstances, the Old Europe, its aristocracy, and major corporations are beginning to talk about rapprochement with Russia…

— But how will they agree? You quoted a Russian historian and sociologist Andrey Fursov says: “Russia is the “anti — system of the West.” Russia has another (perhaps alternative) model of the world. This model, which can be called “Stalinist” or model of the “red Empire”, is possible only on the basis of technical, economic and financial independence from world capitalism…”.

— In my subjective perception, and in the book of the arrows you have the main thing is the context — political, historical “flower bed” which to this day all the digging, not the shooters themselves.

— Interested in Latvian Riflemen I started 40 years ago. Now I want to understand what can I do for the 100th anniversary of the Latvian state. Latvia is only two things the world values. First there was the Baltic Germans, who after the battle of Poltava surrendered to Peter the great, received a letter about the favors that provided them their former rights in return for honest service of Russia. And they two hundred years before the First world war, was built by Russia.

The second fact is the Latvian Riflemen. Those in Riga in may 1917, five months before the October revolution, made the proletarian revolution. Peacefully, without firing… Voted against the Provisional government. Yes, in the end the arrows were the saviors and the October revolution. Those historians who are now in power, do not recognize mentioned a proletarian revolution. It is impossible to say. In Soviet times it was impossible to say, because the first was Lenin and Petrograd. It was, as it were outside history. But it is a culture. It was a struggle for justice, for a just government… It has always been since biblical commandments. Justice is the main thing that was and is. This trump and won the election — a promise that people would be welfare.

— What is your attitude to shooters, to the fact that they made a “fact of world importance”?

— Very important issue — the independence of Latvia. Germany came when the world was already divided. The British very successfully incited the Germans to war with Russia. Germany lost, and to alienate Germany from Russia, the British organized these States along the border. This belt, which is now just passed into the sphere of influence of the Americans.

One of the chapters in my book is called “the Tragedy of the Latvian Riflemen. Geopolitical aspects”. There are two maps that reflect the plans of England. The map from 1919 Latvia no. On the map, which appeared a year later, Latvia is already there. In fact, however, it was accepted only when Russia has officially abandoned this site. Until the Peace Treaty of 1920, independence was not. Only after Latvia has joined the League of Nations.

And Lermontovsky fights the decisive role played by English and French warships which stopped the advance of Bermont on Petrograd. All these years the British and French governments did not want to reveal their people the objective truth about that during Bermanite their fleets actually fought on the side of the Bolsheviks. In fact, the allies were not interested in preserving his rival, the Russian Empire.

The British retained and Karlis Ulmanis. Along with this, we can say that the Latvian government organized the British and reanimated Americans. After the collapse of the Soviet Union. This is a story about independence…

But will she survive? At least the same Europe…

— It needs to negotiate large state. As it happens I do not know. At the time, was Yalta. In my perception, the future of Latvia can be only in the economic space of Russia. Politically, it is possible to build in different ways, but economically there.

— Will be the opposite… But that will change.

I pass by the Ventspils port, which became a point of internal transit in the Baltic sea. Worrying about the past, about the events of 1905 and 1917 resemble the monuments. Preserved only the main wealth of Latvia is its geographical location, a place by the sea. Would be more affluent neighbors and good relations between them, to go transit. Rather, it would be smart government, able to make friends with the neighbors…