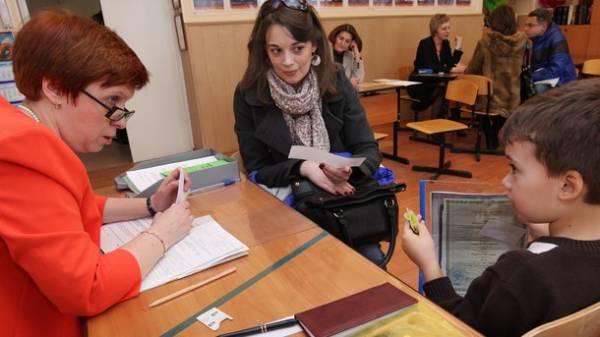 In anticipation of the new academic year across the expanses of social networks again walking joke: “Only the eyes stopped twitching as again 1 September.” And the truth is, parents have a lot of worries: buy new uniforms, stationery, buy books, if they suddenly printed that to dormostrabot in school, etc. But the most unpleasant — to spend a lot of time in queues to physicians and to take the coveted certificate stating that the child is ready for school life and achievements in physical education classes. However, according to experts, if you know the law, many unpleasant moments can be avoided.

According to article 53 of the Constitution, everyone has the right to education. And according to the decision of the constitutional court of Ukraine from 04.03.2004 №5-RP/2004, no one can be denied this right, including because of the lack of mandatory vaccinations. That is, mandatory vaccination calendar only recommended for implementation. But it is not so simple.

“There is the Law of Ukraine “On protection against infectious diseases. And according to the article 12 can be written to refuse vaccinations — says the President of GO “League for the Protection of Civil Rights,” Vyacheslav Kostylev. — Article 15 of the same law says that children without vaccinations, visits to children’s educational institutions is prohibited, except in cases of medical contraindications. But theoretically, if the doctor at the children’s clinic will provide a certificate stating that the child is healthy, do not take without vaccination to the school are not eligible. However, 90% of pediatricians such a statement without vaccination do not give.”

IN PRACTICE. In many countries of Europe, vaccinations are not compulsory but most parents immunizing children — they are properly informed and know that the state is responsible for the quality of vaccines. In Ukraine from-for contradictions in the legislation difficult to understand how it voluntarily. But remember: no amount of manipulation can be done with children without formal parental consent. If you are not willing for whatever reason to vaccinate a child — write failure. And remember: the removal from school is made only by order of the administration, given to you against signature. 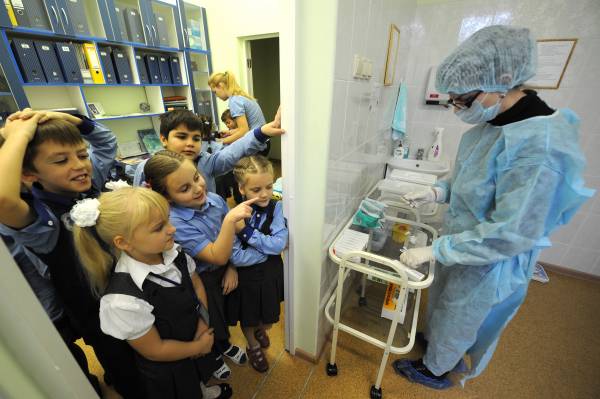 Vaccinations. Only with written consent of parents. Photo: V. Matytsin/TASS

NO QUEUES: HELP THE BIRTHDAY

For a week or two before 1 September in the children’s polyclinics in front of the offices of pediatricians lined up a huge queue of children and their parents who need to get information about the health status of the child to the beginning of the school year. It is an exorbitant burden for the excited kids and adults, and for primary care physicians. And absolutely in vain, because there is the Order of the Ministry №682 from 16.08.2010 year “On improvement of medical maintenance of pupils at General educational establishments”, in which mandatory preventive examinations conducted in a calendar year. That is, the request of the administration of all schools on September 1 to bring a certificate “form No. 086-1/0” about health — unfounded.

Information about the state of health of the child taken during the calendar year.

“The country lacks education. In Kiev, it is impossible to break the deadlock, albeit with difficulty, but the process is. Because officials usually are using the ignorance of the people of their rights,” — said a member of the standing Committee of Kyiv city Council on budget and socio-economic development Alla Shlapak.

By law, parents must attend a check-up the child for a week or two before his birthday, and thus the burden on the clinic is evenly distributed throughout the year. “In my area many parents know about this Order, but there are those who are willing to sit in queues because of the school require — Kiev says pediatrician Valentina Kirichek. — I even had a chance to explain one of the PE teachers that the reference is given for a year, and it is in force from 30 April (day of birth of the student) to 30th April of the following year. The same applies to “form # 086-2/0″ — on preventive work with students, their parents or legal representatives to identify risk factors for alcohol and drug problems.”

In addition to examining pediatrician, there is the scheme of examinations by other doctors before getting help (and thus load and these doctors are distributed correctly). In 6 years (or older before entering the school) — a children’s surgeon, orthopedist-traumatologist, an ophthalmologist, a dentist, may be other doctors in the direction of a pediatrician (by prescription), blood tests. 7-10 years — inspection according to the testimony, in 11 — children’s surgeon, orthopedist-traumatologist, ophthalmologist, dentist, doctors on the testimony and blood tests. In the 12-13 years — according to the testimony, in the 14-15 — dentist, gynecologist childhood and adolescence (as indicated), the surgeon, an endocrinologist, a psychologist (if indicated), chest x-rays, blood work. In 16-17 years — dentist, gynecologist (if indicated), chest x-ray.

CLEANING OUTSIDE THE LAW

Another “sanitary subject”: whether the children to clean the classroom after school? In article 52 of the Law of Ukraine “On education” States that it is forbidden to distract others at the expense of teaching time to the work and activities that are not related to the learning process. Also, according to the head of the Kyiv Main territorial administration of justice Stanislav Kutsenko, article 43 of the Constitution prohibits “forced labor,” so that no student is obliged to participate in school or community work days to clean the class. This work must be performed by the cleaner, the salary of which is allocated money from the budget.

WHAT TO DO. In any dispute, whether the requirement to purchase school uniforms, additional books, requisitions for repairs, forcing additional work, you must first apply to the school Director, lawyers advise. If no results will follow, to write a complaint to the Department of education. And the last step — going to court. 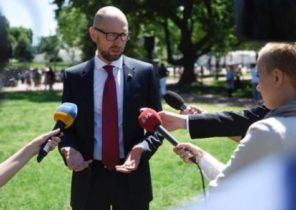