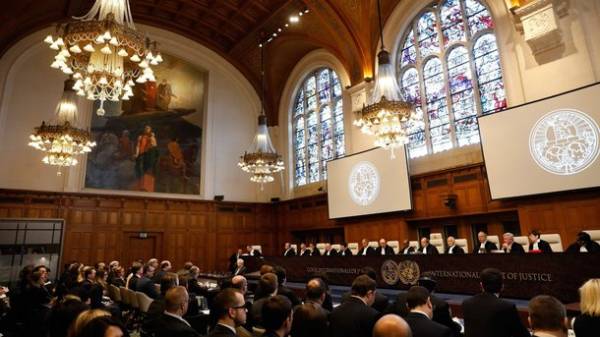 The international court of justice in the Hague on Monday began consideration of the claim of Ukraine to Russia — Kiev accuses the aggressor in supporting and financing terrorism in Donbass and racial discrimination in the Crimea. This week the judges are familiar with the arguments of the parties. “Today,” found the verdict to expect when this can occur and what results it will bring.

FOUR DAYS ON THE COURT. The first phase of work on filed on January 16, a lawsuit will last for four days. As told “Today” international lawyers, according to the procedure, during this period, the charge — Ukraine — will present its arguments to the court will require for the trial of the accused — Russia — to stop criminal acts (further support of the rebels), and Russia itself will be able to defend themselves. That is, the discussion so far does not even touch the main claims. “Only considered the question of establishing the core business. That is, Ukraine has applied for the indication of provisional measures, to the provisions of Russia to refrain from any action until the final decision. Russia will respond, and the court will decide. At this stage we have a good chance,” — said the lawyer on international law Dmytro Shemelin. So the current status of the hearings was confirmed by the foreign Ministry spokesman Marian Betz, adding: the solution is to wait a month.

As for the main case, then it will start after the decision on temporary measures. According to the Practice, both sides there is no clear argument, there is only guilty part. “I want to make clear, what we blame Russia. With the support of the Russian Federation was committed such acts of terrorism: the Downing of the plane Malaysian airlines, the shelling of residential areas of Mariupol, when they killed 30 people, shelling residential areas of Kramatorsk destruction of civilian passenger bus in Volnovakha explosion during a unity March in Kharkov,” — said on the first part of the allegations the Minister of foreign Affairs Pavlo Klimkin. In the second part we are talking about violations of the rights of the Crimean Tatars in the annexed Peninsula.

THE TIMING AND CHANCES. If to speak about the main thing, the expert opinions diverged on the question of verdict, and in the matter of time. The Ukrainian diplomat Bohdan Yaremenko noted that we are talking more about the years of meetings, what about months. This idea was expressed by justice Minister Pavel Petrenko, who said that traditionally such things are considered 5-7 years. “It’s true: the majority of cases in this court drag on for years. And a few years there will be no constructive decisions, — said the expert on international Affairs Andrew Buzarov. — The results say it is even more difficult is the experience, for example, Georgia, which failed to defend their interests.”

Shemelin added that the court may waive the proceedings and to refer to the fact that it is not his competence. So, for example, was the case with Yugoslavia, which has filed a lawsuit against 10 NATO countries in 1999.

“The international court accepts only cases in which there is Express consent of the parties. Now that the agreement is in two conventions referred to in the Ukraine. But there is a General formulation, and we need to show that the case falls under these documents. For example, a court might say that he sees the dispute about racial discrimination and to sue there is nothing,” — said the lawyer.

Political analyst Volodymyr Fesenko separates terrorism from discrimination and says that they have a different probability of approval: “the accusations on human rights violations many high-profile facts, and in this respect we have a lot of chances of a verdict in our favor. On terrorism more difficult — we are talking about hybrid war and Russia is not acting right,” concluded Fesenko.

Courts: genocide and the stolen children

Note that the action in the court of the UN – not the first claim to the Russian Federation from the Ukrainian side. So, today is preparing a lawsuit against Russian President Vladimir Putin and his inner circle to the international criminal court (ICC), which is also located in the Hague. He, recall, was established to investigate genocide, war crimes and crimes against humanity. But last year, Putin said that his country has not ratified the Rome Statute on which the ICC operates, and hence to accept the decision of this court of the Russian Federation will not. The situation is exacerbated by the fact that Ukraine has still not ratified the document.

Ukraine has also sent five cases to the European court of human rights (ECHR), and another one, according to Petrenko, on the way. They relate to the occupation of the Donbass, human rights violations in the Crimea and ban the Mejlis. The latter claim concerns the theft by Russian border guards Ukrainian children (they missed the bus with the children of Donbass to the alleged recovery in Russia). The constitutional court of the Russian Federation in 2016 held that the decisions of the ECtHR the last word for him, and therefore, Russia can not perform. 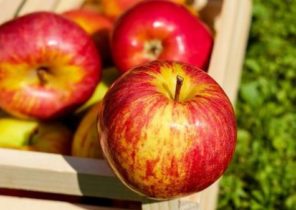