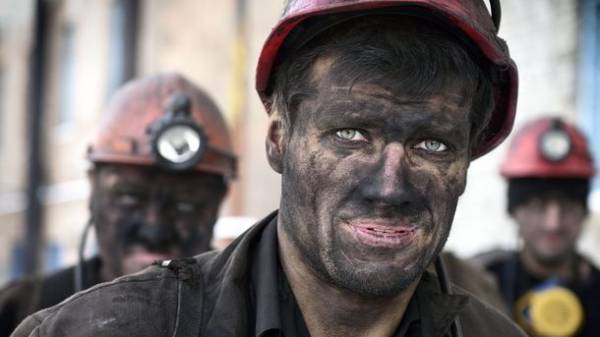 Today “government” of the breakaway “republics” began to impose “external control” on the businesses that pay billions to Ukraine hryvnia taxes. At this step, the militants went after expired “ultimatum” – in the so-called “DPR/LPR” demand to stop the blockade of Donbass. The website “Today” to find out what the losses are threatening the Ukrainian economy.

According to the adviser head of the SBU Yuriy Tandit, such enterprises paid to the budget of Ukraine for the last year to 31.7 billion hryvnias, that is more than the expected loan tranche from the IMF. “For 2015 enterprises are registered in Ukraine and located in the territory ORDO, paid to the budget of Ukraine almost UAH 20 billion. For 2016 31.7 billion UAH. Moreover, including military training – about 800 million of these businesses have paid to our soldiers could defend the integrity of Ukraine,” the official said on the television broadcast. 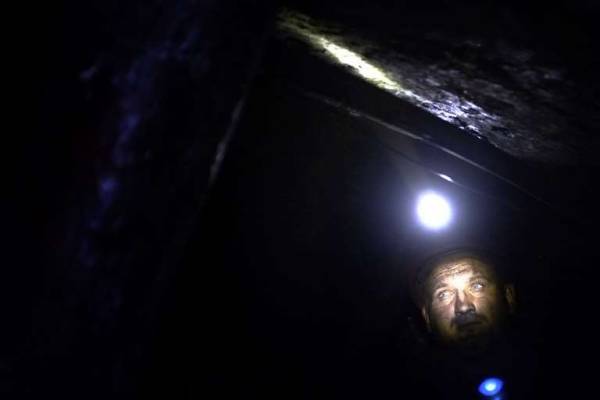 Now the so-called “LNR” introduced a temporary administration in the three enterprises in the Luhansk region. By the way, in the resolution of the so-called”LNR” on introduction of temporary administration, companies referred to as “non-residents of the Republic”, that is, the self-proclaimed authorities recognize that the assets registered in the territory of Ukraine.

The President of the Ukrainian analytical center Alexander Okhrimenko, if Ukraine will lose these businesses, the country’s GDP could shrink by 5%. This completely eliminates the projected growth of the economy this year. “I think we can lose approximately 5% of GDP. In addition, if will fall, export revenues, the dollar will be much higher 27 hryvnia, so to speak. Don’t want to scare people,” – says economic expert.

However, according to experts, even under conditions of “external control “republics”, to companies for normal operation will have to seek markets. In most so-called “DNR” already said they were going to “refocus on the Russian market.” Head of analytical Department of Concorde Capital Oleksandr Parashchiy sure: in Russia and anthracite metal from Donbass not needed.

“Anthracite in the Russian market cheaper. I don’t know, it may be useful to export it. But on what basis would they do that? Who will buy coal that will be mined is not clear by whom. These are the risks and costs will be at this coal are quite different. Not every responsible buyer would want to take. It is unprofitable to them. For metals, Russia would be for them to export? In Russia nobody wants it. It will be additional costs. And who will lead these companies? If it’s not those qualified people who now run them, how long will it last? A big risk that they will do something wrong and the enterprise will simply stop,” – says the expert.

According to Alexander Okhrimenko, the history knows several examples when, after the seizure of the territory of the enterprises “nationalized”. The risk of losing their industry, he said, is for Ukraine.

“History knows such examples. This is the usual seizure of territory, as the Crimea. And now Russia captures part of the Donbass. You may recall Nagorno-Karabakh, Abkhazia. Unfortunately, this is very sad news for the Ukrainian economy. Moreover, there are a number of the largest enterprises”, – says Alexander Okhrimenko.

“History knows such examples. This is the usual seizure of territory, as the Crimea. And now Russia captures part of the Donbass. You may recall Nagorno-Karabakh, Abkhazia. Unfortunately, this is very sad news for the Ukrainian economy. Moreover, there are a number of the largest enterprises”, – says Alexander Okhrimenko.

At the same time, Oleksandr Parashchiy said that the statements of the leaders of the so-called “republics” are the words of the introduction of external control, not nationalization.

“They use cryptic phrase “external control”. I understand that will be determined on an individual basis. I do not understand this term. How will be managed? Who? Will fire the entire top management of enterprises and appoint their “monkeys”? I don’t believe it. If they want to work in the Ukrainian legislative field, they will have to pay taxes,” – says the analyst.

The reaction of Ukraine “nationalization” violates the Minsk agreement

“The inviolability of Ukrainian enterprises on the territory of the so-called “republics” – one of the conditions of the Minsk agreements, said the Deputy Minister on the issues of the temporarily occupied territories and internally displaced persons, the George Tooke during the broadcast on one of the channels.

“If we will witness to the fact that our enterprises are registered on the territory of Ukraine, will be taken under, as they said, external control, it will be a direct violation of the Minsk agreements,” said Tuck.

According to the press Secretary of the representative of Ukraine in Minsk Leonid Kuchma Durka olifer, today in Minsk began the meeting of the Trilateral Contact group. In which may also discuss and question the so-called “nationalization”. 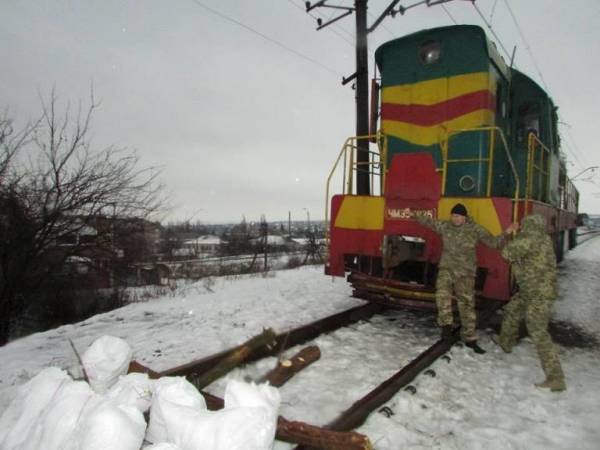 Vice-speaker of the Parliament Irina Gerashchenko suggested the possibility of “nationalization” 18 Feb, after Russia decided to recognize the passports of the so-called “DNR” and “LNR”.

“Do not be surprised if the next step will be the nationalization of Ukrainian property in the occupied territories. Somehow sure that it Russian-driscoe looting and theft creates this database for the recognition of papers, “documents”, to continue to recognize the Ukrainian property “Republican” and everything to steal, as it was with the Crimea”, – outraged Gerashchenko on his page in the social network.

See ALSO: what consequences may result from blockade of Donbass

15 Feb Prime Minister of Ukraine Vladimir Groysman declared that the blockade of the supply deficit of anthracite coal used by thermal power plants of Ukraine is a crime and undermines the whole national economy. In connection with the blockade of coal supplies from Donbass in Ukraine from 17 February introduced a state of emergency in the energy sector.

Also recently, Groisman said that the blockade of Donbas may adversely affect the government’s forecast of 3% growth of the national economy in 2017.

After the start of the conflict in the Donbass Ukraine lost about 25% of its economy, according to the Cabinet. According to estimates of the Ministry of social policy, in 2014 in the occupied part of Donbas has closed 20 thousand enterprises, that 60% of their total number. In addition, foreign exchange revenues in the country fell by 20%. According to the Institute of demography and social studies, at the beginning of hostilities the number of jobs in the Donbas declined by two million.