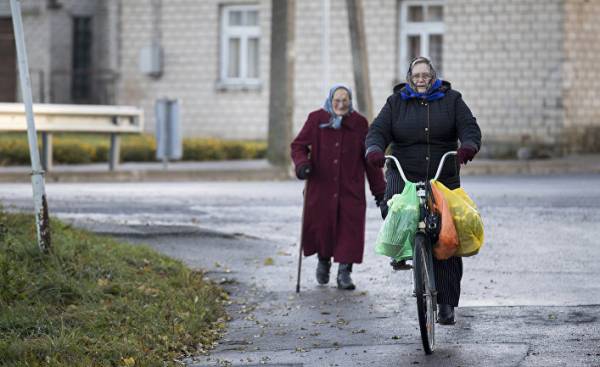 Income inequality, the poverty of some residents of Lithuania only grew and have now become almost the largest in the entire European Union.

Out of pocket Lithuanian residents pay a third of all the money that goes to health care. Despite the fact that education funding has increased, its quality declined. For these and many other problems drew the attention of the European Commission (EC), which recently presented a report on the progress of Lithuania.

In some areas, our country has stepped forward, but part of the problem has become much sharper. Economists have different opinions of such comments. On the one hand, they recognize these problems of the EC, on the other, I believe that the introduction of new taxes will only increase emigration, of which no less than 10 years the country will face serious challenges.

According to the EC, economic growth and employment in Lithuania has not reduced poverty. On income inequality in Lithuania is in the EU the most unsightly position. In 2015, the income of the wealthiest 1/5 of households was 7.5 times higher than the poorest 1/5. In addition, 1/10 of households accounted for 28.8% of total revenues (2012: 23.9 per cent). As noted by the EC, is the weakest in the EU.

According to the EC, this is due to the ineffective tax credit system — the “flat tax” (flat tax) limit the redistribution of income. In addition, tax incentives are insufficient to reduce inequality. Particularly vulnerable pensioners, disabled people and some other group companies.

According to the report, because of the emigration in the future, the country will face serious demographic challenges. The most acute they will be in the middle of the next decade. According to current forecasts, the number of people of working age in Lithuania will increase until 2060.

Due to the aging of society spending on education, health care, long-term care and pensions will increase. The question of how Lithuania looks at the background of other EU countries, press Secretary of the Lithuanian mission to the EC Giedrius Zudikas said, “the Progress of Lithuania roughly meets the average of other countries, it is not included among the leaders or the Laggards”.

“EK calls the challenges of economic growth, improve the welfare of society, so their decision is beneficial to the countries themselves. Sanctions are envisaged only if the country does not recommendations in the areas of fiscal police and violates the Pact of stability and growth,” he explained.

In order to combat inequality, the Commission proposes to consider the possibility of raising some taxes. For example, revenues from taxes to the environment and property in Lithuania is far below the EU average. Among other things, the report says that over the last 10 years in Lithuania the number of students has dropped by 39 percent, while real spending per student has increased significantly.

Despite the fact that in Lithuania the school staff and teachers more than in other countries, the results of the students in recent years only worsened. Nothing to brag about and in health — the incidence of certain diseases is very high and life expectancy low. Finally, almost a third of health care costs, residents of Lithuania pay out of pocket (in the EU on average — 15%).

Economist Rimantas Rudzkis skeptical about the EC proposal to expand the tax base or raising rates, he believes that this will lead to an increase in emigration: “Then the conclusions of the EC template. Lithuania is a tightly populated country, the population density we have a very small level of contamination is low, and if you follow the example of the EU, it would be even worse. If taxes will be even higher — for example, in Sweden or France, that will encourage not to invest in Lithuania”.

Now stop investments not so much the high rates as the complexity of the system, bureaucracy, excessive regulations in some areas, inflexible labour relations. Rudzkis agreed that income inequality in Lithuania is a problem, but it is unlikely the main cause of emigration. “I don’t know, does this explain the scale of emigration since Lithuania is leaving and a lot of people with large incomes. The problem is that emigrate so-called “white collars” or graduates of elite high schools, from quite wealthy families. Yes, it is a problem, it is necessary to achieve lower income inequality. But the main reason of emigration — a huge difference of income compared to other EU countries. We just do not have enough investments,” the economist said.

Senior economist at Nordea leader. drew attention to the fact that in this case, the EC stressed in Lithuania, the problems associated with large emigration: “If we fail to stop immigration, it will lead to further negative consequences. Leave the young working-age residents. So, productivity growth will not be so small, for what I hope will be a big challenge and social protection systems etc.”

But about the problem of income inequality EK says not for the first time. Special attention is paid to the unemployed, the country allocates to social spending less of GDP. “Inequality is high because in fact the system does not work social protection. “Sodra” covers a lot of uncharacteristic functions, it acts, few linkages between what a person pays and gets what. Hence, a large desire not to pay taxes. For example, the tax on health care. What happens if you do not pay or pay a little — what’s the difference? Virtually no. It is necessary to communicate. For example, in Switzerland pay a lot, you get more services. In Lithuania there is no such connection, there is no motivation to pay,” — said.. 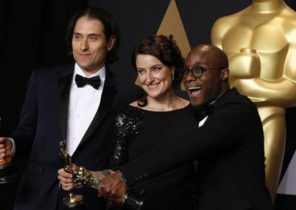