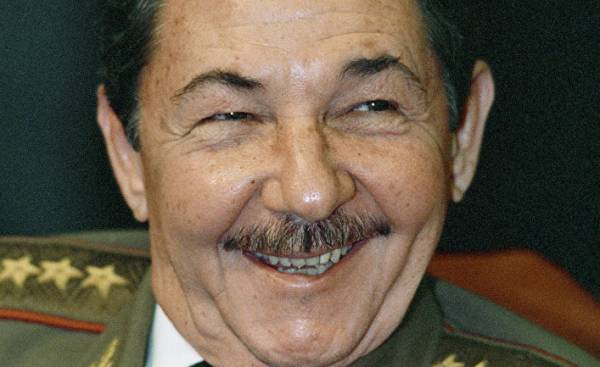 Cuban President Raul Castro five years ago, said that in 2018 he will quit leadership positions. As expected, the 85-year-old Raul will leave the highest state post in February 2018, and replaced him for the first time in 60 years, to come a new generation. The question arises: who will be the successor of the political legacy of Fidel, who died in November last year, and which, according to experts, restricted, held by Raul Castro’s reforms in Cuba?

The last year of the reign of Raul Castro can become the starting point of the transition period.

If 2015 was the year of the thaw in relations with the United States, then 2016 is the year of resistance to the reforms of Raul from the conservative party’s old guard.

In 2017, after the funeral of Fidel Castro can be defined as a year of uncertainty.

“It is clear that reforms are treading water for the last two years. Raul Castro has left only one year to continue to improve the situation in the economy”, — says an expert on Cuban Affairs Florida international University Michael Bustamante (Michael J. Bustamante).

In his opinion, Cuba this year will face two major problems. On the one hand, with the coming to power of Donald trump increases the risk of a setback in relations between the US and Cuba. On the other hand, the White house abolished the rule, called the “politics of wet and dry feet”, which allows Cubans who reached the coast of the US to apply for a residence permit within a year, while other illegal immigrants subject to immediate deportation. This will lead to increased social tensions within the Cuban population, which is thus left for America.

“I think it will be a crucial year for Cuba,” — said the publication of Bustamante.

It is unlikely that the Cuban economy in 2017 will make the leap.

“The Cuban government expects economic growth this year will be 2% due to the increase in prices for Venezuelan oil. I think it’s too optimistic forecasts. There is no sign that Venezuela will be able to get out of the crisis”, — the economist of the University of Pittsburgh Carmelo Mesa-Lago (Carmelo Mesa-Lago).

According to official data, 10% of the GDP of Cuba has been in trade with Venezuela.

The main sources of foreign exchange are remittances from Cubans living abroad ($2.5 billion per year) and international tourism. In 2016, was marked by the historical record. Cuba was visited by four million foreign tourists, among them 270 thousand of American tourists who came to Cuba for the first time after Barack Obama lifted the ban on travel by American citizens on liberty Island.

Last year, U.S. airlines began to make regular flights to Cuba. However, the period of “thaw” in relations with the US can be overshadowed with the arrival of the White house of Donald trump.

“Air transportation is the most vulnerable part,” said the former Cuban diplomat Carlos Alzugaray (Carlos Alzugaray). — So far in this direction nothing has been done, but if it happens, will be affected by the interests of big campaigns. No one knows what can take trump. He’s an unpredictable madman. The political elite in Cuba in terrible ozhidanii,” — said Alzugaray.

Cuban society is waiting. Illusions about the rapprochement between USA and Cuba go into the background, as the deterioration of the economic situation. Of particular concern is the shortage of essential goods, low wages. Taxi drivers engaged in private carrying, threatening to strike because of the restrictions on transport prices.

But most acutely Cubans perceive an end to the policy of “wet and dry feet”. The possibility of escape from Cuba almost closed, and there is an urgent need to take measures of internal liberalization.

According to the economist Omar pérez (Omar Everleny Pérez), it is necessary to carry out the decentralization of management of state companies, to give freedom to business activities, to expand the list of permitted activities for small and medium businesses. It is impossible to restrict the freedom of entrepreneurial activity only in the sphere of transport and catering. In Cuba there are thousands of architects and lawyers, who also want to engage in private practice.

For entering Cuba from the economic stagnation it is necessary that economic growth was at least 5% a year, says Carmelo. However, he does not believe that Cuba will be able to provide such economic growth by 2020 while maintaining “the current rules of the game”.

“Without the creation of a market for goods and services without the permission of the cooperatives and private entrepreneurs to engage in export and import operations, without attracting foreign investment — this task is impossible”, — the publication said Mesa-Lago.

However, according to the economist, while in power, Raul Castro any cardinal changes will not occur.

At the same time Carlos Alzugaray believes that this can only happen after the coming to power of the younger generation. There is no doubt that Raul Castro will retain the post of First Secretary of the Communist party of Cuba until 2021. Chairman of the State Council of Cuba will be a 56-year-old Miguel Diaz-Kanel ‘ (Miguel Díaz-Canel), currently occupying the post of Chairman of state Council of Cuba.

Earlier, Raul Castro said that the election of Diaz-Canela need to preserve the unity, continuity and stability in the state.

Diaz-Kanel ‘ has a reputation as a reformer, in his younger years was a fan of rock music and is characterized by traits such as stealth and caution.

It should also be noted that while Raul to remain in power, do not expect the adoption of the law on small and medium-sized businesses, reform the electoral system, says Carlos Alzugaray. In his opinion, it is unlikely that there would be a gradual process of abolition of the circulation of dual currency (Cuban pesos and Cuban convertible peso — CUC). This creates difficulty and inconvenience for the tourists and for foreign trade.

The transition of a socialist economy to a market economy is inevitable.

Rumor has it that the son of Raul, a 52-year-old Alejandro Castro (Alejandro Castro) can also enter the “tip” of the new government in Cuba. Currently, he is the right hand of the father, and was responsible for secret negotiations to unfreeze relations with the United States. In addition, Colonel Alejandro Castro in charge of the Ministry of internal Affairs of Cuba and the Revolutionary armed forces.

The most plausible is the claim that the family clan Castro, in power for more than 60 years, will never allow themselves to came to power strangers.

As correctly noted by followers of the Afro-Caribbean Santeria cult, widespread in Cuba, no hat can not overshadow the crown.