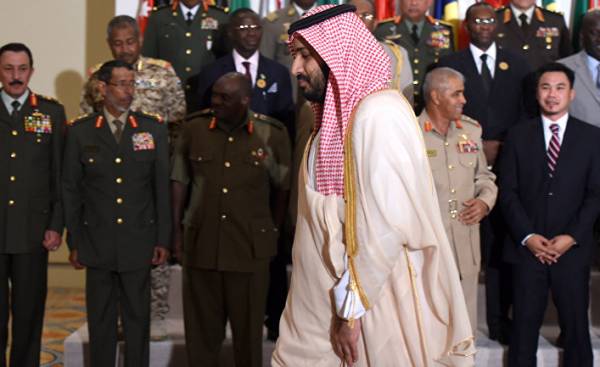 If we want to see the first results of the visit of the Turkish President Recep Tayyip Erdogan’s three monarchies of the Persian Gulf (Bahrain, Qatar and Saudi Arabia), we need to take another look at the statement by the representative of the Higher Committee on negotiations (CPSU) of the Syrian opposition, the headquarters of which is Riyadh Salem al-Muslet. They expressed “hawkish” attitude to the fourth Congress of the Geneva conference, which means the restoration of trilateral relations between Saudi Arabia, Turkey and Qatar, as well as the gradual distancing from Russia.

Based on statements by the American media, this escalation seems obvious. CNN reports on the intention of the administration of Donald trump to send us forces to Syria under the pretext of fighting “Islamic state” (banned in Russia — approx. ed.). However, wouldn’t such actions to the repetition of the Libyan scenario, a secondary purpose is to attempt to overthrow the regime? Who will pay for costs: the Gulf countries? Speech, in particular, about Saudi Arabia, given the fact that Donald trump will not be able to send armed forces if they are not reimbursed for all their expenses.

Sending American troops will be the turning point for the Syrian theater of military operations, as well as evidence that between the President of the United States, Turkey and the Gulf countries, and perhaps between Israel, there is a plan, previously agreed during a lengthy telephone conversations with the leadership of these countries. Moreover, these developments will cause a huge number of questions from Russia and Iran.

Yesterday in his statement, Salem al-Muslet, acting on behalf of the CPSU stated that they are interested in holding direct talks with Damascus to save you time, but also intend to put an end to the suffering of the Syrian people. All these fine words, however, they have another thought: “Bashar al-Assad can’t lead any of the governments of Syria, neither the interim nor the government, created after the crisis. Moreover, if Assad stays in power, the Syrian people should not have made such efforts”. This position negates the negotiations in Geneva at the fourth Congress before they started. Moreover, it destroys and results of the third Congress.

Russian-Turkish agreement was not to address the issues of CPSU, as well as not affecting the role of Qatar and Saudi Arabia in resolving the Syrian crisis. Moreover, these three parties (Qatar, Saudi Arabia, the CPSU) were not officially invited to the first conference, held in Astana, or the second, which began its work on Thursday. However, after lengthy negotiations with the American President Donald trump, in the Turkish position there was a sudden change. All the cards are mixed up after the visit of the new head of the Central intelligence Agency in Ankara a few days ago and there was a new Turkish “twist” in the Syrian issue.

President Erdogan reaching agreement with Donald Gangway, made a political speech about Syria and violated “agreements” with Russia. He announced his intention to create a buffer zone in Syria with the length of five thousand square kilometers and send the armed forces the “Shield of the Euphrates”, consisting of auxiliary troops of Syria and backing the special Turkish forces to return Manbij and push him to the Kurdish forces, after the capture of al-Bab, and go to the capital, the Islamic state of Raqqa.

A new “twist” in the Turkish position is also reflected in the late arrival in Astana, the Turkish delegation and detachment of the armed opposition, with the support of Ankara for joint negotiations related to the establishment of a cease-fire and monitoring apparatus, and in trying to make steps of goodwill to increase the level of confidence, including for the exchange of prisoners.

The Russian side expressed its concern in connection with unstable position of the Turkish “ally”. Russian diplomats made statements, saying that Turkey pursues other targets in Syria in addition to fighting terrorism, particularly “Islamic state”.

UN envoy in Syria, Staffan de Mistura, expressed his concern when responding to tough demands from the CPSU, the most important of which is the absence of the President Assad in the negotiations, as well as a new round in Geneva, which aim at the creation of a management body to monitor the process of political transit. In his speech he said, “the Agenda will be agreed in the report of the Security Council room 2254, and will be reduced to three points: the formation of a new government, a new Constitution and the holding of elections under UN supervision”.

He also added that these topics are the agenda of the negotiations of the fourth Congress in Geneva, and that you cannot change them, because they open the “door to hell”.

The change in the Turkish position, which was facilitated by the visit of Erdogan in the Persian Gulf countries, hides the American plan for a new phase of escalation of the conflict in the Syrian crisis. It is possible that during the negotiations the US President Donald trump, the king of Saudi Arabia Salman al Saud, President Recep Tayyip Erdogan and the Emir of Qatar, Tamim al Thani, reach agreement on its details.
The new agreement between America and Turkey restored the bridges between Erdogan and his American ally. However, they are based on the deterioration of relations with Iran, and creating a “new group” headed by the President of Turkey to provoke Tehran and the formation of a buffer zone in Syria in order to prepare the division into zones of influence.

The fall of Aleppo directly into the hands of Syrian forces was due to their secret agreement with Turkey and the interference of Saudi Arabia and Qatar. This has weakened the Syrian opposition, both politically and militarily. Moreover, changing the position of Erdogan in relation to its new ally Russia paved the way for the revival of the Syrian opposition and to strengthen it further. All this is due to “hawkish” attitude of the delegation of the CPSU. The creation of the allied factions of Turkey is necessary in order to represent the opposition at the conference in Geneva and to take a majority, leaving Moscow and Cairo only two places.
As Moscow’s response to anticipated change from its new Turkish ally? What is the position of Iran and Syria? All this we learn in the near future, and, of course, the results of the fourth Congress of the conference in Geneva will not be better than the results of the third meeting.

Perhaps the military escalation will be the explanation for political change, decided on by the CPSU, with the support of Riyadh, Ankara and Doha… time will tell. 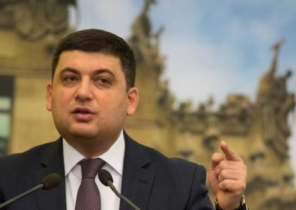 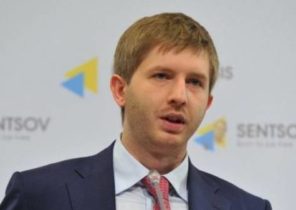