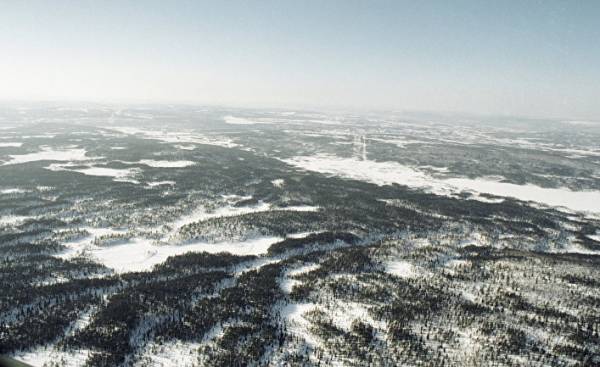 SPIEGEL ONLINE: have You driven on snow and ice about 4 kilometers in the South of Siberia to the North. Part of the way ran on the way to the Anabar Anabar Bay — how did You come up with this idea?

Michael von Hassel: One of my friend, the writer Speri Kolya (Kolja Spöri), an avid traveler, one of those who wants to visit the most remote places on the planet. And “the road to Anabara” leads to the northernmost point of the world to which you can drive on a normal car — it’s North than the North Cape in Norway or Prudhoe Bay in the United States. Kohl drew attention to the fact that this route has not yet been covered in the blogs. We were told that we were the first German tourists there.

— How were you received at the end point, in Wrong Hai, 100 kilometers South of the Arctic ocean?

— The Evenks, a nomadic people, populate, there are two or three villages. They have difficult lives — widespread alcoholism, a high percentage of suicides. They cheered us, fed, had a tour of the village. We are now immortalized in the Museum — there in the window was placed a picture with names.

— You have experienced extremely low temperatures — to minus 50 degrees — why did you go in the winter?

— The path for the most part — from Verkhnemarkovo to the Arctic ocean — ran on the winter roads, and frozen rivers. In the summer there is almost everything in the swamps — just not accessible. From December to March, the largest diamond producer in the world, the company “ALROSA” clears the way. Its trucks carry the oil, which in summer is transported by tankers on the coast, it is delivered in a Good and peaceful, the two cities with a huge diamond deposits.

— You went to Lada Niva and Dacia Duster — these machines have survived the cold?

— Both machines — very sturdy model and very common in Russia, so they can be fixed on any stretch of road, sometimes just using duct tape. The motor we put a non-combustible termonology that they sell in any supermarket, and the grille is secured mats, so the engine kept warm. Because of this heating in the cabin was not, so it was very cold. In our clothes, we looked like astronauts. Since we breath the air immediately froze on the Windows, we had visibility only through the windswept windshield.

And? Was the problem?

— Only once, when Lada was denied the fuse of the radiator.

Sounds not so bad.

— In General, no, but at minus 50 degrees the machine has to work day and night, otherwise it will freeze everything or moving liquid — oil, gasoline, and the fluid in the gearbox. After the failure we had to drown out the Lada. The next morning she couldn’t move — even the wheels had frozen. Before the service, there were only about 100 meters, but first had to move it with the truck, which dragged her along. Then we helped about 20 loggers to push her the last few yards to the Studio. The mechanic changed the fuse, the car, the whole day was warmed up and then we carried on.

You missed 4000 miles in eight days — did you manage to sleep?

— Almost no, because we could only go at a speed of from 30 to 60 km/h, we travelled night and day when it came out. But on the frozen river we could only go in daylight, not to fall into gullies, covered with a thin layer of day or night we would never see. There are no hotels or guesthouses, you need to constantly ask whether it is possible somewhere to eat or to sleep a few hours. All very hospitable, helping each other. Sometimes for 1500 km can not see any houses, no gas stations, nothing.

— Who you met there?

— Many truckers also geologists, reindeer breeders, hunters for sable. Many were interested — almost on the edge of the world we were talking about the EU sanctions, the policy of Merkel. Once we cooked the soup the man who lived there only with their dogs. This generally once a week comes a trucker whom he sells a bowl of soup or stew. He is engaged in fishing and hunting, made from a stuffed Falcon with which he speaks, is his best friend.

— How did you understand each other?

— Michael Rybochkin, a former Russian military, he worked in the oil and gas industry, as well as on the Bushehr nuclear power plant. Today, he accompanies travellers, adventurers and knows Siberia as the five fingers. Mike knows where you can buy food and fuel, because the gas station is only two or three places. For this you need to make an appointment for a few weeks and it is unknown whether there gasoline. We had to load ten gas cans in the car, Luggage or products was not enough room.

— Only your group of travelers, two cars, a continuous cold?

Also there were other travelers — the Finnish Professor of marketing and British, working in Jakarta. They are avid travelers, tireless, told incredible stories. We never even turned the radio on, compared to the country and people with our region and much discussed. It was the monotony of the landscape, which varied, at most, every thousand kilometers. Always the same forest, all plains. We brought a lot of joy to all to stand together.

— I always wondered how Russians carry these incredible distances and temperature. This country needs to see — it’s really worth it.

— What remains of the journey?

— I became obsessed with the latitude, the territories where there is no person. It’s dangerous, but cool feeling of pure freedom.