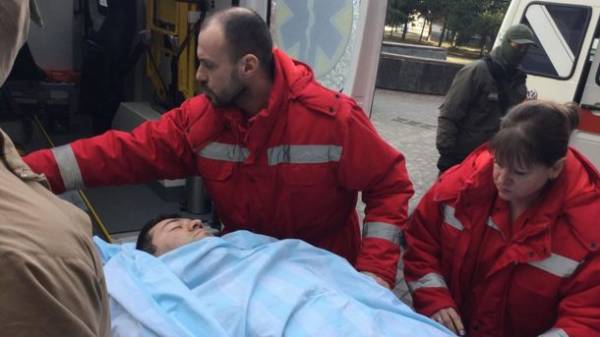 The head of the State fiscal service of the Roman Nasirov in the ambulance was taken to the cardiology Institute. academician Strazhesko, reports NewsOne.

According to media reports, he is in the ambulance with the numbers of the Ministry of internal Affairs with the doctors.

MP Gleb zagoriy said that only two employees of the National anti-corruption Bureau filed their identity, others in the form of NABOO – not shown. According to him, the doctors refused to show any documents about the state Nasirov.

“What I saw – the novel is unconscious, the feeling is that he is in a state of light anesthesia. Informally asked the doctors what his condition, they said stable, pressure good compared to the two days of ill health, the pulse is good,” said zagari.

The Deputy said that is in the medical facility to see the documents, “who will confirm or not confirm the status of those actions, which will be held here”.

As reported this morning Nasirov accompanied by employees of the NABU was taken from the hospital “Feofania”.