Ukrainian TV viewers get innovation started broadcasting foreign TV channel CW World, which will introduce people to the culture and traditions of South Korea. “CW World have appeared not casually, — has told “Today” the Director of “Media Group Ukraine” Evgeny Liashenko. — The fact that Korean films and programs like our audience. We were able to prove this fact the stream dubbed Korean television series who are actively looking Ukrainians.” According to him, in Ukraine, the channel will provide around the clock broadcasting in Korean language with English subtitles. Watch it will be the users of interactive television OLL.TV. “In the future, we will consider the opportunity to adjust or duplicate content and in the Ukrainian language,” added Liashenko.

And according to the Ambassador of the Republic of Korea in Ukraine Lee Yang goo, the beginning of the broadcast KW
World seriously strengthen relations between the two countries. “It plays a big role in the development of cultural cooperation. This determines the good image of Korea and Ukraine. In addition, the development of mutual understanding between our countries makes us spiritually richer,” — said the Ambassador.

According to the forecast of the head of the national Council on television and radio broadcasting Yuri Artemenko, Ukraine, the channel will gather a huge audience: “we Have a lot of fans of Korean culture. And the fact that it is duplicated in English, — an additional opportunity for us to study the Korean language. The audience will be not less than 100 thousand of Ukrainians.” In the last 10 years, the international TV channel managed to attract the attention of audience 100 countries, among which the Ukrainians. 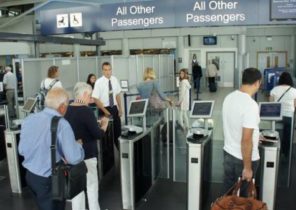 The foreign Ministry gave the Ukrainians an important tip for bizwise