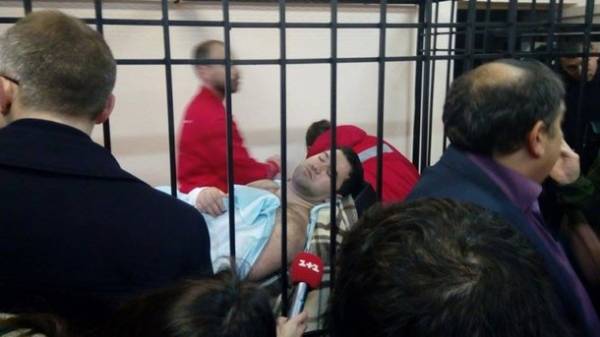 “Given the lack of earlier KVG and other objective data, specification of the diagnosis it does not appear possible in this regard, it is recommended that further examination in a multidisciplinary hospital”, – noted in the conclusion. 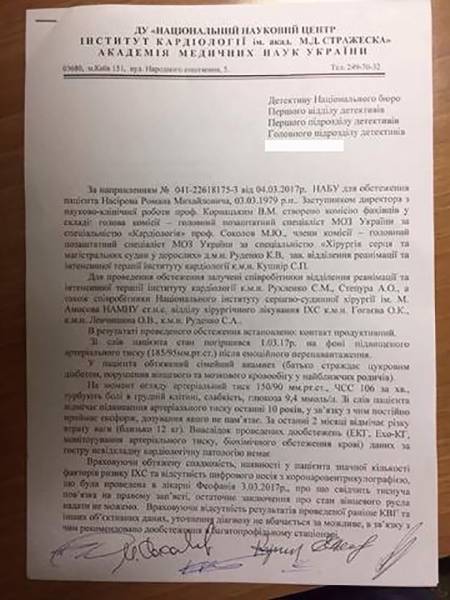 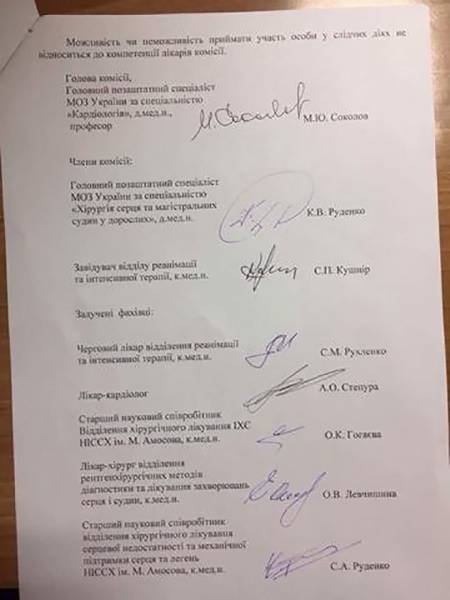 As earlier reported, the lawyer Nasirov Alexander Lysak stated that the Institute of cardiology named. Strazhesko are unable to give an opinion on the condition and the diagnosis of his client, as it brought no medical records from the hospital “Feofaniya” where he was treated before.

The lawyer also said that the doctors were unable to give an opinion on the possibility Nasirova to participate in judicial actions. He didn’t mention that the SFS head revealed no acute emergency pathology.

Recall now started meeting Solomenskiy district court of Kiev for election of a measure of restraint to the head of the State fiscal service Novel Nasirova, suspended from duty during the investigation.

2 Mar Novel Nasirova handed suspicion. During this time he became ill. According to lawyers, the suspect was delivered when the President of the SFS was already unconscious, which is illegal.