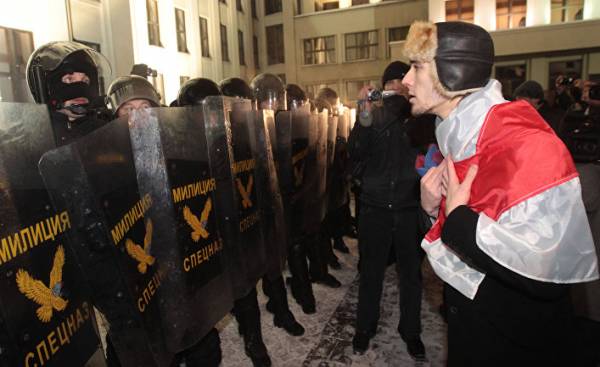 What I saw on the streets of Minsk on March 25? Boundless courage of the people. The square and streets pop “astronauts”-the riot police, banging their batons on their shields, drove armored personnel carriers and water cannons. Saw with my own eyes how people were beaten on the legs, heads and backs. For what you can get.

What people? I haven’t seen anyone who had their head bowed. I think you are beaten, thrown into paddy wagons… Natural desire here would be to hide “in house”. But after each new round-up, hosted by the men in helmets, the protesters re-grouped in twos and threes, ten and moved on.

What I saw on March 25? Similarly, there was no fear, no despair. Some, of course, asked how to move on after this, but it sounded without strain and without wanting to spit on all this.

What are the implications of March 25? To enter society in a state of shock and depression, as it was in 2010-2011, now will not work. Power measures are still effective means to demonstrate power, but not superiority.