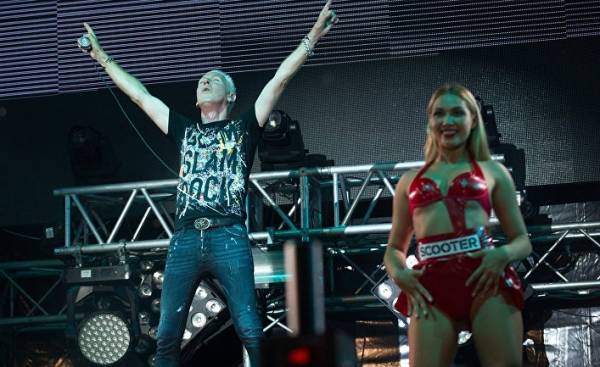 It was the offense with prior notice to: discussion of possible performances techno group Scooter on annexed by Russia Peninsula of Crimea was conducted already in June. The Ukrainian Ambassador to Germany Andrei Melnik, a month and a half ago, met with the Manager of the group and tried to dissuade him from the trip to Crimea through Russia. According to Ukrainian legislation, the way in Crimea is legal only through Ukrainian territory. The one who comes to the Peninsula without the permission of the Ukrainian authorities, violated Ukrainian law, the punishment for this is up to eight years of imprisonment. Thus, when the band members spoke this weekend with a concert in the Crimea, in Balaklava, all the effects were known to the group in advance. Now the Kiev Prosecutor’s office launched an investigation against Scooter.

Excuses groups, at best, seem naive and thoughtless, at worst hypocritical. “We are not going to mess with politics”, — said in June frontman H. P. Baxter (H. P. Baxxter). But it is, of course, happened. Russian television welcomed the group as heroes, who “despite the ban and threats” came to the Crimea. Each star of international importance, which arrived in Crimea — a gift to Russia; it gives the impression of a relaxed, normal relations. The more people consider the annexation of Crimea as “a long temporary situation”, as aptly formulated by the leader of the Free democratic party of Germany (FDP) Christian Lindner (Christian Lindner), the more happy Moscow.

Other reports about the Crimea, unfortunately, will be forgotten. For example, at the present time there is before the court on charges of “separatism” appeared, the journalist Nicholas Seeds, because he publicly stated that Crimea belongs to Ukraine. The Crimean Tatar activists who opposed the annexation, in the houses searched, they are in prison or were forced to leave the Peninsula. Arrested in Crimea in 2014 Director Oleg Sentsov, who was tortured and sentenced to 20 years in prison on political charges, still sits in a penal camp in Siberia. In the discussion of the Crimean issue it is always about the fates of these people.

Therefore, the Ukrainian Ambassador Miller is right: ride the Scooter to the Crimea via Moscow — this is not a trifle, and not a minor misdemeanor. It shows disrespect to the Ukraine. In the Crimea still there is injustice. Anyone who plays there on a cool techno party, at least, can’t say that anything about it did not know. 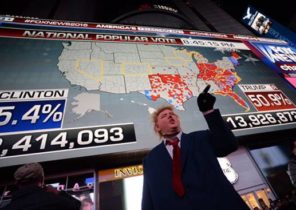 The former candidate for presidents of Belarus fled to Ukraine