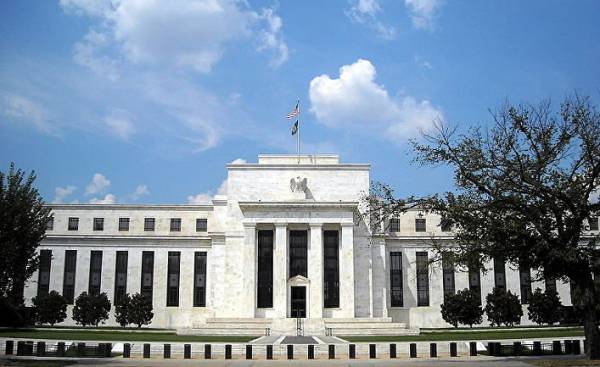 Regardless of, will decide the Federal reserve at the meeting of the Committee responsible for the development of the course, which will be held on March 14-15, to raise the key rate, movement on bonds with a fixed interest rate this week should serve as a warning to all those who used to think — and as it turns out, in vain — that the Central Bank intended to follow the markets, not lead them.

In fact, the sharp rise in market expectations for changes in key interest rates in March, from about 30% to over 80% in just a few days can affect the decision of the Chairman of the Federal reserve Janet Yellen (Janet Yellen), when she will deliver a speech on Friday.

Showing amazing consistency in his Epistles, presidents of three regional Federal reserve banks — Dallas, San Francisco and new York, which is very important due to its position in the Federal Committee on open market operations of the United States — tend to forecast on the early rate increase. This view is confirmed in his comments Wednesday evening, March 1 Lael Brainard (Lael Brainard), which is widely considered one of the most open to compromise members of the Board of governors of the Federal reserve.

After each statement speakers from the fed this week, the probability of a rate hike grew as the yield on the fed-sensitive bonds, including a two-year, which now trade at levels comparable with 2009. The effect of this was felt outside the U.S. in Germany, the bond yield has increased, despite the increased political risks associated with elections in France.

It was generally agreed that the movement in the market occurred not only because of the fed. An earlier increase in rates was also due to certain US economic indicators, including the lowest level of applications for unemployment benefits over the past 44 years, as well as international indicators, for example, an unexpected increase in the PMI in China, reacted to the tone and overall mood the first speech of the President of Donald trump at the joint session in Congress. The reaction was so rapid that little attention was paid to what was not announced specific measures that the President planned to take to increase economic growth, as well as their execution date.

Now the question is not justified if there were expectations of a rate hike. Indeed, a week ago I argued that market participants underestimated the likelihood of a rate hike in March. The main question now is whether Lee did not move the markets too far. The answer will have to wait until 10 March, when a report will be published on employment and, in particular, the growth of wages.

At the same time, Yellen will be in a difficult situation during his speech on Friday. In a perfect world, she’d prefer to keep several options, especially given the imminent publication of the report on employment and that affects the situation in the least — political instability in Europe. If we talk about performance in the digital equivalent, it is perfect for her level of expectations for rate hike would have amounted to 50-60%. However, Yellen is faced with much higher expectations, and any significant attempt to significantly reduce this probability, risks to cause a storm of complaints about the inconsistency of the statements of the Federal reserve.

Sometimes we are advised to be careful what you wish for. The fed — though very briefly — can experience it for yourself.

This week demonstrated the ability of the fed to influence short-term capital markets and bonds, as well as the risk set too high of expectations, limiting a direct degree of freedom Yellen during her speech on Friday. In addition, the health of the economy based on the stability of financial markets, will the updated strategy fed, which can and wants to lead the market, not follow it. 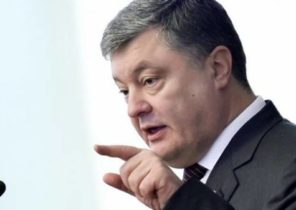 Poroshenko about the beginning of the trial of the Russian Federation in the Hague: “This is a historic moment”