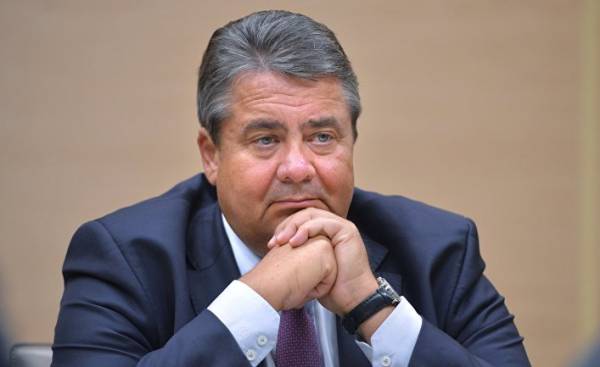 One of the first visits abroad after the recent appointment as foreign Minister of Germany, Sigmar Gabriel, visited Riga, where he expressed the optimistic message regarding the future of the European Union.

“After the collapse of the Soviet Union the free will of Latvia was to join the EU and NATO. When we are talking about the current difficulties of the EU, we should recall how difficult it was to create the EU. I’m inspired statesmen who 60 years ago had the courage to form the EU. Despite the fact that a few years earlier, my country caught fire in Europe, the Dutch are then told that we will be together, if you invite at the table of the Germans. I can’t imagine that at the time this idea was popular in other countries. Then it was a hell of a lot of courage,” — said the Minister of foreign Affairs of Germany. He added that the EU should be seen not only as a single market, but in the political sense — as a unit with a strong position in international politics and defense. “This approach not only applies to our difficult neighbor. Our children and grandchildren in the future the world will be taken seriously if their voice is a common voice of the EU,” Gabriel said.

Answering the journalists ‘ question about why one of the first in his new role, he visited the Baltic States, not Poland, the foreign Minister of Germany said: people used to interpret politics through a variety of rituals that, in his opinion, wrong. Gabriel wanted to show respect for the Baltic States, because they are as important as large countries-EU members. “As for security, I want to emphasize that the security of Latvia, Lithuania and Estonia the equivalent German security,” added the Minister.

Sigmar Gabriel leader of the Social democratic party (SPD) of Germany since 2009, assumed the position of Minister of foreign Affairs of Germany in January 2017 after his predecessor, a party member Frank-Walter Steinmeier became President of the country.

In the political culture of Germany Gabriel is sometimes called “understanding Putin” (in German Putinversteher), but in the context of the war in Ukraine, he called for sanctions against Russia. At the same time, Gabriel expressed the position that the settlement of the Ukrainian crisis should be involved, including Russia.

During his tenure as Minister of economy of Germany, Gabriel last year visited Russia and met with President Vladimir Putin in his residence. “Whenever I meet you or go to Moscow, the times are not easy, — said Gabriel, before meeting with Putin. — I first visited here in 1980 the West boycotted the Olympic games. I have had such a destiny to come here in difficult times.” Then both politicians talked about the Ukraine and Syria. Wrote Der Spiegel, during the conversation of Gabriel with Putin was an atmosphere of openness, but it is unclear whether there had been any real result.

When visiting Moscow, so as not to create the impression of uncritical guest, Gabrielle suddenly decided to meet with Russian human rights activists.

The appointment of Gabriel, Minister for foreign Affairs of Germany’s influential journal of this country, Der Spiegel called “experiment”.

A characteristic feature of Gabriel in politics — the reluctance to openly engage in debate. The weak side of this policy is that it several times with his unilateral decisions have surprised even his own party. 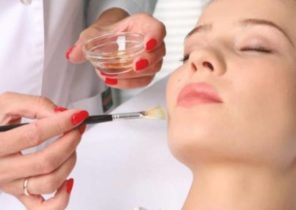