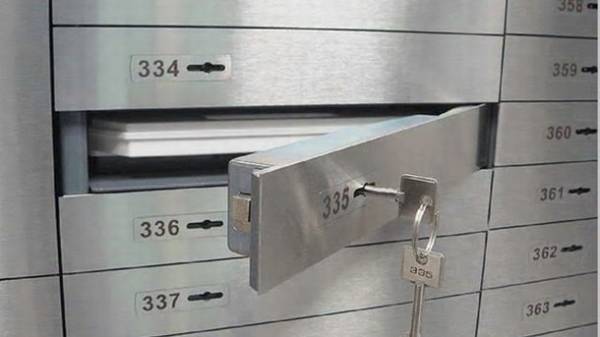 Every day Ukrainians withdraw, transfer and spend billions of hryvnia. In one financial institution can store more than 30 billion hryvnia, and a large Ukrainian Bank deals in the hundreds of millions of hryvnia on a daily basis. That money is “work”, banks invest in securities, gold and other precious metals, make loans, etc. part of the money is in the Bank vaults and cash offices. The website “Today” to find out where and how Ukrainian banks hold the funds and the fixed “virtual” money on Bank cards.

To understand these questions, we turned to the Chairman of the Board of First Ukrainian International Bank (FUIB) Sergey Chernenko. Many Ukrainians he is familiar in the weekly program “the people’s banker” on TV channel “Ukraine”, which give financial advice and help to understand the difficult for the common man banking processes.

How and where banks keep their money

“The amount that pass through the ATMs and cash Bank on a daily basis – is huge. 400 million hryvnias! So everything should work like clockwork. So clients always had the ability to pay with their card or receive a salary,” says the people’s banker.

The modern Bank can be some huge stores. They – valuable papers, jewelry and cash. More UAH, less USD and Euro. The money is stored in specially equipped premises. The walls, floor, ceiling and doors are made of special steel and concrete. The door thickness may exceed 30 inches. To open the door, you will need a special code or even a fingerprint. Most often, such storage facilities built underground. 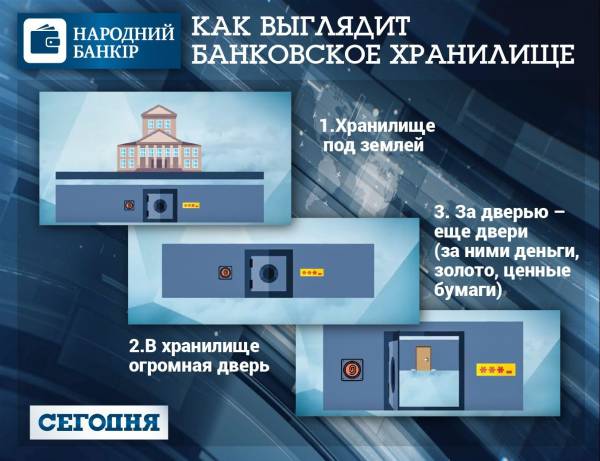 Should be kept as much money as needed to meet demand in cash flow and stable customer service. The “surplus” of the Bank implements the interbank market or transfers from the NBU.

In storage is only a small part of the money. More than half of all funds are spent on loans to customers interest on loans is the main way of earning for banks. Approximately 19% of the money stored in securities and the rest in the accounts of the NBU and other banks, cash and different assets. In this case the Bank must constantly ensure that the amounts in their accounts correspond to the real amount of cash. 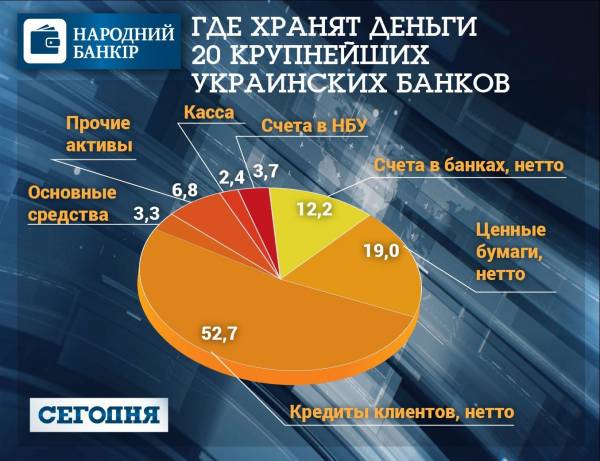 As the Bank considers cash and cash

Transactions conducted using the system of double-entry invented by Italian bankers in the 15th century, says the national banker.
When people came to the banker and gave the money deposited, for example 100 gold, he did in a notebook entry: “took the box 100 gold”.

In return for the money the banker gave us a “bank note”, a sheet on which was written: “I am a banker so-and-so should a person 100 PLN”.

If, for example, a customer of the banker went to another town and wanted to spend 100 zloty, he could go to the local Bank, where he worked as a relative of the banker, and exchange “bank note” for cash.

Relatives met together and checked how much money is in their vaults and how much money they gave to clients. Over time, the “bank notes” have come to recognize as money, not only relatives, but all banks. The system of double account has been preserved, but instead of leaves there were maps, but instead notebooks – computers.