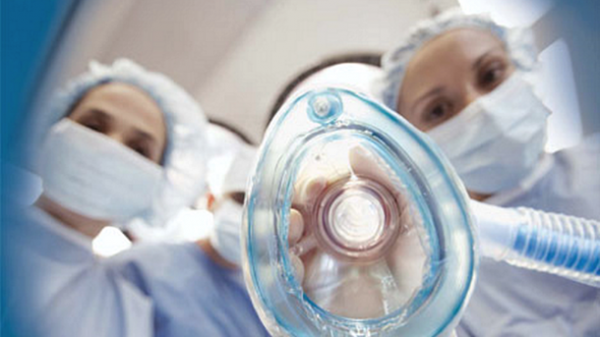 The reformation of the Ukrainian medicine will start with the available drugs, the introduction of primary insurance, the creation of electronic patient records and eHealth division of hospitals of hospital districts. Details of health care reform recognize the website “Today”.

Reimbursement for drugs to pay the state

From 1 April, the health Ministry promises to start the reimbursement – state reimbursement of the cost of drugs to patients. But not all Ukrainians will be able to receive compensation, but only those who suffer from diabetes type II diabetes, cardiovascular disease and asthma. The list of drugs that will be reimbursed from the state budget, published in the Cabinet of Ministers resolution No. 863. To get the drug, you will need to contact the doctor who on a special form to fill your prescription. It over the counter medications will be given for free if its price does not exceed the reference value set by the Ministry. 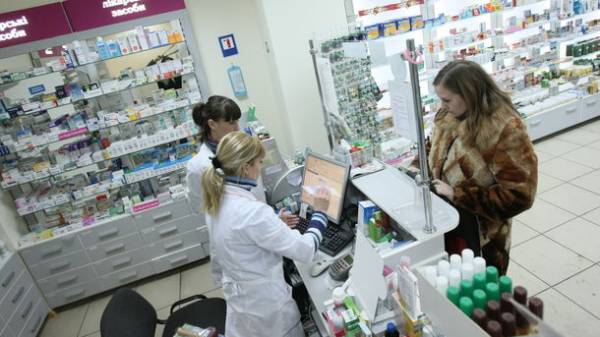 Medications can be cheaper. Author of the photo: Sergey Nikolaev, “Today”

The reference value will be set depending on the retail prices of these drugs in five neighboring countries – Poland, Slovakia, Hungary, the Czech Republic and Latvia. To introduce compensation for the value of medicines in Ukraine had previously tried twice: in 2012 for hypertensive patients and in 2014 available. But the program failed due to lack of proper funding and registry patients. The Ministry of health will be difficult to plan a budget without the list of patients for asthma, diabetes and cardiovascular disease.

Before the start of the reimbursement has less than a month and a half. It is unclear how the program will work, as specific solutions, the Ministry has not yet adopted, said Executive Director of the charitable Foundation “Patients of Ukraine” Olga Stefanyshyna.

“There is still no final document on how it will be governed by the reimbursement. Reimbursement is needed – it works worldwide, but it all depends on how this process is organized. While nothing is clear” – says she.

The Ministry of health says: April reimbursement work – until that time, the mechanism of compensation of cost of medicines is approved. According to the Director of Pharmacy professional Association of Ukraine Volodymyr Rudenko in the Ministry on the results of the meetings will make changes to the resolution of the Cabinet.

“According to the statements of the Prime Minister, the government allocates the reimbursement 500 million UAH. According to conservative estimates of analytical companies will require a minimum of 900-950 million. And in fact implementation in 2016 and 2015, it is necessary 1,3-1,5 billion hryvnias. The government say that the budget will increase, but may be formed, as in previous times. Strange order of pricing – how to sell drugs that are not included in the list of Ministry of health. In ministries have realized that the market is nervous and will take into account the error – compensation will be on those drugs which the government can guarantee. While preparing documents to ensure the program. But the stage of readiness is very high in the government and in the Ministry there is an understanding that we need to listen to market participants. Already prepared new draft documents to be discussed”, – said Vladimir Rudenko.

Medicine will be insurance

From 1 July 2017, the Ministry of health introduces in Ukraine the primary health insurance. Fully translate the medicine on the insurance form you want by 2020. Finance will be a primary from the state budget through General taxes, not imposing new or raising old ones. 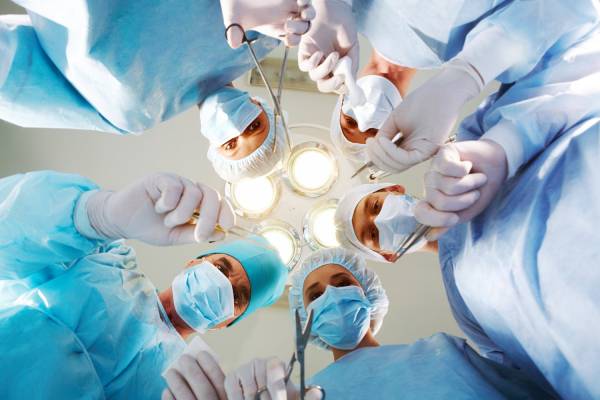 Until 2020, Ukraine will move to insurance medicine. Photo: www.coastsurg.com

The main innovation in 2017 will be the conclusion with the doctor of the Treaty without reference to place of residence, and the doctor, the state will pay for accepted patients. Primary medical insurance provides for the internist, family physician or pediatrician of free medical care and diagnosis. To pay doctor the national health service from the state budget – an average of 210 UAH per patient per year, for children and pensioners – more. The doctor will be able to conclude no more than 2000 contracts with patients. Every Ukrainian must choose a family doctor, internist or pediatrician before starting primary insurance and to make a contract with him. The health Ministry has not yet approved the list of services which the doctors will predostavlyat free. This model of a primary insurance has been criticized by experts. According to the Executive Secretary of the National medical chamber of Ukraine Serhiy Kravchenko, it is nothing to do with insurance has, as the Ukrainians now can go to any therapist, money which the state pays.

“The main thing in health insurance is risk coverage in insurance cases. The insured event is the disease. Early diagnosis of diseases and payment of physicians rate per person – this is not insurance. The principle is the same that is in Ukraine for the last 25 years: the Ukrainians themselves to choose the doctor, the doctors receive a salary from the budget. The basics of health insurance doesn’t come into it,” says the medic.

The Ministry of health indicate that this is only the first stage of insurance, in 2018 it will cover specialized medical care in hospitals.

Read also: Ukrainian migrant workers: how to earn and the conditions in which they live

In most countries the e-health system began to implement 10 years ago. Ukrainian doctors still work with a large number of papers. But from 2017 the Ministry of health intend to create a national electronic system, and in late November the Ministry signed a Memorandum with public organizations and IT business. 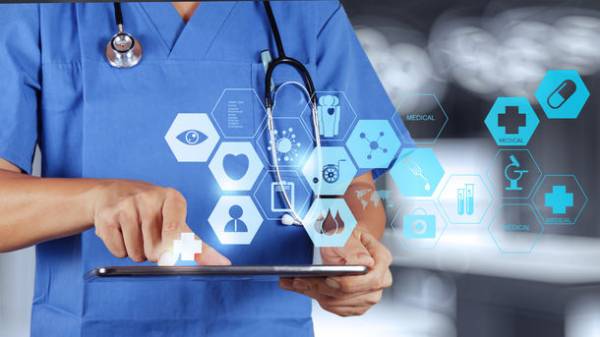 According to Deputy health Minister Pavlo Kovtonyuk, if to save the doctor from the written reporting and working with paper madartani it will be more time to devote to patients. For patients, in turn, will create additional services, such as the ability to choose and make an appointment with a doctor or view medical records and test results. For the state – is the ability to keep statistics and see where the money goes and what services patients really need. In addition, you can track your online presence in the hospital drugs purchased for state budget funds. The electronic system should improve the control of purchased drugs.

The plans of the Ministry of health to launch electronic system in may. To implement eHealth will gradually: first to be created by the program itself, and then the electronic health card together with the electronic prescription. In October 2016, the Deputy health Minister Pavlo Kovtonyuk said that the creation of the system will take six months. But at the end of February work has not yet begun. According to Andrew Hare, project Manager IT4Medicine, which takes part in the creation of eHealth, the Ministry has not yet chosen the developer. The Ministry of health created a project office, which has not yet gained the command.

“Theoretically, if you attract good people, you can manage to create the program for three months. Only recently established a project office at eHealth, the activity of which is not clear – no plans, no rules. Was the idea that an electronic system was developed by the volunteers, but now has decided to transfer all the project office. Nevertheless, the command of the acting Minister of health Ulyana Suprun – the first who attracted to a dialogue between the public and business. I believe this is the right direction,” says Andrew Hare.

See also: Suprun said pressure and a visit from the police 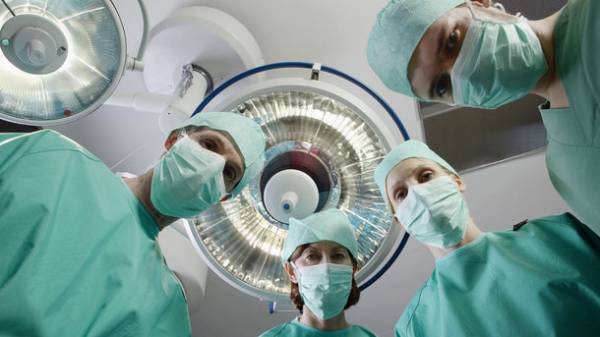 In every region of Ukraine will create a 3-5 hospital districts. Фото:newsroom.kh.ua

Form a hospital district regional state administration. The Ministry of health has put forward three requirements: centre district hospital should be a city with a population of 40 thousand people, the road to it should take no more than an hour. By the standards of world medicine, the first 60 minutes after a call to physicians – is critical for the recovery of the patient. Hospital of the first level should cover at least 120 thousand patients, the second — not less than 200 thousand people.

Other hospitals pereprofilirovanie to the needs of the residents. They will become a routine treatment hospitals, rehabilitation centers, or hospices. The Ministry of health medical facilities promise not to close.

District hospital in the country will create up to the end of the year. Already 13 regions submitted for approval to the Ministry projects of the 43 districts that are endorsed by the government.

The regions are dissatisfied with the reform and fear the closure of hospitals. In the Vinnytsia regional state administration decided to delineate the boundaries of districts and to restructure the hospital, because of the power which aroused the indignation of the townspeople. So, in Sharhorod district hospital local authorities were quick to restructure in the hospital routine treatment, it will treat patients with chronic diseases and bind to the Mogilev-Podolsky district. Shargorodske complain to Mohyliv-Podil’s’kyi to go more than an hour and even there is no direct bus between cities. Doctors worry that their hospital is completely closed.

According to Paul Kovtonyuk, the Ministry of health monitors compliance with the methodology of creating hospital districts, but if the locals are not satisfied with something, you need to contact the regional state administration, which define the district.

See also: In Ukraine, create a hospital district with the hospitals and patients