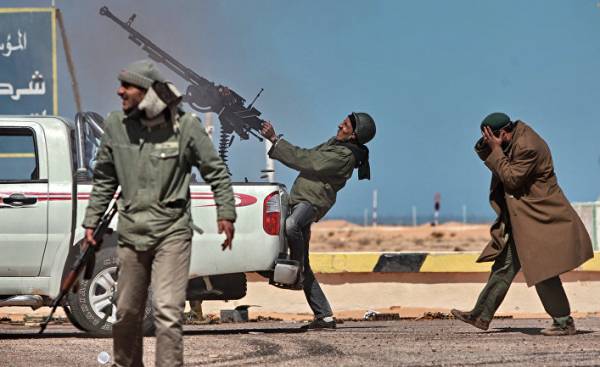 If Italy and the European Union do not take almost no action, and Donald Trump have other concerns, seek a way out of the Libyan crisis will be Russia. In Libya, as in Syria, Moscow seeks to reaffirm its leadership role as the chief mediator in the international crisis of Europe, felt its effects and are unable to offer a convincing way out.

On Russia’s mediatory role to resolve the crisis in Libya hoped the leader of the presidential Council of the country Fayez al-Sarraj, who on Thursday, March 2, due to fly to Moscow to meet with some members of the Russian government. The same Sarraj, “horse”, which made a bet Italy and the United Nations, refers now to the Kremlin in search of a mediator between the Tobruk government and General Khalifa Haftarot, the commander of the Libyan National army, which controls the ports of Cyrenaica, and the so-called “oil Crescent”.

Analysts, for example, Toaldo Mattia (Mattia Toaldo) of the European Council on foreign relations, quoted by Nova, I think that the visit to Moscow, Libyan Prime Minister needed to “receive further official recognition and a guarantee that he will remain as Prime Minister. He also suggests that in any case it is necessary to rely on the extension of political accord in Libya.” Indeed, Sarraj seems increasingly isolated. His power threatens not only Khalifa Haftar, a General who receives support from Russia, was raised on Board the aircraft carrier “Admiral Kuznetsov” and signed an agreement on military cooperation. There are also new military groups in Tripoli, for example, the national guard, who support former Prime Minister, the Islamist Khalifa Guella, made an unsuccessful coup attempt against Zarraga.

For Putin, the reception Zarraga in Moscow means a further strengthening of the image of Russia as a power capable of playing the role of the first plan in important international issues, as well as to carry the banner of a fighter against Islamic terrorism. So after enterprises in Egypt that Russian diplomacy must become the mediator between the Libyan Prime Minister and General Khalifa the Haftarot. “There is no alternative to a political solution, and, in this spirit, we are constantly working with Tripoli and Tobruk, trying to convince them to overcome internal differences and reach a compromise on all issues,” — said in early February, the press Secretary of the foreign Ministry of Russia Maria Zakharova.

A quick resolution of the crisis, stabilizing the situation in the country and “support for the sovereignty and territorial integrity” of Libya is among the main priorities for Moscow. “We’d like to see in Libya as soon as possible out of this long crisis, to Libya again become a prosperous state with strong institutions, the army regained its status as an important player at the regional level”, — said on Monday 27 February, Deputy foreign Minister for Middle East and North Africa Mikhail Bogdanov.

“The conflict between Tripoli and Tobruk created a political vacuum, and in this context, “Islamic state” and “al-Qaeda” (banned in Russia as a terrorist organization — approx. TRANS.) is still active in many areas of Libya,” — said the Deputy Minister in his speech at the Forum on the Middle East.

Why Moscow relies on the stabilization of the situation in Libya

The need for “constructive dialogue” between Tripoli and Tobruk is thus the center of attention during a visit Zarraga in Russia, said Bogdanov, adding that “we need to continue the cooperation with the two centers of power in Tripoli and Tobruk, urging them to overcome differences and search for mutually acceptable solutions in regard to national reconciliation”. To understand how much Russia invests in the truest sense of the word — in stabilization in Libya, just look at the recent agreement signed between Russian oil giant Rosneft and the Libyan oil company National Oil Corporation. It provides, according to the Agency TASS, “the establishment of a joint working group for the implementation of projects in the areas of exploration and production of oil.”

Such projects require security and stability. This stability Moscow wants to achieve by means of agreement between your person, General Haftarot, and the Prime Minister Barragem. This will be beneficial not only to Rosneft. Assuming the role of an influential mediator in Libya, Russia seeks to further expand its influence in the middle East and North Africa, to strengthen its military presence in the Mediterranean, and possibly find a berth for the Russian fleet at Tobruk. The Kremlin does not want to miss this opportunity and takes the initiative, inviting to Moscow, the main ally of the West. 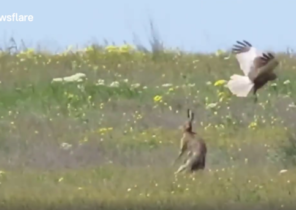