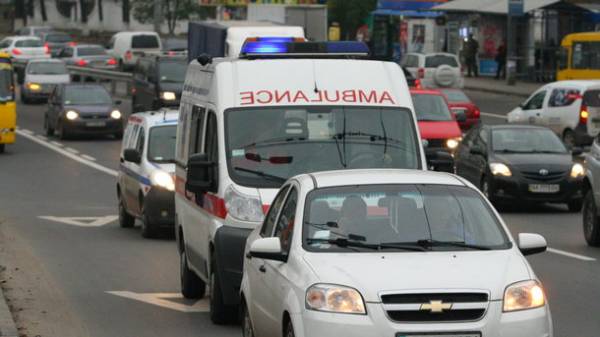 The Ministry of health revealed plans to reform the ambulance. The Agency want to focus on skilled doctors and high mobility ambulance. “Today” has learned, what will be the future of emergency medicine in the country.

TO DONE IN 8 MINUTES. First and foremost the Ministry of health wants to reduce the time the ambulance got there. If today the coach ambulance in the city must be in place in 10 minutes and in rural areas — in 20, after the reform, the time will be reduced to 4-8 minutes, regardless of the type of terrain. To achieve such results, the Ministry of health wants to solve two problems: the lack of coordination and a huge number of non-core challenges. To improve coordination between dispatchers and ambulance crews want to use GPS navigators.

“This will provide an opportunity to monitor on the map movement of vehicles and to dispatch the call to a team that is closer”, — said the press service of the Ministry of health. The second problem will be solved by creating a call center, through which doctors will give free consultations. According to the plan of the Ministry of health, it will absorb more than half of calls will allow you to operate the ambulance more efficiently.

Doctors to the new standards skeptical. “It seems to me to reduce the time to eight minutes is unreal! In the cities the roads are crazy traffic jams, and rural roads at all in some places no. An ambulance cut, do not miss in the stream. We now rush the call, often risking their lives, but fit into the norm. And if it is lower, it will be too dangerous,” — told us one of the paramedic Metropolitan ambulance stations Inna Dudnik.

In addition, the Ministry of health want to increase the number of substations of ambulance in the country, and also to open hospitals specialized Department that will deal only with those patients who were brought to the er. But a member of the Verkhovna Rada Committee on health protection Oleg Musiy doubts that the budget will find the money: “a few years ago for such tasks had 60 million UAH. This figure will be several times more. And then there is the question of unfitness of the fleet soon — need to update 40% of all machines.”

TO LEARN TO SAVE. The second block of reforms is education. MOZ by the end of this year will start the program “First on the scene”, a must for cops and rescue workers will teach them to do CPR, right to glutamate wounds and put the tires on fractures. The program will be available to ordinary Ukrainians. Will actively retrain and paramedics, as well as graduates meducines. After the first 180 hours of training are converted into paramedics that will put a preliminary diagnosis and conduct simple medical procedures on the way to the hospital. Graduates will learn to work on the ambulance for another three years. “Today we have already finished many paramedics, and I don’t think that will be a problem with the staff for such a requalification, or expansion of the network substations. Just need a preparatory period of several months to retrain people,” said the medical examiner RPR Tatiana Avramenko.

Dnieper doctor Eugene Kiselyk has a different opinion — the plans of the Ministry can be done in 3-4 years, but the main problem will be the lack of shots: “Who must prepare the paramedics? Doctors soon who have more than a dozen calls per shift? New station to open or the unit — the same question. Each team has a paramedic, a driver and a doctor. If the first two are easy to find, qualified medical problem? Salaries are small, the workload is crazy — why go to work in the emergency room, if you can make good money, for example, in a private clinic”.