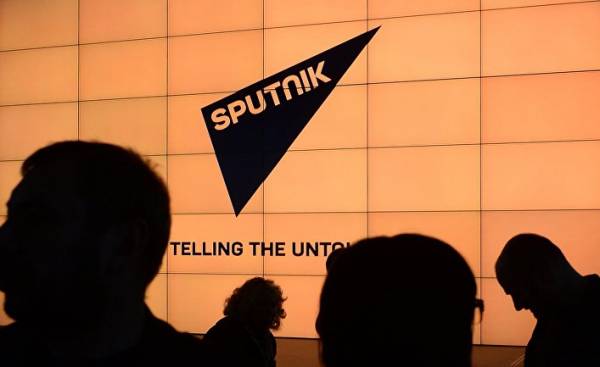 In Latvia the next scandal. Influential Latvian news Agency LETA broke the agreement on cooperation with the Latvian Sputnik, based on the website sputniknewslv.com.

Ripped and tore. It’s up. The question is not even that. Why. According to LETA, the use of the Sputnik services Agency was contrary to “Supreme values, including moral values and basic principles of the Latvian Republic, which are protected by the Constitution of the Republic of Latvia”.

“No one is saying that Sputnik is lying, denigrating, pumps, promotes and prepares the ground for… Otherwise it would point to the specific material sent the link, went to court. No, we are good and honest guys, but it doesn’t matter — it turns out that the highest values of the Republic of Latvia contradicts the fact of our existence and of communication with local residents. But broke the contract a year ago, and today. It means that full year guidance LETA bravely fought for the freedom of speech in Latvia. Apparently, they ignored the calls from the foreign Ministry, the hints from the security Police, private requests of politicians and bureaucrats to make the right gesture and to stop cooperation with Moscow. LETA is a commercial company and it difficult to order. But it is still possible. They have given up. And I sincerely, without a drop of sarcasm, I want to thank Board member LETA Juris of Manzine for your patience and courage. With Juris I know personally is a true professional. The man who believed in the project and “Naive traveller”, has allocated funding for the trip to Ukraine and took our reports on the portal Rus.Tvnet”, — commented on the incident in his account in network Facebook one of the journalists Sputnik Valentine Rozhentsov.

In fact, Sputnik was accused in the fact that the portal was broadcast not the values. That is, the broadcast would be different, the cooperation continued. And so — no.

That is, the Agency LETA was decided to perform a famous song of the group “Nautilus Pompilius”, namely “Truth is always the same, so Pharaoh said”. In our case, the Pharaoh proclaimed himself to LETA.

What is the balance? And the fact that LETA decided to return to Latvia in the prehistoric time of censorship, when you could specify who and what to write. But here is how it conforms to European values and principles of the European Union, whose member is Latvia?

Recall, this is not the first mishap Sputnik in Latvia. Before that, journalists were forbidden to use their portal domain name with the extension.lv.