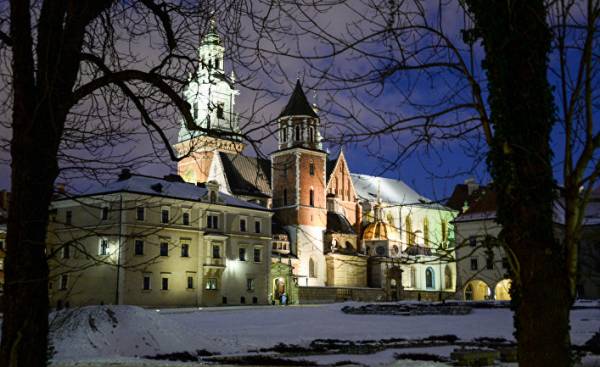 Krakow lives. For the year 2016 have been there more than 12 million people who have left in hotels, restaurants and shops in greater than 5.5 billion zlotys (about € 1.9 billion — approx. TRANS.). Until recently the tourism industry has high hopes for rich tourists from Russia. However, their number year from a year decreases.

In 2013, Krakow was visited by more than 164 thousand Russians. It’s people who are held in the city for at least one night. Those who were there in transit, much more. That all changed in 2014: the number of Russian tourists has decreased almost twice, there were only 72 thousand. In 2016 the Russians came even less.

Among the excursionists disputes erupt

“This is a political topic. The Russian authorities for reasons that have nothing to do with economic, canceled flights “Aeroflot” from Moscow to Krakow, — explains the head of Department of Management in tourism Krakow Academy of physical education Krzysztof Borkowski (Borkowski Krzysztof). Russian tourists quickly realized that Poland, according to their authorities — an undesirable direction for travel. We can say that in Russia there is something like a travel embargo, particularly on trips to Krakow”.

It also felt guides. “In 2014 the number of Russian tourists has decreased, as cut, says Ukrainian writer Mykola Manko, who conducts tours of Krakow in the Russian language. Now Krakow has turned into a short stop on the way few tour groups who travel to Prague, Vienna or Budapest”.

The Russians come to, at most, profitable to make a purchase. Which is a pity.

“… because the Russian tourist is very different from Polish or Ukrainian, says Manko. — If he has to choose between a pig knuckle and a trip to the Museum, he will always choose the latter. Russians are often written for additional guided tours: they want to see more, interested in the details.”

Tours for Russians to become guides daunting task not only because of their curiosity. “The guide avoids historical topics, which can cause resentment. Problem occurs most frequently with older people. Mention of the Treaty of Union with Hitler, the Soviet attack on Poland in 1939 cause a shock because the Russians do not know about them. When there is a controversial topic, the tourists often start to argue among themselves,” says Manko.

Most emotions is the Russians have a legendary major Whirlwind. “I work as a tour guide, Russian group always ask me questions about it. Older people know him especially well thanks to the book and the cult Soviet film of the 1960-ies of the “Major Whirlwind”. The film tells about the fate of the scout scout (today we would call it “commando”), which in 1945 heroically saved a bomb by the Nazis in Krakow from destruction. Everyone who drives Russian tourists in Krakow, hears the question, thankful for the poles major Whirlwind and do they remember who saved their city.”

Historian and local historian Andrzej Krakowski Praise (Andrzej Chwalba), meanwhile, reminds us that no historical evidence of a major Vortex do not exist. There is no evidence that this figure was something more than a figment of Soviet propaganda. The creators of the four-hour film sought to show the facts, and to create a Patriotic message. According to the scenario, the Germans laid on the territory of Krakow hundreds of explosive devices and connecting them into a single system to raise the city’s air with a single detonator. To prevent the explosion helped major Whirlwind.

This legend spread and Polish Communists. “We are absolutely sure that the cable is connected to all mined in the town objects. There is established the device to detonate them simultaneously by pressing one button,” wrote a member of the Guard Ludovit Jozef zajonc (Józef Zając) in the book “were fighting” (1965). “The Soviet intelligence group to cut the cable and carefully approached the Fort. (…) Life and the city was saved.”

Vortex did not exist, and plans for undermining the attractions of Krakow is a myth

“The Germans were not going to blow up any theatre named Julius Slowacki or the main building of the Jagiellonian University. Of course, before the retreat, they planned to destroy some strategic targets, bridges or power plants, but they have no reason to mine the whole town,” explains Professor Praise.

Unlike Warsaw, Krakow was portrayed in the German historiography of the city that for centuries was German, which is partly true, and another point: there was no uprising. Professor Praise recalls the visit of the Russian journalists, who asked him in 2005 to show the places where the Germans had placed the bombs. “The Russian guests was a detailed plan of the mined city. I told them that historians unknown sources that would confirm this legend,” says Praise. Came to the astonishment of journalists, he says, engaged in filmed in Krakow documentary this information: Vortex never existed. This tape probably was for the Russians a big surprise. But this is only one aspect of the theme, and there are second.

Whirlwind was a different person

The prototype of the brave major in the book and the movie was Eugene Bereznyak — who died four years ago, a Ukrainian, who during the Second world war was a Soviet spy. The group’s activities, which he commanded, was inspired by Polish Director Jan Lomnicky (Jan Łomnicki), who made the film “Save the city”. In one of his last interviews to the Ukrainian press birch recalled the discussion that ensued at the Jagiellonian University. “I stood up and said, “Answer, on what basis do you call me an invader? Why do you call invaders my radio operator, which was not 18 years old, and 1800 of Soviet soldiers who died on the streets of Krakow? When we were sent behind enemy lines, we knew that 75% of us will die, but we were flying to save the Polish land. When I finished speaking, the audience burst into applause “”.

“The Russian-Ukrainian dispute is not only based around Donetsk and Lugansk, but also about the heroes of the red Army. In its ranks he fought millions of Ukrainians. Eugene Bereznyak many decades was approached for the role of hero, but in 2014 everything has changed, — says Mykola Manko. Now the Kremlin began to look for a new piece that is better suited to today’s discourse.”

The choice fell on the Belarusian Alexei Botana, who during the Second world war also fought on the Eastern front, and after the war faithfully served Moscow. A few days ago on Russian state television showed him praising a film called “the invention of the possible.” Premiere on the channel “Russia 1” coincided with the centenary Botana. Now in the role of a major Vortex began to appear he, and the stories of his exploits spread, leading Russian mass media.

“Through his actions in 1945 was able to release the Polish Krakow and save the city from destruction by the Nazis. He served as the prototype for a major Whirlwind,” can be read on one of the most popular Russian portals for history buffs. “In the substitution of hero is nothing new. Soviet propaganda was able to remove inconvenient characters even well-known photographs,” recalls fellow, the Polish Institute of international Affairs Lukasz Yassin (Łukasz Jasina). 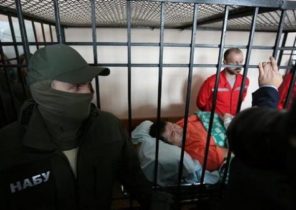