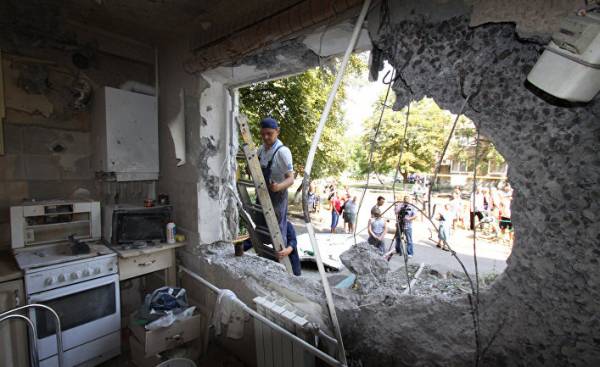 Sad three year anniversary was last week. 21 Feb 2014 a Pro-Russian President Viktor Yanukovych lost power over his country, when snipers of the special forces of the regime shot and killed nearly a hundred demonstrators on Independence square, the Maidan, in Kiev.

I was in Kiev during those tragic days, and in the morning after the massacre, walked in the footsteps of ruin. Dressed in black police of special forces “Berkut” somewhere disappeared, and both ends of the Central street Khreschatyk was controlled by the then opposition.

But the atmosphere was not like a triumph. Between several tents, placed in front of one of post offices of Kiev, I saw the result of those sad events: eight lifeless bodies sprawled on the ground and covered with Ukrainian flags. The faces of these men looked peaceful, although their lives and ended terribly. Some had been shot through the forehead and throat. Regime snipers shot to kill.

Yanukovych struggled for his political survival, but lost. At some moment it seemed that the Kremlin’s policy towards Ukraine once again failed, as it was in 2004, when Vladimir Putin was trying to help his puppet — the same Yanukovych — deception to win the presidential election. The result was the orange revolution.

But this time Putin did not admit the thought that Moscow would lose influence on the most important ex-Soviet Republic.

So the Kremlin acted quickly. The events on the Maidan became the signal for the Russian military intervention and the bloody war in Eastern Ukraine, which is still, despite several agreements on ceasefire. At least 10 thousand people had already been killed, millions of lives destroyed.

A week after Yanukovych fled from the scene, the Kremlin organized a well-prepared lightning night-time operation on the Ukrainian Peninsula of Crimea. “Little green men” Russian soldiers of the elite unit that captured the TV and the Parliament building and carried out the occupation. First, the Kremlin flatly denied, but then Putin presented Russian soldiers medal. And in March, Crimea was officially accepted into the Russian Federation.

Many experts on Russian politics did not believe that Putin will dare to intervene militarily in the Crimea. But they are wishful thinking.

The world did not want to believe that Putin will go further in the rest of Ukraine. It was also wrong. In April in the Eastern Ukrainian cities of Donetsk and Luhansk started to raise Russian flags. Armed men — part of the Russian special forces, kind of old, disused assorted ex-military, longing for the Soviet Union, as well as wanted criminals have seized police stations and the administration building.

The main argument for intervention was that “ultranationalists” and “Nazis” have seized power in Kiev in a coup. This definition of an elected Ukrainian government used and still, the last time we heard from Sergey Lavrov at the meeting with Margot Wallström (Margot Wallström).

Within a few months the spring of 2014 it seemed that one of the largest States in Europe will soon collapse, and the Great, Russia began the revival.

For several reasons, the Russian offensive stalled. But Putin can be satisfied: in record time, he took away the back part of the lost Russian Empire.

Today, three years later, Ukraine is a reduced and weakened state, and a frozen conflict in the Donbass daily devours human life.