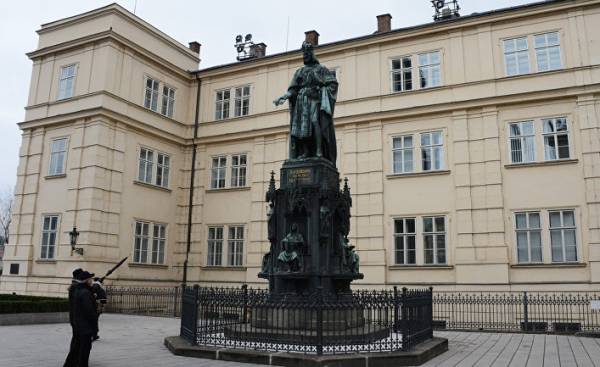 During the hard times in the 20-ies of the last century Czechoslovakia became a refuge for many immigrants, and if the card of “Russian Prague” is quite detailed about the Ukrainian emigration “Radio Prague” is still not told. To fill this gap we asked Maria prokopuk, historian, member of the Union of Ukrainian women in the Czech Republic in the field of cultural and social activities and keeping in today’s Czech Republic the memory of the Ukrainian immigrants of the “first wave”.

“Radio Prague”: We know a lot about the Russian emigration and almost nothing about Ukrainian. Meanwhile, she lived as rich and active life here were numerous social and cultural organizations, worked with educational institutions in the Ukrainian language, from kindergartens to the Academy, the Ukrainians actively participated in the scientific life of the country, among them many artists, writers, and engineers. Apparently, and formed the Ukrainian Diaspora differently than Russian, especially some time after the First world war the Ukraine was an independent state.

Maria prokopuk: Ukrainian emigration came here because Western Ukraine was part of the Austro-Hungarian Empire, Ukrainians were members of the Austrian Parliament. So the immigrants came here from the territory of Ukraine before the First world war. When in 1915 was Brusilov offensive, the Russian army entered to the Western Ukraine, many residents of villages were evacuated in Moravia, the Austrian authorities sought to protect them from the cruelty of Russian soldiers. It also became part of the Ukrainian emigration, because, although some of these people and subsequently returned home, many stayed. After the First world war, it was the emigration from the Ukrainian people’s Republic, whose ways with the Russian emigration often intersect — and so, and others have supported Czechoslovakia and President T. G. Masaryk in the framework of the so-called “Russian action aid”. And this is not surprising, as when in 1918, Masaryk was in Kiev, the first weapon he got was in the center of the Czechoslovak Legionnaires, was transferred from the Central Rada.

— What were the routes of Ukrainian immigrants? For Russian it was often the evacuation from the Crimea to Constantinople, then Bulgaria, then Berlin, Paris, Prague…

— Those of our emigrants who were moving along this route, were then, as a rule, in Paris. Most went with the territory of Ukraine by sea, first to Poland and then to Prague and Vienna. It was in 1919, when the Bolsheviks took several times Kiev until seized him completely. By 1920, Ukrainian immigrants were in Poland, and the first Ukrainian higher educational institution — the Free University — appeared in Vienna.

— Tell me about it, as few of our listeners know about it.

— The Ukrainian free University still exists, now in Munich, but then, in early 1921, he was based in Vienna. The teaching there was conducted in the Ukrainian language, and the founders were almost all the professors, who previously worked at the Polytechnic and Kyiv universities. A University in Vienna lasted only one semester, after which he decided to move to Prague, where life was not so expensive. Moreover, in Czechoslovakia increased the number of immigrants-Ukrainians, and in September 1921 the Free University opened in the capital. Students were engaged in the Clementinum, where today is the Slavonic library, and in buildings of the Charles University, Celetná street. Their premises at the University was not, so the classes were held in different places.

— That is to say that the Ukrainian emigration in Czechoslovakia, as Russian, which largely consisted of professors, scientists, philosophers?

— Yes, because that’s what people — native speakers — threatened at home the greatest danger. They knew what was coming, and many fled here, the work of Ukrainian scientists. So, one of the first rectors of the Ukrainian free University was Ivan Gorbachev, the former in 1917-18 the first Minister of health of Austro-Hungary, and in 1904 the rector of Charles University. Today on the building of the medical faculty, you can see a memorial plaque in his honor because he was the founder and first Director of the Institute of medical chemistry and biology at the University, where they still revere the traditions he laid down.

— Apparently, one of the objectives of the University was to preserve in exile of the Ukrainian language?

— Of course. And the importance of this was well understood by Masaryk, supported these initiatives. Besides the University, there existed a Ukrainian higher pedagogical Institute. Dragomanov. This University and worked in Kiev (I went there) called pedagogical Institute. Gorky. Now the capital of Ukraine, he again called the national pedagogical University named M. P. Drahomanov. And in the years of exile “Dragomanova” moved here. With them here proved to be an outstanding teacher Sofia Rusova involved in child upbringing and preschool education. She is buried in Prague’s olšany cemetery. Interestingly, in 1876 Sophia Rusova along with her husband published in Prague “Kobzar” Taras Shevchenko. Opletalova on the street, in the former Gregorova printing, you can see a memorial plaque dedicated to this event.

— Who was the youth coming into these schools?

— It was those who were part of the Ukrainian Galician army. First they fought on the side of Austria-Hungary, becoming then the army of the Ukrainian people’s Republic, defended Kiev and other Ukrainian cities from the red army. Then were forced to retreat, and here they even organized several military settlements. For example, in Liberec, has the graves of deceased Ukrainian soldiers there. At first it was a closed camp — although they were not considered prisoners of war, but were under the control of the authorities, as it was a military force. However, as Masaryk understood that these people need help, they are suggested to learn here, and for the purpose of admission to University, they were given the right to leave the camp. In addition to the previously named schools, in poděbrady also offers a Ukrainian technical Institute and an agricultural Academy, where in the heyday of the studied simultaneously more than 700 people.

Russians and Ukrainians in interwar Czechoslovakia were approximately in the same position — both of the Diaspora has received support from the Czechoslovak state, both trying to preserve their culture and language, and those and others were previously subjects of one Empire, and they both fled from the Bolsheviks. What were relations between them?

— Aware of some personal contacts, primarily those of Russian immigrants who understood that the Ukrainians are an independent nation, and Ukraine — an independent state. When the Russians got here, I found that there are peoples, such as Slovaks, of which five million Czechs… So Ukrainians are “some” forty million, can also be an independent people. With these Russian immigrants developed a normal relationship. Even the Church at the olšany cemetery was built on the jointly collected funds, because some of the Ukrainians were not Greek Catholics and Orthodox. Worship was conducted in the old Slavonic language, common to all Orthodox Ukrainians, many of whom moved from Kiev were there on equal terms.

— That is part of the Ukrainian emigration belonged to the Orthodox and of Greek-Catholic Church. What are the churches in Prague were used by both communities?

— At the olšany cemetery, as already stated, was built a small Orthodox Church of the assumption. In new buildings, a large there was no need, because many citizens of Czechoslovakia were either atheists or Protestants who did not go to Catholic churches, so the Catholic Church gave one of the most beautiful churches in Prague — the Church of St. Clement, decorated with sculptures by Matthias Bernard Braun. This Church is located right on the Royal road on Karlova street. If you go down from the Charles bridge and head to the Old City, at first you see a unique Church of St. Salvador, and it is almost one wall to the Church of St. Clement, because they are connected. Our temple is a little further along Karlova street and at the entrance to it is Italian chapel. “Vlachs” in Bohemia called the Italians who built it once for yourself. It is a complex of Clementinum, where today the national library.

So when in Prague there are many Greek Catholics from Ukraine, city authorities gave them this Church?

Yes. Today, we have there are three worship services that take place in the Ukrainian language. Also in Prague is still one Church to go to the Kiev Patriarchate Orthodox Transcarpathia — the Church of the Annunciation of the virgin Mary in the area Albertov, which was originally Catholic and were transferred to the Ukrainian Diaspora in the 1920-ies. Some attend Church at the olšany cemetery and, as far as I know, some of them do Czech Orthodox Cathedral of saints Cyril and Methodius on Resslova the street.

— Russian emigration, as we know, published a lot of their Newspapers and magazines, which published well-known writers, politicians. And that was published in interwar Czechoslovakia Ukrainians?

— Various publications was very high. It was primarily textbooks, which are stored in the Economic Academy in Podebrady.

A large collection of books gathered in the Museum of Nymburk. Recently the staff of the Museum held a special exhibition — they have huge funds for all subjects. Every University published their own periodicals — a magazine was, for example, the Ukrainian free University.

Published poetry — for example, there lived a very famous Ukrainian poet Oleksandr Oles. And his son Oleg Olzhych, a distinguished archaeologist, who studied in Prague and died in the Sachsenhausen concentration camp. Published work Sofia Rasovoi, wonderful teacher Stepan Siropolko, who taught in the Czech schools… 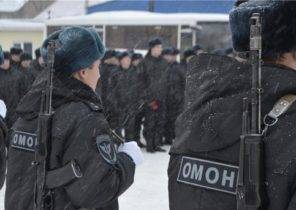