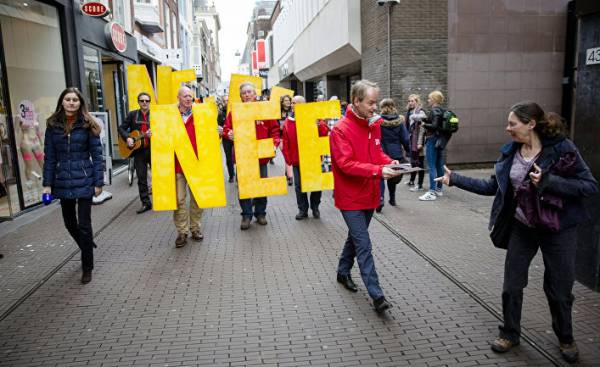 The house of representatives of the Parliament of the Netherlands voted for the ratification of the Association Agreement with Ukraine. This is not an occasion for pathos, but clearly a positive event, after more than eighteen months of red tape. After all, the Netherlands in 2015 has already ratified our agreement, but then the process stopped a referendum eurosceptics, the first such in the history of the country and the EU as a whole. On 6 April 2016, slightly more than 20% of the electorate — but 61% came to the polling stations, voted against the agreement with Ukraine.

The referendum and the events after it became exhausting story, but useful lessons. For the Netherlands, the EU and Ukraine. However, there is still a vote in the Senate, the risk of which should not be underestimated. In this article “European truth” explains what Kiev is left to handle, and recalls the main sharp turns of this story.

The lesson for the Netherlands: the lie reaches the goal

The influential American newspaper the New York Times devoted to the Dutch referendum in 2016 recent investigation with the loud name: “Fake news, the fake Ukrainians: as a group of Russians rocked the vote in the Netherlands.”

In particular, the paper explored how a Dutch MP, a socialist Harry van Bommel together with the so-called “Ukrainian team” campaigned last year against the Association Agreement. “They attended public meetings, appeared on television and used social media, describing the Ukrainian government as “bloodthirsty kleptocracy, unworthy of the Dutch support,” writes The New York Times. The investigation shows that the agitators did not hesitate nor manipulation or banal lie. Starting with the fact that was posing as Ukrainians, whereas at least the key figures were Russians.

Van Bommel in communication with NYT did not exclude the presence of Russians in his “Ukrainian team”, explaining that “to check passports — not his job”. “I’m actually quite shocked at this, says in article one of the Dutch parliamentarians that are sympathetic to Ukraine. — People seemed to be Ukrainians, but actually were Russians”. The success of these manipulations is the main lesson for the Netherlands.

Still it was hard to imagine how the country’s Mature democracy fairly small group of people could achieve political results at the expense of outright lies and dirty tricks. Because the arguments of the proponents of the referendum had nothing to do with reality — for example, the Dutch argued that the Association provides to citizens of Ukraine the right to work in the EU or that the agreement guarantees Ukraine a membership perspective.

The Dutch operation was at least supported and most likely instigated from outside. Neither politicians nor improved over the centuries the institutions of civil society nor the media are unable or unwilling to do anything about it. But it is not necessary to see in this story is just anti-explanation. After the referendum hurt not only us. The second key “victims” was the EU itself.

Still, not only in the Netherlands nor in any other country of the EU referendums, similar to last year, it was not. For the first time in the history of the Union of a small part of the voters only in one of the 28 member States were able to stop pan-European agreement, the ratification of which has been completed. The agreement did not provide for referenda in individual States. Which is almost completely within the competence of Brussels and not the Hague. It is therefore not surprising that the referendum, on 6 April opened a kind of parade of skeptics, the next achievement which was Brexit.

Lessons for the European Union: the Russian influence and their own vulnerability

Russian intervention in the Dutch vote was a lesson for the whole EU. Someone even believes that the campaign in the Netherlands was a training springboard before the us elections in the fall of 2016.

For the European Union is extremely important to learn from this lesson — given the number of important elections in the EU this year — again, in the Netherlands and in France, Germany and perhaps Italy. No doubt that the Kremlin is struggling will try not to lose the chance to break up the EU or at least to inflict significant damage.

You need to get more and more power in the EU got politicians like marine Le Pen. By the way, in the Netherlands there is its analog — the far-right “freedom Party” of Geert Wilders, which was one of the key agitators against the Association.

For several months the party of Wilders is the leader of pre-election ratings. However, in the light of recent scandals around the fake referendum and the attempts of the Russians to crack IT-infrastructure the Dutch authorities, the popularity of the radicals slightly decreased.

Another serious lesson in Dutch history was the vulnerability of the EU to non-standard situations created by one of the member States. The EU treaties provide for many scenarios, but certainly not all. Answer in the Netherlands the referendum was not found, so I had long and hard to invent others. Leave satisfied and Brussels, and the Hague, were found already at the end of 2016.

In December, the European Council adopted a political document that is not covered by any EU rules — “the decision of heads of state and government”, consisting of six points. In it, in particular, confirmed that the agreement does not provide for:

These items make up the list of claims to the agreement made during the campaign in the Netherlands. But we analyzed in detail this document, and there was not a single thesis beyond what is already provided by the text of the Association Agreement (see article “What is promised to the Netherlands for the Association? Risk analysis and maintenance agreements”). Thus, in the referendum, the Dutch voted against what is in the agreement.

And the decision of the European Council simply repeated the provisions of the participants agreement, only the other way. It would be funny if not so sad. In any case, for the European Union, this story serves as an occasion to reflect on the changing decision-making rules and sequence of actions for the future in the case when the situation in one of the member countries could disrupt the process of decision-making. And possibly the EU in General.

Lesson for Ukraine: to appreciate, not to sabotage

For us, the situation with the Association and the Netherlands — one of many signals indicating the threatening unpredictability of the modern world. Even those parts of it which seemed to be stable, exemplary, immutable. It is not only a good lesson for Ukraine, but also a reason to appreciate even more the Association Agreement with the EU, which has been held for a second test. The first was the refusal of Yanukovych to sign the document in November 2013.

Thursday was enough happy, sometimes pathetic comments from deputies and officials. But it would be nice if a positive vote in the Netherlands reminded them about the poor state of implementation of the Association Agreement in Ukraine. And even better, spurred on to more productive work.

Ukraine has the ability to perform the Association Agreement — including its requirements, clearly tied to the time frame, from 1 November 2014, i.e. from the first day of provisional application of the agreement. But according to experts, Ukraine currently performs only a small part of their obligations.

Among the problems — slow work of the Parliament, bureaucratic procedures in the government and staffing issues in government agencies. But all too often just not enough political will or the interests of individuals or groups to take precedence.

One of the symbols of ignoring the Association has become the story of the failure of two important environmental laws, provided by the agreement: “On the assessment of environmental impact and strategic environmental assessment”, without which the export of a number of Ukrainian goods difficult. The Parliament adopted these laws in October 2016, but President Clinton soon vetoed them. As they say in the result of the efforts of lobbyists from big business. This problematic history is not the only way to the effective performance of the Association.

Task for all: how to complete the ratification

The vote of the lower house was an important step. And really good that it ended before the election — otherwise the ratification would be delayed at least months and possibly years (because who knows what will be the composition of the Parliament and the government after the election).

But it would be a mistake to stop all efforts at this point. In order to bring the ratification up to the finals, you have to go through three more steps. First and foremost — a vote in the Senate of the Netherlands. Then there will be two smaller and more formal — the signature of the king and the transfer of the instruments of ratification in Brussels.

“European Pravda” met with the involved in the process, diplomats and politicians. The conclusion is that the predictions about the Senate is cautiously positive, now there is an agreement about support, but confidence that it will continue after the elections, no. The electoral system in the Netherlands, where there is a bicameral Parliament significantly different from the Ukrainian. In the elections, which are scheduled for March 15, will change only the composition of the lower chamber, the top will remain unchanged. However, the results of the elections, namely the victory of Pro-European or anti-European parties, it can affect the mood of the deputies.

The fact that the Senate, with 75 deputies, the government of Mark Rutte has long lost its majority. Formally, the Pro-government parties retain only 21 votes out of 75. Another 10 votes in support of the Association will certainly give a Pro-European party D66, which was one of the main “friends of Ukraine” in last year’s referendum. But for the most part still missing seven bayonets. And score them in the upper house of Parliament, where as many as 12 parties, is not so easy.

Numerous sources indicate that the government of Mark Rutte relies on personal agreements with the seven members of the “Christian democratic appeal” (CDA) is a centre-right party, which once was a key political force in the country, but over the last decade has significantly lost popularity and is now seeking its place in the new political realities.

In CDA there are a few deputies do not hide that are ready to support Ukraine, and a few that are silent on this issue. The fact that most of their members participating in the March elections — public opponents of Association with Ukraine. 23 February in the lower house faction CDA almost unanimously voted against ratifying the Agreement. Therefore, to make “people” this dispute party until the elections, nobody wants. At the same time, after the election this constraint will not be — that is why the vote in the Senate was postponed until after the election.

Now Ukraine it is hoped that agreements will be observed. Not just hope, but to work on their compliance to meet once again to convince colleagues. Because of automaticity in the voting is definitely not. Even under existing agreements, supporters of Ukraine has the advantage of only one vote. But despite this, now there is every reason to cautious, but still optimistic.

The completion of the election campaign should reduce the degree of populism among Dutch politicians. And the news about the fakes that accompanied the referendum and of Russia’s intervention in national policies able to gain us some votes. So — we continue to work in the Netherlands. Reason to hope for success there. 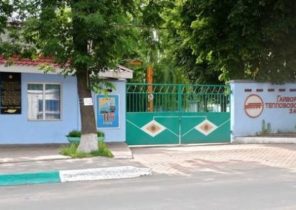