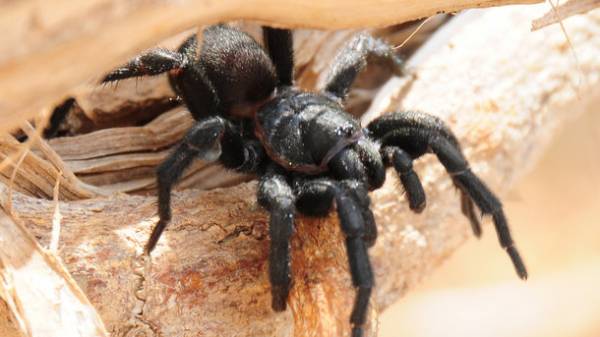 In Australia, doctors managed to save the child after the bite of the Sydney leucopoenia spider, who is considered the most poisonous in the world, reports the BBC.

The incident occurred in the town of Berkeley Vale on the South-East of the country. Ten-year Matthew Mitchell helped his father clean out the barn, when suddenly I felt a pain in his finger. Soon the boy began to convulse and his mouth started foaming.

Father immediately took the child to a local hospital, where he had 12 injections of the antidote. Tolerated dose of antidote, according to the journalists, was exceeded three times.

Found at the scene leucopoenia spider was sent to the Australian reptile Park, where it will remove all the poison.

Director Park said that Matthew “lucky so much as yourself at all you can imagine.”

Sydney leucopoenia, or funnel web (lat. Atrax robustus) is a spider of the family Hexathelidae, the only of the genus Atrax. The representative of the Australian continent. Funnel web is one of the few types of spiders that can cause serious harm to human health, and sometimes even to kill him.

One bite of this spider is enough to kill a child. Death usually occurs within 15 minutes. In the venom contain toxins, affecting primarily the human nervous system. Interestingly, the venom of this spider is dangerous only to humans and primates, whereas in other mammals it does not work.