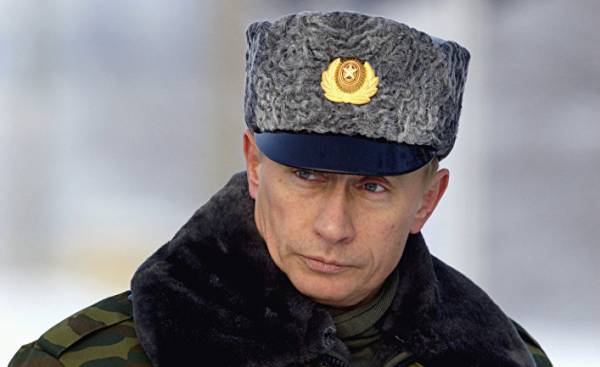 Some almost miraculously, NATO and Russia with the West for a few years changed roles.

Until recently the West was considered strong. The Russian leadership under President Vladimir Putin, by contrast, complained that the country is “surrounded by NATO,” and that the West ignores the “legitimate interests of Russia in the field of security,” getting closer moving closer to the Russian borders of their organizations (NATO, EU). In short, if the West threatens Russia, and she must be protected. In recent years, these complaints sound more and more arrogant tone.

And in the West accumulate rather timid fears. They say that Russia wants to undermine Western society. Under President Vladimir Putin, the country supposed to lead a covert war, not only against the West but against the concept of democratic open society in General. Increasingly, we are talking about a new cold war. It sounds like irony, but for many years Russia complains that the West it’s like I never refused the modus of the cold war and always thought of Russia as an enemy, even after the collapse of the Soviet Union.

These changes began almost imperceptibly, after an often-cited Munich speech of Vladimir Putin at a security conference ten years ago. With the annexation of Crimea by Russia and a war that Russia is waging in Eastern Ukraine, it became clear and to the wider public. At the same time more and more people in Russia but in the West, too, began to talk about the weakness of the West, the weakness of which as a historical natural phenomenon sooner or later will lead to the decline of its democratic based on the principle of the social system and to the rise of a new world and social order under the supervision and with the participation of Russia. 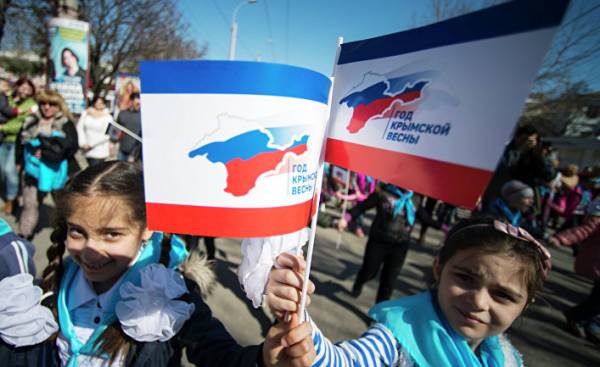 In the summer of 2015, Russian troops intervened in a civil war in Syria, the US and its allies did nothing against it, and the weakness of the West have started talking even louder. But the dominant trend it began last year after the vote on Brexia and, above all, winning elections in the United States Donald trump. Many predict such a development in the near future foresee after further crucial elections (France and Germany) end of the West.

The New York Times and the Washington Post for several months without getting tired explain, that trump owes his victory to Putin’s hackers. The monthly New Yorker magazine in its March issue describes many of the pages of the US as the dark, trapped in the network of evil country. Donald trump called “Putin’s puppet” and “innocent agent” of Moscow. The magazine Vanity Fair went a little further and set out in the November issue Is Trump a Manchurian Candidate? The survey company YouGov in December 2016 showed that half of Americans in the US believe that “Russia intervened in the counting of votes”.

The seriousness of the situation became apparent

In other Western countries, including Germany, growing public fear of Russia. The newspaper Die Zeit has set February 23 this year, on the cover page of the Reichstag in the crosshairs and the question is: “Germany under the gun?” Similar headlines, stories and editorials can be found in the publications of the Welt or Spiegel. Also the TV channels ARD and ZDF do not forget the fantastic scenarios about the fall of the West. A real festival of prophets of doomsday and Apocalypse predictors. The last time this could be observed in the early 1980s, when Ronald Reagan (Ronald Reagan) represented in the East the Kingdom of evil, and many people in the West, including me, after the so-called “Double decision of NATO” was very afraid to start a nuclear war.

Of course, a lot of truth in this. The situation is serious, very serious. Russia is waging in Ukraine, that is in the center of Europe, war and the annexation of Crimea has overturned the peaceful post-war order on the continent. None of the bordering Russian States cannot be confident in the security of its borders. The NATO Alliance is fragile, and the EU is in a deep state of uncertainty.

The Russian government is trying in various ways to influence political processes in the West. The choice of media ranges from fake news transmitted through the media working for the Russian money, or even money to the governments in Western countries, to cooperation with political parties and individual politicians and their commitment, including financial support, to factories Internet trolls in social networks. This includes, as far as we can judge, the operation of the secret services, including the target of a hacker attack on the Democratic party in the United States or the German Bundestag. Wikileaks also increasingly produces the impression that it belongs to the Arsenal of the Kremlin.

Not to learn Russian facts

Thus, the position of the West is critical because of Brexia, trump, marine Le Pen (Marine Le Pen) as a possible President of France, at least until recently, increasing the right – and often also lipopolysaccha movements in many Western countries. In critical situations there are, however, two errors which it is necessary to avoid: panic and embellishment of reality. Time embellishing reality, fortunately, largely disappeared, as against Russia, and in relation to their own situation. It seems that the gravity of the situation realized. So, we can to avoid panic.

Russia is an important and influential factor in international politics. As well as national and international policies increasingly intersect with each other, this influence is also spreading to other countries. In fact, there are many signs that Russia seeks to weaken what it calls from a distance Western world order. In the dominant Russian mindset zero-sum weak the West is strong and Russia.

In this way, there is nothing new, just the West apparently forgot it. The same systematically for decades until the end of the cold war, tried to do the Soviet Union, and still he lost. The weaknesses in his own system, but above all the appeal and power of the West was stronger. This is what we should remember.

Besides, opportunities to influence the policy of any country much less than is often assumed. My experience of living in Russia for more than 25 years, most of which I on the instructions of the Heinrich böll Foundation was engaged in support of democracy, taught me modesty. You probably want to support trends in other societies. But make trends is simply impossible. The Russian leadership looks at it differently, and as a result a kind of persecution mania for many years in all parts of the West seems to see of the nascent revolution. However, this is not a counterargument. It is only evidence that Russia, with high probability, overestimates also their opportunities.

Russia is not as strong as the USSR once

Yes, Russia under Putin has again become stronger. But it is not as strong as was once the Soviet Union. The current hysteria about Russian interference in Western society more evidence of our own weakness, than strength of Russia. To be more precise, it first of all testifies to our own insecurities. Currently, Putin’s inflated to the size of almost omnipotent giant — out of shame or fear of uncertainty or calculation, or simply because it is impossible to trump, Le Pen and all other our — our, not his — were monsters.

Of course, he could do a lot. But not all that he is now credited. It has long been one of the main features of Putin’s policies — it comes in matches with opponents of a higher weight category. Putin’s policy is not the cause but the symptom of the crisis of the liberal-democratic social model, open societies of the West.

The demonization of Putin and the Russian recognition of the picture of the history of the world in Hobbes or Darwin, where the struggle for survival, everyone is fighting against everyone leads, however, to the fact that something dies. Namely, democratic principles and the progress of civilization, as the distinction between war and politics. 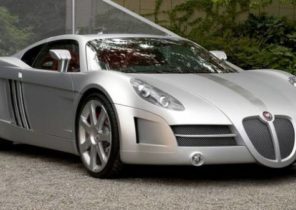