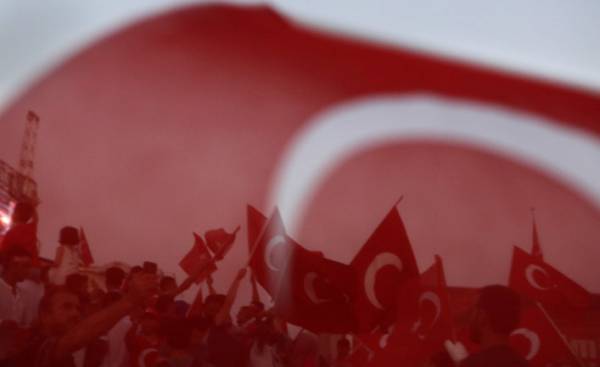 In July 2016, the next day after the unsuccessful attempt of a military coup, Turkey’s President Recep Tayyip Erdogan called the incident “a gift from God” that will allow him to purify the army and the state apparatus from the terrorists who have entrenched themselves there. The subsequent cleaning was indeed of colossal proportions. The victims were not only the rebellious officers, but also many opponents of the current government — both real and imaginary — in local administrations, the media, schools and universities, culture and business. The government has launched a large-scale campaign against critics of the government, social networks and so-called enemies of the state. And now, after a total Stripping, the Turkish government began a radical restructuring of the entire state system of the country.

The tense atmosphere after a failed coup and regional crises allowed the Turkish leadership to rapidly proceed to the discussion of the new Constitution, which the President will have broad authority without specific limitations. Turkey says government needs a strong leader, which is enough to consult the opinion of the citizens every five years. On 21 January the members of the Turkish Parliament approved a draft Constitution, and on April 2 he will be put to a referendum, if the constitutional court does not prevent the running of the appeal submitted by the opposition.

Heated disputes in the Parliament, however, showed that even within the ruling justice and development for this reason there is no unity. For the draft Constitution, the parliamentarians voted not secretly, but openly — obviously, this happened under pressure from the leadership of the AKP. The faction of the Pro-Kurdish peoples ‘ Democratic party abstained from voting in protest — many deputies from the party are in custody and awaiting trial. But now only a referendum can stop the transition of Turkey to the system of the sole reign.

Under the new Constitution the system of governance will change dramatically. The post of Prime Minister is abolished, the President will appoint the Vice-presidents and Ministers, and his decrees would have the force of law. The head of state will be able to combine this post with the post of leader of the ruling party and, thus, will decide which of its members earned the right to stand for Parliament. The President also strengthen control over the Supreme Board of judges and prosecutors — the body responsible for appointments in the judiciary. Four members will be directly appointed by the head of state for another seven to be elected by the Parliament, and Deputy Minister of justice will be members of the Council ex officio.

Under the new Constitution, presidential and parliamentary elections are held simultaneously every five years. As a result, all eyes will be on the presidential campaign that will further reduce the importance of Parliament. In addition, the Parliament will lose the right to direct parliamentary inquiries to the government, and the Cabinet will no longer be accountable to Parliament.

The logic of this system, Erdogan began to sound after the presidential elections of 2014: every President for the first time in the country’s history directly elected by a majority of votes, his policy is completely legitimate and should not be challenged legislative or judicial power, not to mention civil society or some other force. The Turkish authorities insisted that the time has come to adapt the Constitution to the new political reality.

If the new Constitution is approved, Erdogan will not only have at its disposal all the levers of power, but also be able to impose on the country a conservative religious order, reflecting the views of about half of Turkey’s population. Religious conservatives who believe that since 1923, the country is under the oppression of Kemalism, now direct society in the right way. And do it despite the fact that in the parliamentary elections in June 2015, the voters filed another signal: the majority rejected the President’s policies and voted for other parties.

If Erdogan will achieve his goal, he is, in fact, will destroy the secular foundations of the Republic, proclaimed in 1923 by Kemal Ataturk. Then Turkey began to focus on Western legal and cultural standards changed even the names of the citizens and the alphabet. A departure from adopted then the system will lead to unpredictable consequences in the political and socio-economic life of Turkey.

Erdogan in 2017 waiting for a few tests. The situation in the security sphere and in the economy, deplorable law enforcement agencies in a serious crisis, and foreign allies of the current government. In such circumstances, Erdogan will not be easy to achieve two of their main goals: to go to religious-conservative structure of society and sole rule.

For this, the Turkish leader may have to continue to explain all the country’s problems theories of internal and external conspiracies even more pressure on the liberal sections of Turkish society, to abandon the prospect of peaceful coexistence with the Kurds and force to push through a new Constitution in a referendum. It hardly promises to Turkey, the future of peace, although, according to some observers, after the January parliamentary vote, the opposition has rather to surrender than to keep fighting.

The European Union and the United States understands that after the referendum Turkey will probably cease to be their partner and a country that respects ethnic, social and religious diversity. The strengthening of the authoritarian regime is contrary to the membership in NATO and the Council of Europe and put an end to the idea of Turkey joining the EU. Fastest negative consequences will manifest in the field of Economics.

Some experts believe that the split between Turkey and the West really will please the European leaders: those, like, a long time dream to limit their relationship with Erdogan on issues of trade, terrorism and the refugee problem. In turn, the Turkish President of the relief to stop thinking about the European norms, the implementation of which in the course of further European integration would limit his power. If the calculation really is, both sides will soon be convinced that the negative consequences of divorce is more than block these benefits.

The citizens of Turkey now rests a tremendous historical responsibility. At the April referendum will be made the most important decision in the history of Turkey since the proclamation of the Turkish Republic in 1923. 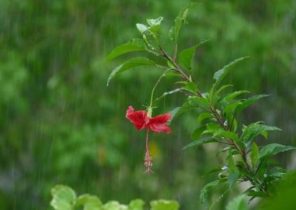