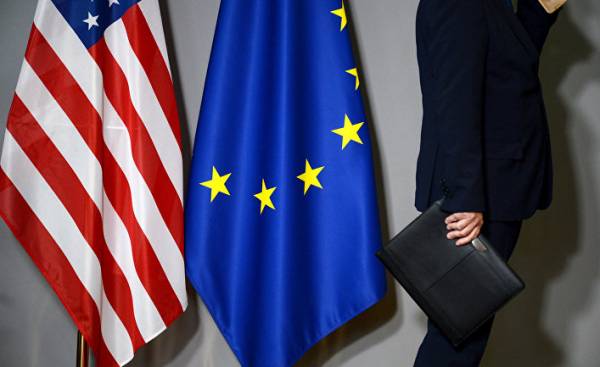 Whether French culture is still to be something else, in addition to the approval of certain features in Western part and in the end of American civilization? The philosopher régis Debray believes that the old European civilization becomes obsolete, being drawn into the rhythm of the modern Internet giants. He explains this view, which was presented in his last book “Civilization. How we became Americans”.

Nonfiction: In your book, you reiterate the thesis that the end of European civilization should not evoke nostalgia, and that destruction can produce something new and wonderful. Whatever it was, it traced a melancholy, if you will learn more not home. There are no contradictions between the declared neutrality and clearly marked with sadness?

Régis Debray: In the book, it should be noted two stages. The first is a statement of the metamorphoses of landscape in France, intellectual and commercial level. I limit myself to a kind of Protocol, references to the past. In the second phase, I try to absorb all of that. Aimed at long-term historical reflection suggests that metamorphosis is a historical constant: an endless process of civilizational transformation. The end of the world is never a real end: the end of hegemony paustovskii not marked the end of Paustovsky ideas of man. I note only the phenomenon of translation, transmission and continuity. Anyway, you cannot forbid a person to be sad about the disappearance of his tongue. Of course, there is nothing catastrophic: it’s just a change. But “Gallo Rican” can still feel a certain nostalgia for the great-grandfather of Burgundy, in spite of undeniable technological and cultural progress.

— You make many references to Hegel, in particular to its historical dialectics. Anyway, you don’t agree with the idea of end of history and dramatically speak of Fukuyama, who drew inspiration from Hegelian prose.

Like postmarxist I posthegemonic. The sun of history rises in the East and sets in the West. Of course, I do not believe that the Prussian state in 1840 put an end to history. Anyway, the conceptual category is dependent on the state of civil society to my liking, I see it as driven by the mind of the government synthesis. From Fukuyama I do not like the following promise: if we, liberal capitalism defeated the Soviet Union, then the story is over.

— Fukuyama is not like the right “last man”, wrote about Nietzsche in “thus spoke Zarathustra”? If you see American figure of the last man…

— “All things associated with contention”. The refusal of the US of the words of Heraclitus seems to me a symptom of the rejection of pain, tears and all, that everyone feels in life. They’ve changed the end of the Holy on the development of individual, that might resemble the last man Nietzsche. Anyway, all this does not negate the Hegelian invariant: approved only possible through opposition, although it is necessary to avoid extremes. Fortunately, now it is symbolic, informational, and economic.

— In your previous work “Consider the facts” you’re talking about a turning point in the twentieth century, which gave rise to many disasters. Do not you think that the XXI century will be to face destruction, as indicated by populism and right-wing authoritarianism?

— I noted in the first turn from synthesis to Analytics, from social to individual. The society of individuals is no longer a part out of scope of the community, which is consistent with the protection of common interests. In other words, civilization is gaining strength ego. It is this Jacobin spirit I meant by turning right. Anyway, here there is a second meaning: the revival of identity, a return to identity.

— You are unhappy that the French University environment confined within the departments and review. How, in your opinion, this isolation is connected with the influence of American civilization?

— I can mention two streams that have contributed to the denigration of French philosophy. First of all, from 1940-ies, we observe the Germanization of French philosophy influenced Husserl, Heidegger, hermeneutics and naegeliana: it carries a blueprint taken from the German jargon. Then, from the 1960s years, gaining the strength of us influence: “the linguistic turn”. This philosophy of language is exacerbated by the strong specialization that Comte called “dispersive idiocy”. In this respect, positivism was criticized empiricism as the cult of the fact. This meant the end of French culture: Montaigne, Pascal, Descartes, Montesquieu, and Valerie was discounted as thinkers, as was the prose. They were mockingly called “continental philosophy”: I have already expressed regret about this in “the Intellectual power of France.”

When you do philosophy, you need to choose one or the other. Or you write a scientific article, philosophical notes, vocabulary, a bibliography and a leisurely description of the concept, and you few will read, except maybe a few colleagues. Either you clean all the clutter and lexicon, which is twice harder and brings less than half.

— At the end of the book you say that the Arab civilization is unable to pose a serious threat to European culture. But how do you then assess the current complex situation in Islam?

— Historian Arnold Toynbee (Arnold Toynbee) have identified two types of reactions dominated cultures in the dominant. Either you compromise as Japan, Meiji (it took Western technology to preserve Japanese culture), and integration, like progressive Muslims in the Mediterranean region. Either you shut up in his monastery and fight for a couple with its archaic identity. Islam, apparently, is torn between these two ways and, I think, does not carry enough components for the formation of civilization. He has no need of opportunities in the technological, literary, and cinematic production. So it does not pose long-term threats. Yes, Islamist violence takes the awkward scale efforts videosvery, but in the long run he fails to get the upper hand. Anyway, we can’t recognize him one superiority: the acceptance of death…

— I wonder what you are talking about Meiji: Mishima ultimately decided that technology has ruined culture, and he put her on a suicide path.

— Yes, parallel with Moimoi, indeed, is of interest. In the end, self-isolation is disastrous. But at the same time it brings hope and becomes a nationalist focus on the future…

— There is also the example of China, where the spirit of Confucianism persists despite the RAID of modern capitalism.

— The case of China is very interesting. It is quite ancient and great civilization to play on an equal footing with the West. Since the days of Deng Xiaoping they are actively on the integration in economic and industrial terms, however, carefully preserved by the national-Communist ideology. In this respect, Marxism was a way of Zapadnaya East. In 1911, sun Yat Lou wrote: “down with Chinese medicine!” For a long time, the Chinese played card Marx against Confucius.

— It is worth noting that you almost don’t use the word “identity.” François Julien (François Jullien), which you quote in the book, opposed this concept in a recent interview with Nonfiction. What status you confer “cultural identity”?

— I appreciate françois Julien. The concept of identity I also do not like because it implies a static, defined, limited state. If we need to talk about identity, it is likely to be viewed as a process, work on themselves, even on the basis of heritage, which restricts the job. I like the concept of “personality”.

In the middle of the book you cite the chronology of events that accelerated the Americanization of Europe. Surprisingly, no mention is made of the events of may 1968: why don’t they seem important?

You’re right, it’s an unfortunate omission. The events of may 1968 hastened the Americanization, which has put the civil society above the state, the prestigious higher institutes. This jump, as always passed on the red flag: to turn right, you must first shift to the left. From that moment such professions as public relations and marketing has occupied a firm place in our society.

The book ends with timid hope: France needs a smart and defending its culture leader. Although you recently were critical of Emanuele the Makron, don’t you think that he can embody this duality in the light of discontent about his vertical of power?

— Let’s judge by deeds. Let’s see how everything goes. Emmanuel macron, of course, is a controversial and therefore very interesting personality.