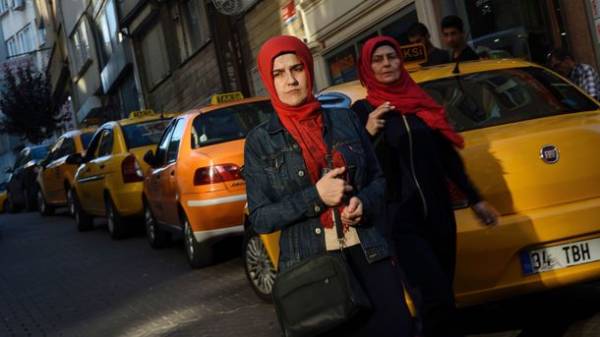 In the Turkish armed forces repealed a ban on wearing traditional Muslim headwear. Still women in the Turkish army were forbidden to wear hijabs, niqabs and burkas, transmits Bi-bi-si.

The lifting of the ban will affect until only the women officers serving in the General staff or the command headquarters branches of the military.

Women can wear a head scarf under the cap, or a beret, but close handkerchief face impossible.

The lifting of the ban on wearing Muslim headgear – the part of the political platform of the ruling party “Justice and development”, co-founded by President Recep Tayyip Erdogan.

In 2010, Turkey lifted the ban on headscarves in universities, in 2013 in state institutions, in 2014 – in secondary schools.