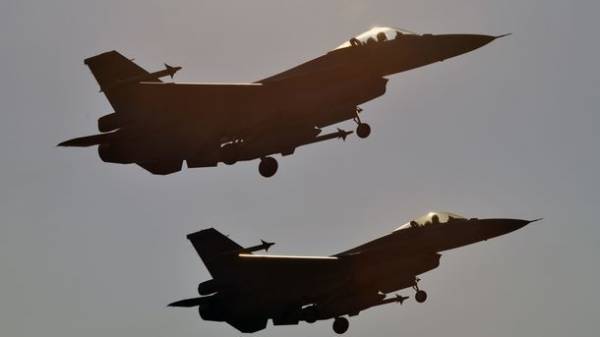 The district court of the city of Naha (Okinawa Prefecture) ordered the Japanese government to pay compensation to local residents for noise from aircraft, the U.S. air force, located at the base of Kadena. On Thursday, February 23, according to NHK television station.

The payment amount on the class action suit, which was attended by 22 thousand people, is 30 billion yen (about 264 million).

The court satisfied the claim of local residents, who felt that the noise from U.S. aircraft exceeds statutory limits, both day and night time, leading to health problems. However, the court rejected the claim on the complete ban on the flights of military aircraft and convertiplanes MV-22 Osprey in the area, notes TASS.

At the end of last year, the court made a similar decision at the suit of the Japanese living next to another U.S. air base Futenma on Okinawa. Then the state required to pay compensation in the amount of 2.45 billion yen (22 million dollars).

In addition, on December 26, Okinawa Governor Takeshi Onaga in accordance with the decision of the Supreme court of Japan overturned a ban on work on the transfer of U.S. military base Futenma in the Prefecture. However, he has promised to continue using the courts to achieve the withdrawal of American military facilities from the territory of Okinawa.

On the island of Okinawa is the main part of the American military facilities in Japan, including the largest outside the US air force base. The island also deployed marine division. In total in Okinawa there are about 50 million Americans, 30 thousand of which — the military personnel and military bases.